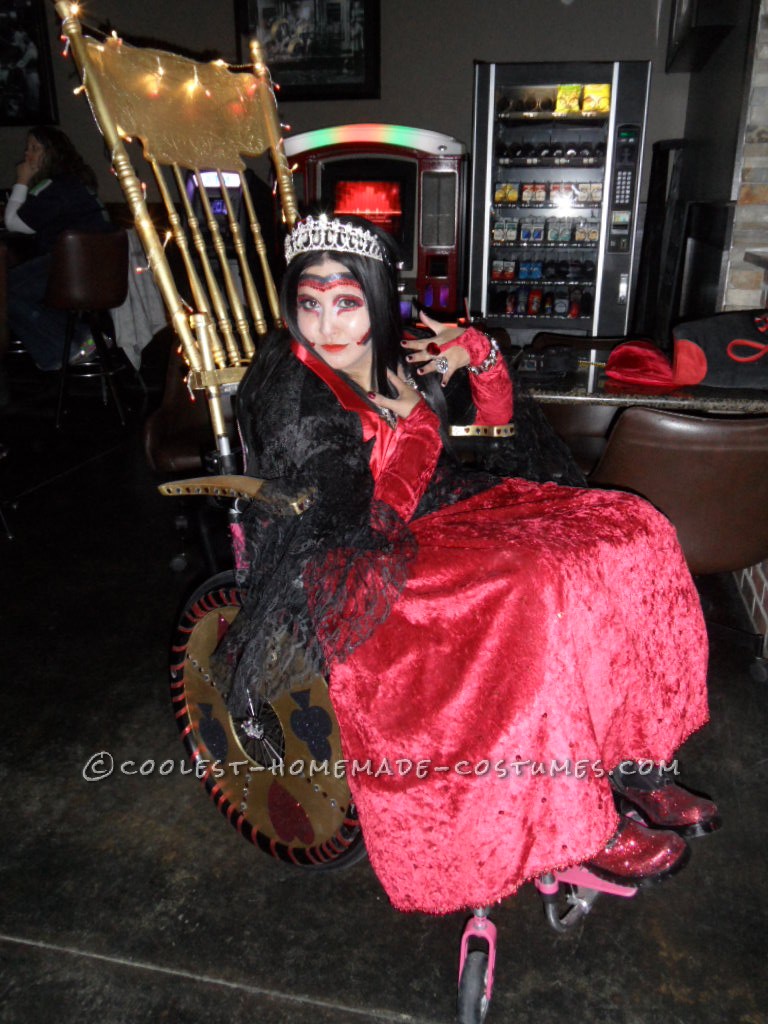 I, Kristina Allen am wearing this Queen of Hearts costume that I came up with on my own. I wanted to incorporate my wheelchair and make that into a beautiful throne for that added flare and touch to the costume. I wanted a ball gown type of dress, but I was on a budget. The Queen of Hearts dresses sold online were beautiful, but a little bit out of my price range. I found this devil/vampire dress for $35 and decided to add my own embellishments to it. I taught myself to sew with the help of YouTube and learned how to sew on heart sequins and heart fringe that I bought on eBay. The dress still needed something to make it pop so I spray painted it with red glitter spray paint, and yes it does work on fabric.

The throne was made out of an old rocking chair that I found on Craigslist for $10. I had my father saw off the rocking part and he came up with the idea to secure the back using some metal pipe and sticking them in where my wheelchair handles go. He drilled two holes in the chair back and helped me find the right piping to make it secure. That way the back just slipped in and out of the chair.

I spray painted the back with gold pain – a couple of coats and let each side dry. After that I added a couple of coats of glitter gold spray paint to give it that antique gold throne look. After it was dry I added some diamond and heart rhinestones to the top and around the bottom for some extra detail. I Velcroed battery operated lights to the bottom and weaved them up and around the chair to make it stand out a little more.

I wrapped my wheels in glittery ribbon and made my spoke guards out of foam board. I used my original spoke guards as a pattern to trace so the foam board would fit and cut that out with a razor blade. I spray painted it with the same gold and glitter spray paint I used on the chair, but to get that to stay and not bubble I had to first coat the foam board in Mod Podge glue. I gave it a couple of coats and let that dry. I then stenciled the hearts, spades, diamonds, and clubs onto each foam board. I colored them in with red and black permanent marker and then applied Mod Podge glue to each suit very carefully and then adding super fine red and black glitter to each. Let each one dry before moving onto the next glitter section or your colors will mix. I used a fine tip bottle for the Mod Podge glue which helped in filling each shape perfectly. Once the glitter was dry I hot glued heart and diamond rhinestones between the different suits.

I also used the existing arm rests from the rocking chair on my chair. I spray painted them with gold and glitter spray paint and also adorned them with heart and diamond rhinestones. I then hot glued some Velcro to an old pair of wheelchair arm rests. I also used some zip ties to hold them on a little better.

I also used an old pair of boots and added some glitter after following some instructions I saw online. I used a clean makeup sponge and dipped that in Mod Podge and then applied that to the boot in sections. I didn’t take the time to tape off the edges, but with that small of a sponge I didn’t need to. The boots came out fabulous!

I did all my own makeup and a friend did my hair. I used my crown for when I was Ms. Wheelchair South Dakota and bought a beautiful necklace and earring set to make the dress. I also got some heart rings at the Halloween store to complete the look.I bought some beautiful heart rhinestone buttons, but didn’t have a clue on what to use them for. I snapped off the back and hot glued them to a plain silver bracelet. It came out gorgeous and I will wear it with normal clothes!

I had an absolute blast in this costume and it was received well by others. My friends went as the White Rabbit and Alice. And when Alice couldn’t come for the second night of going out we found another one to pose for photos with us. We did see a Mad Hatter to, but we couldn’t get him to come over for photos. We looked awesome and had an amazing time!!I ended up qualifying for the trip to Las Vegas Saturday night for best Over All costume. For my prizes Saturday I won a $25 gift card to the bar and $30 cash. On Monday my White Rabbit and I split a prize for most original costume and they gave us a $30 gift card. On Halloween we went back to the bar and I ended up winning the trip for two to Las Vegas for Best Over All costume!

I’ve done wheelchair costumes in the past and this one has by far been the easiest. The only problems I had were with the armrests. They did not want to stay on my wheelchair armrest. Had to come up with some quick fixes in the bar from a hair band to some ribbon — eventually I just took them off and put them in my bag and reconstructed them the next day. Velcro and zip ties did help, but they still moved. They worked for the most part. Everything else fell into place better than I thought. It came out better than what I had imagined in my head and the mock drawing I came up with. I’m going to save this one and maybe do it again in a few years!! 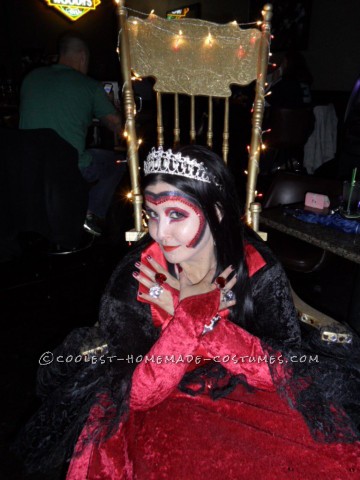 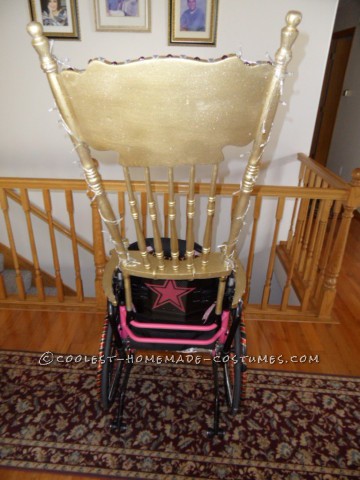 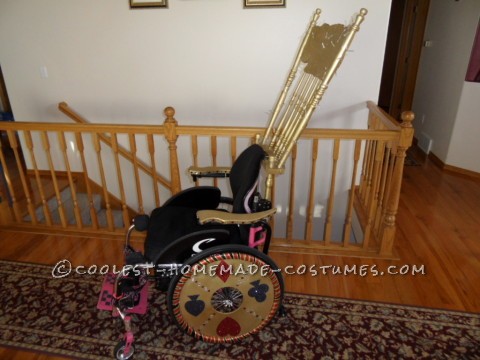 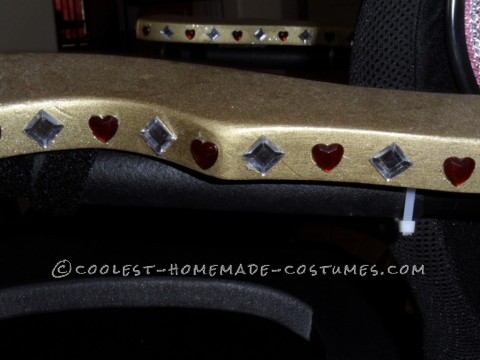 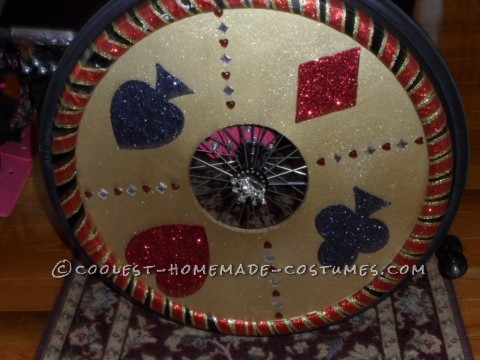 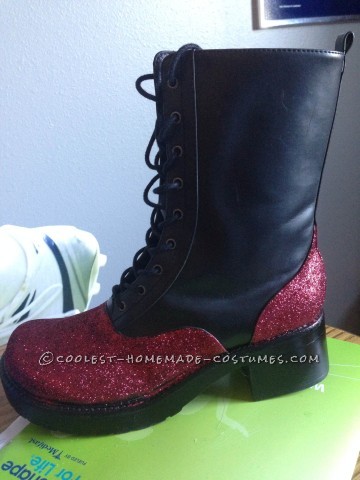 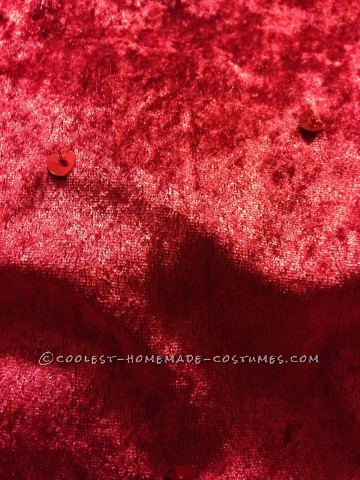 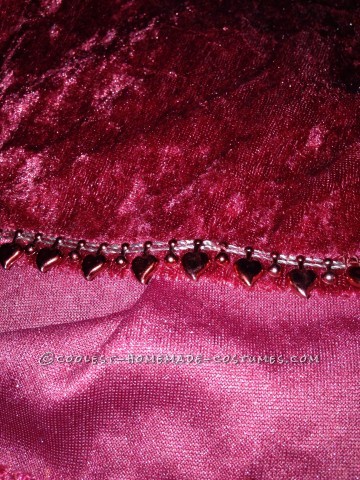 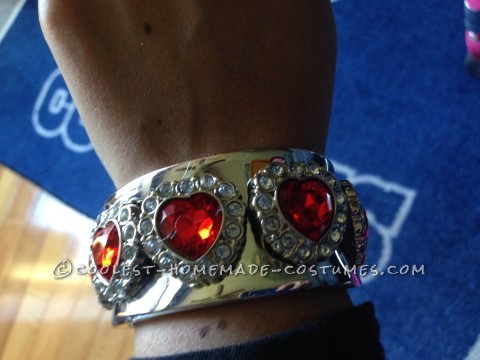