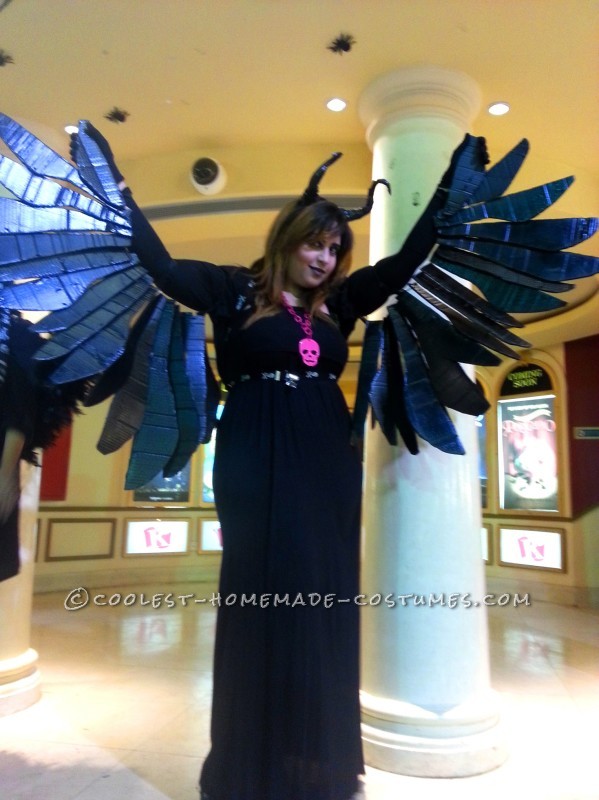 I enjoyed creating this homemade Winged Maleficent costume so much.

Ever since I was a child I wished that I could have wings. One day I was watching TV and then I got the idea of wings from the Black Swan movie especially the transformation scene. I then started to think how to make the wings devilish. Disney recreated the character of Maleficent and now it’s my new favorite Halloween character.

I searched all over Egypt to find the materials but I found nothing so I decided to make it myself. I brought a cardboard box and a picture of a real bird wing and started to draw every single feather. The hardest part was cutting all of them.

After that I used black spray paint to color them and left them to dry. I then studied the mechanic of the motion of the bird wings. I sewed them together with woollen string and leaves, adding a little space between each feather so it can move like a real bird wing. Finally I put a stretch string as a bracelet so I can wear it all over my arm.

To make the horns I used aluminium foil, then I covered it with pvc tape and tied it with thin hair band.

I’m happy to tell you that I won second place in my work competition this year for best Halloween costume 2014 in Kidzania and the first place at the same competition 2013 (I was a mixed character – half of Medusa with snakes hair and half of Shiva with two extra hands (the Indian God). 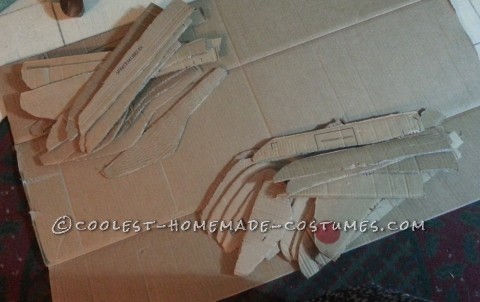 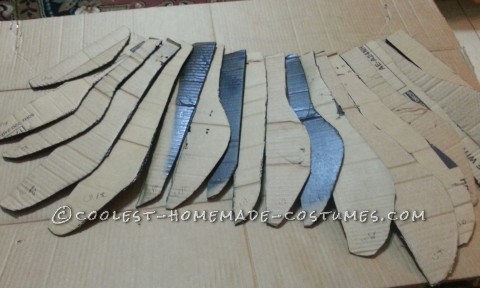 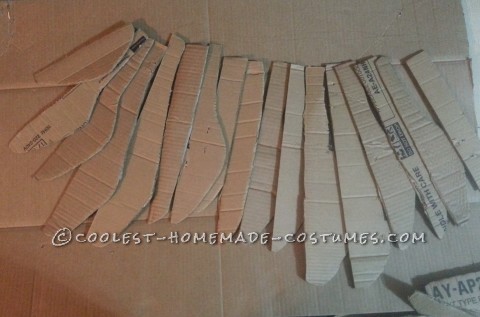 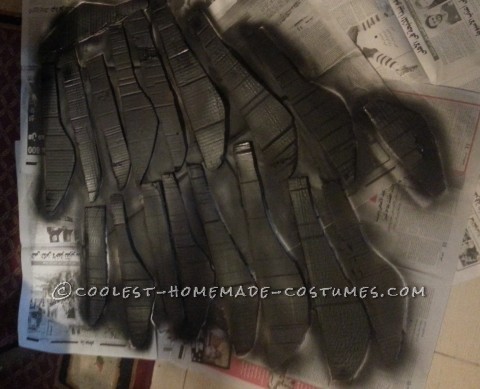 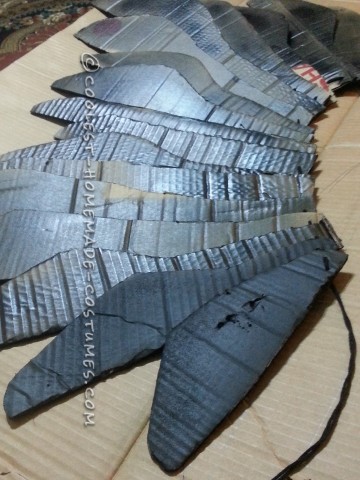 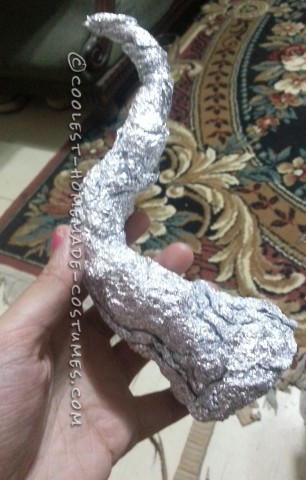 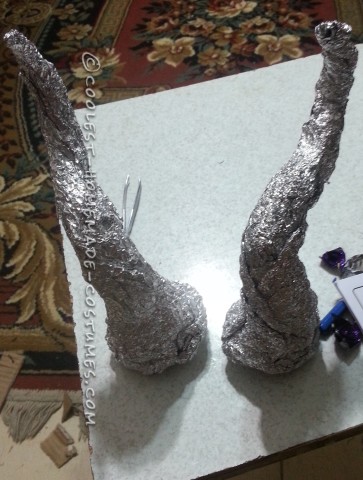 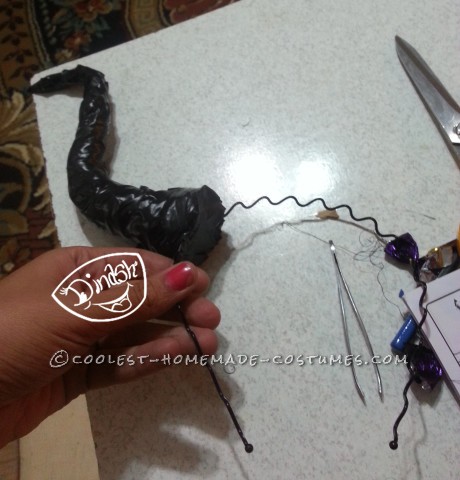 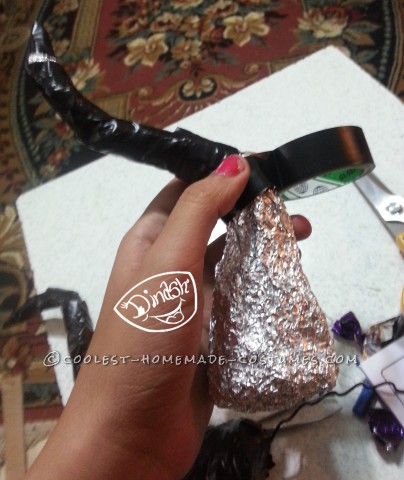