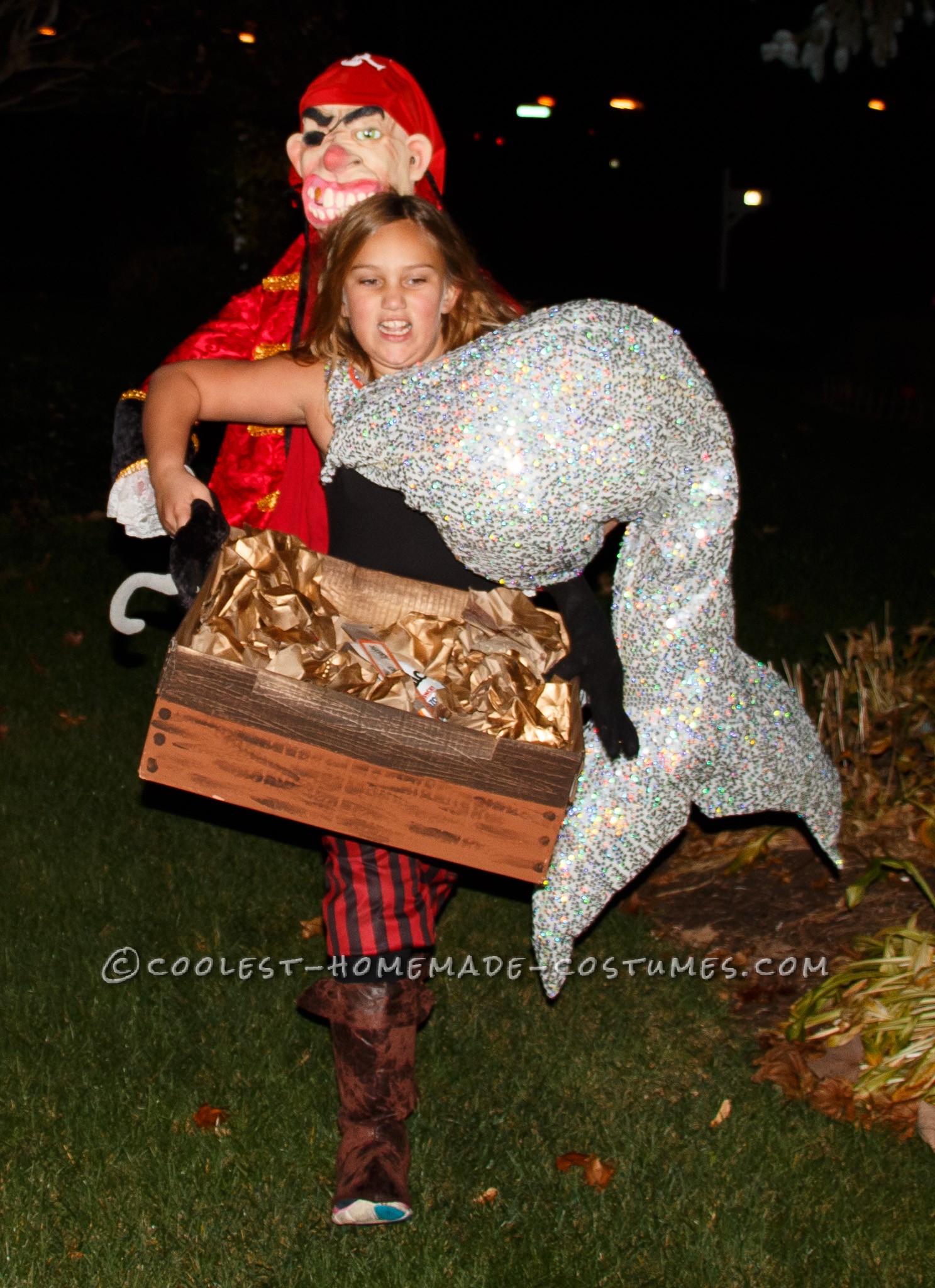 My nine year old daughter wanted to be a mermaid being carried by a pirate this year. She always loves the optical illusion costumes. She keeps her costume a secret until the day of Halloween and all of her classmates gather around to see what we came up with that year. We made the pirate frame with coat hangers, added a store-bought mask, some clothes from our dress up box (altered and attached to frame/mask), and duct taped a belt on the bottom to attach him to her back.

The pirate’s hands are holding a treasure chest, made with a painted cardboard box and filled with paper shopping bags/old jewelry, spray painted metallic gold. She wore a black leotard, to which we attached the home-maid mermaid body, stuffed with fiberfill. She had a ball in the school parade, with lots of attention and photos! It was a little difficult to keep up with her brothers while trick-or treating, but ended up being worth it because many of our neighbors gave her double candy for the mermaid and the pirate. :) 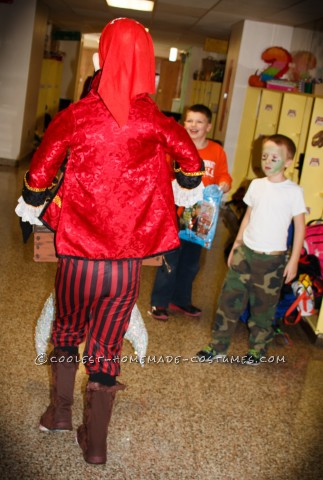 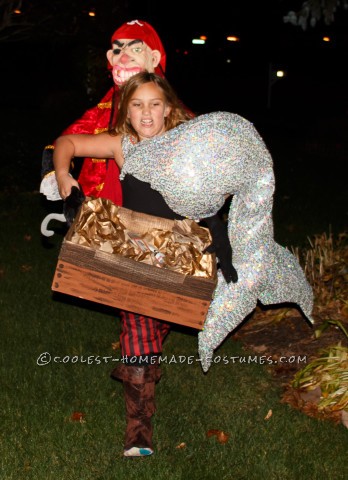 Optical Illusion Costume: A Minion Carrying a Pirate in a Treasure Chest