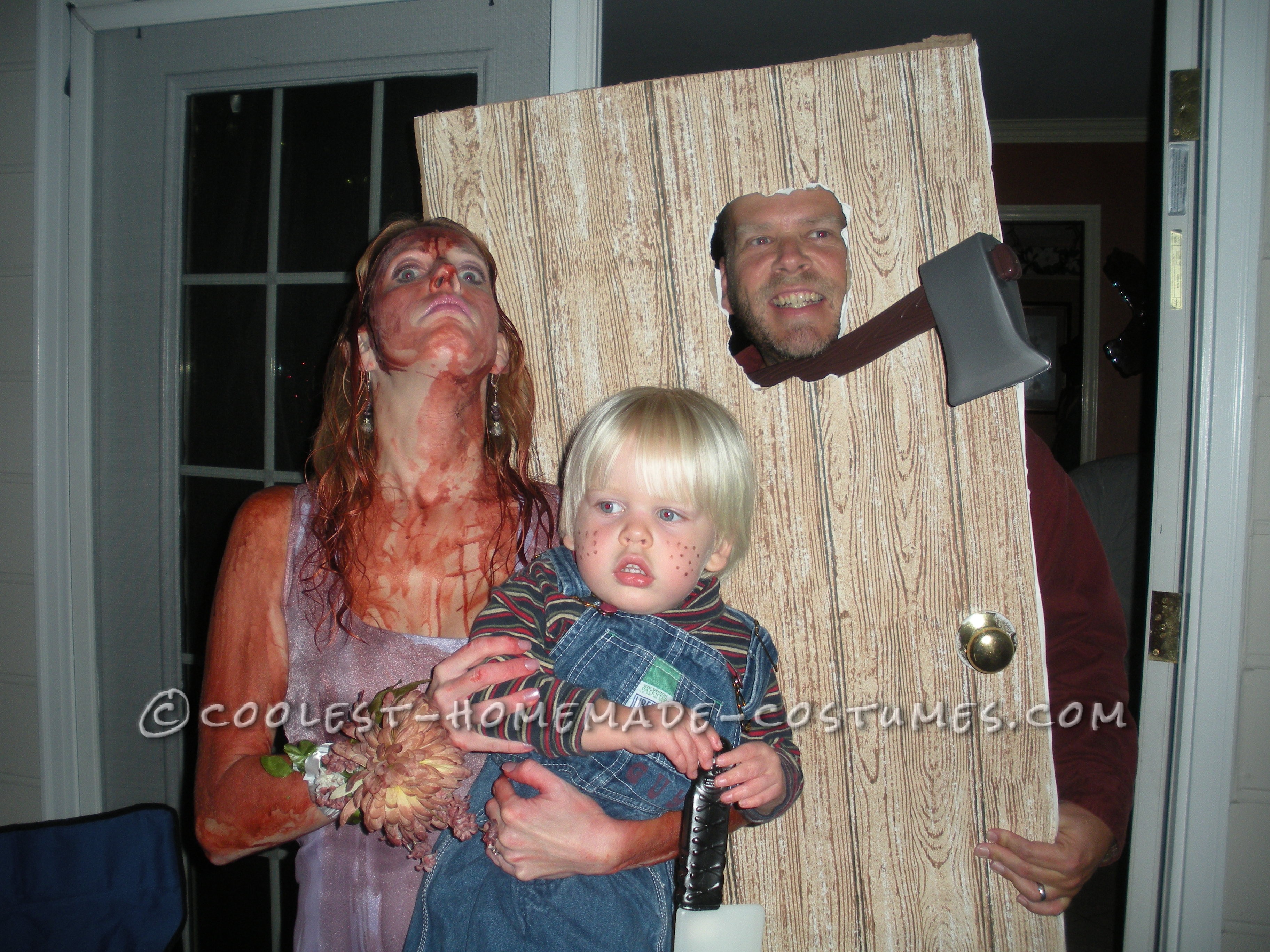 This past Halloween my husband and I decided that we would each go as a character from a horror movie. I was Carrie from Stephen King’s “Carrie”, my husband went as Johnny from “The Shining” (also Stephen King), and our 2 yr. old son went as Chucky from “Child’s Play”. None of the costumes cost much money, and they were all relatively simple to do.

My costume was probably the most involved, not to mention the messiest. We were doing the costumes for a Halloween party, and it was crucial that I do mine ahead of time. The first thing you need is a dress. The one that I used was an old bridesmaids dress that had been hanging in my closet for years, so it didn’t cost me a dime. Then, I purchased two containers of theatrical blood from the local Halloween store; one to cover the dress, and one to cover myself (like I said, this is a VERY messy costume). I had to do the dress two days ahead of time because that’s how long it took to dry. (I suppose it was because of the delicate fabric.)

I hung the dress in our backyard and poured most of the first container of blood on it, making sure to focus more on the top and allowing the blood to drip down the skirt. Then, I used the remainder of the blood to cover the handmade corsage that I had put together with some cheap artificial flowers that I purchased  at the craft store. I let both dry for a couple of days.  The day of the party, I started a couple of hours before we were supposed to leave for the party. I did my hair and makeup first. Did makeup as if I was going to prom, and wore my hair long and straight and parted in the middle just like Carrie. Then, I stripped down naked, stepped into the tub, and had my husband pour the second container of blood over my head.

Since the long dress would cover the bottom half of my body, I tried to wash most of the blood off that area. Then, I simply had to stay there and dry. Probably sat in the tub and dried for at least half an hour. Took  a “dead” picture in the tub for laughs and even had my husband get me a beer while I waited! LOL! After I was mostly dry, I put on the dress, some heels, jewelry, and the blood stained corsage. Topped it off with a cheap costume tiara and done!

My husband’s costume was MUCH easier than mine. He simply wore a flannel shirt, jeans, and work boots. Then, to make the door, I had him bring home a large box from work so that I could cut out the door, which cost us nothing. Then, with Elmer’s glue, I covered the “door” with some wallpaper that I had left over from another project that looked like wood paneling. Again, this cost nothing. We cut a hole in the cardboard  and tore the edges by hand to make the hole look more like it had been broken in. The finishing touch was a $2.00 doorknob that I had purchased at Habitat for Humanity. Found him a plastic ax at the Halloween store and his costume was done. I think that the whole thing cost us less than five dollars!

The last costume to do was my two year old son’s Chucky costume. The biggest delima for us was whether or not to dye his hair red. Because his hair is very light blonde (almost white), we knew that there was a chance that even the temporary spray dyes could stain his hair. Also, he had two Halloween parties to go to; our neighbor’s which was the one that we all dressed up for, and a separate party just for kids. We opted to dye his hair for the kids party, but not the other one. (This is why his hair is blonde in one pic, but red in the rest.)

For the record, it did stain, but eventually came out after several weeks. (It was mostly just pink highlights.) As for the rest of the costume, I found the overalls and a striped shirt at a local kids consignment shop. With some craft paint, I painted the words “Good Guys” on the front of the overalls which was the brand of doll that Chucky was in the movie. I bought the red sneakers new for $10.00. This normally would have been a splurge for a Halloween costume, but I knew that he would wear them many more times after Halloween, so I thought it was worth spending the money.  Lastly, I gave him a plastic knife from the Dollar Store, added some freckles to his cheeks with an eye pencil, and Chucky was created! 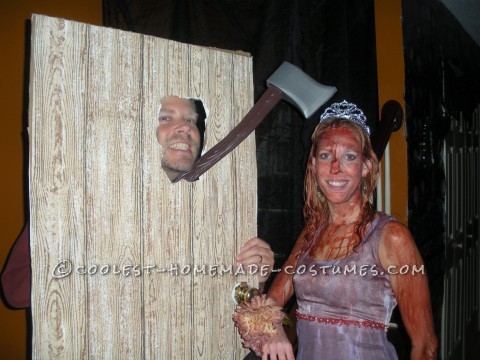 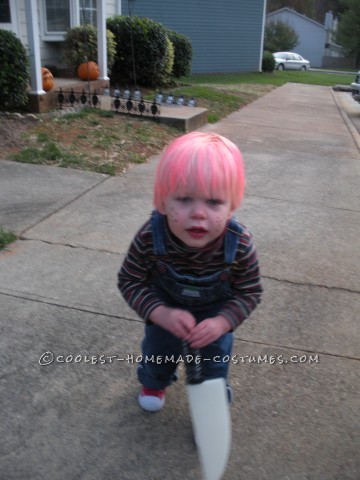 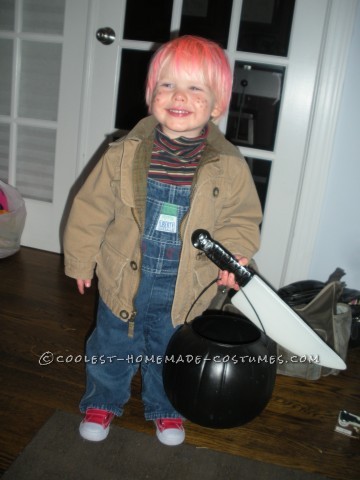 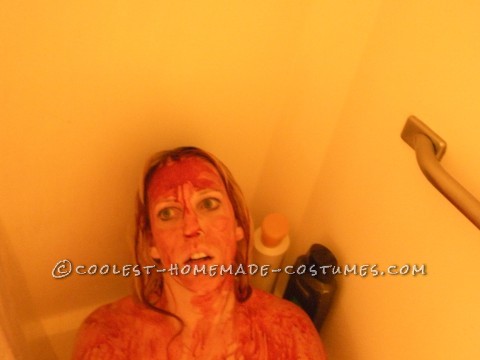