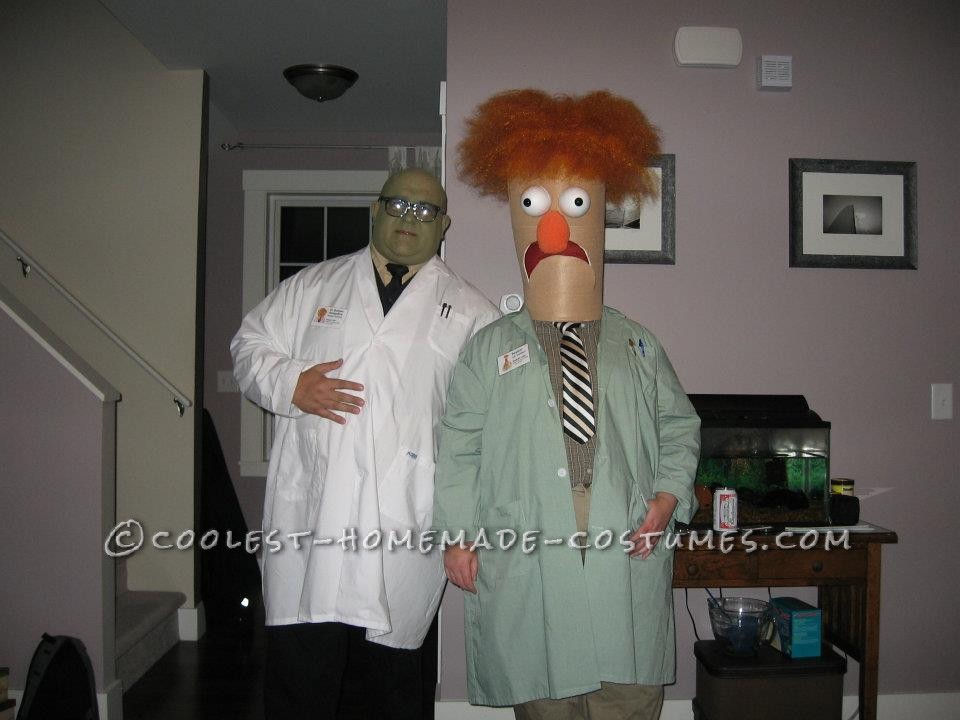 After being invited to a Halloween party last year, my husband and I decided that we wanted unique – and homemade – costumes. Eventually, we decided on the Muppets, Beaker and Dr. Bunsen Honeydew.

First, we bought two white lab coats, and used fabric dye to lightly tint mine (Beaker’s) green. Add khaki pants, a greenish shirt and tie, saddle shoes and Beaker’s outfit it basically complete. Dr. Honeydew’s outfit was the lab coat, dark dress pants and vest, shirt and tie. My husband made “photo” ID tags with Muppets’ pictures, the lab name (Muppet Labs) and the slogan (“Where the future is being made today!”).

It helps if you have a bald husband! If you don’t, shave his head! Add a pair of costume, Harry-Potter type glasses, and cover his bald head with yellowish-green good quality make-up, using a sponge.  Setting it with a bit of powder will help it stay.

Now for Beaker’s head – it was made from a couple of large sheets of craft foam, covered with beige felt.  Use spray adhesive to stick the felt to the foam. Glue the sheets together to make a large rectangle, large enough to wrap around your head. Cut it to size – you’re eventually going to glue it to form a tube. Before you do, have someone hold it around your head so you can mark where the mouth will go – you have to be able to see out of it. Cut a large semi-circle/arc shape (as seen in photos) through the felt/foam. On the inside of the foam, glue a piece of thin red material (eg: chiffon) to cover the mouth opening. You’ll be able to see out, but people can’t really see in.

Beaker’s nose is a Styrofoam egg shape, put into an orange fuzzy sock – but you could cover the foam egg with any orange fabric. Cut a small hole in the face and push some the fabric through – knot it on the other side so it stays put. The eyes are Styrofoam balls, with two black buttons for pupils. I used rounded buttons, not flat ones, and ones with a shank on the back. I coated the shank with glue, and shoved it into the foam so they’d stay on. My husband attached the eyes to the face using a small screw and washer on the inside of the head – just screw it through into the foam ball. Glue the face into a tube to go over your head. It may help to have the bottom slightly narrower than the top, just make sure it’ll still fit over your head.

We only knew one other couple at the very large staff party we went to, but we were approached by nearly every other person there – we were totally the hit. And the best part was that, as Beaker, I didn’t really have to talk to anyone that I didn’t want to! 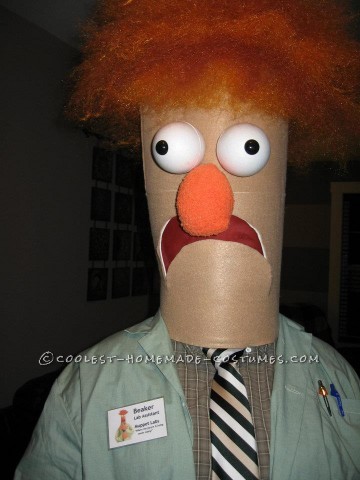 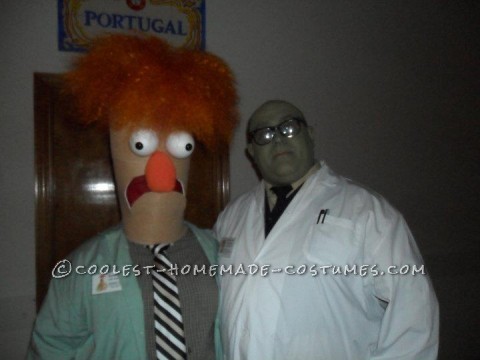