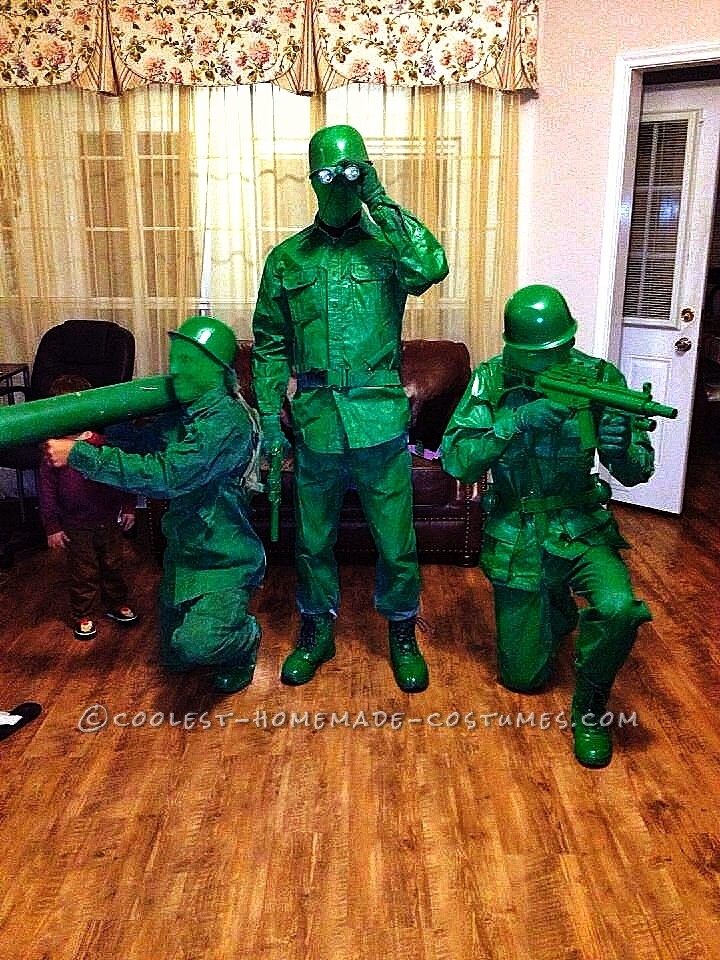 We decided we wanted to do a creative costume, and try to make it as realistic as possible. We decided to go with the Homemade Green Plastic Army Toy Soldier Costumes. Even though some others have done this costume in the past, we figured we could take it to another level. We knew we needed to look plastic from head to toe, and we knew every item needed to be the same tone of green.

We purchased simple jackets($16), pants we had laying around the house, plastic gun, knife, grenade from Walmart. ($20 total) Got the tights and helmet from Party City. ($8) Went to the army surplus store for the boots. The bazooka is from a pipe we happen to find.

The spray paint is Emerald Green with Grey Prime. Make sure you prime everything because if you don’t, the paint will look wet and won’t have the plastic look. At first we only got about 4 cans of spray paint but found out it won’t be enough so we ended up buying 6 each. (Pretty much all Walmart had) The spray paint and primer will make the clothes stiff depending on how much paint you use.

Didn’t get to do the platform because it had rained the day before and plus we were walking the whole time anyways. Many people were talking about how it was the best costume they had saw all day/night. Only con was that the headlights of the car would make it hard to see so we occasionally we ran into one another.