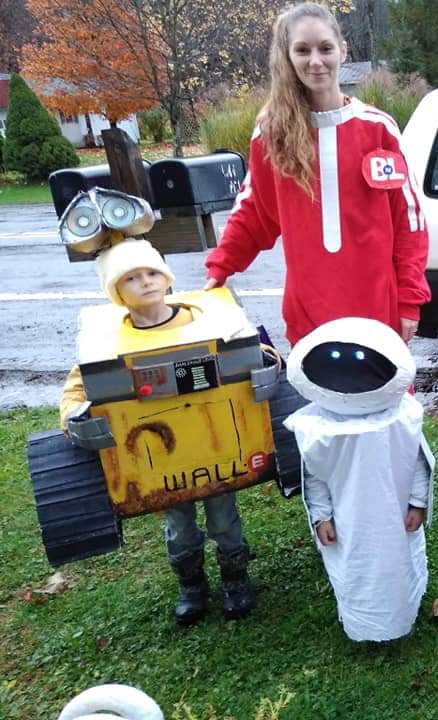 Two weeks before Halloween, my 5 year old son decided wanted to be WALL-E. After searching the Internet for costumes, I decided it was impossible to buy one (as the movie was older) and so construction began. After trial and error it started coming along nicely.

WALL-E was made paper mache, cardboard, lots of ductape, spray paint, bubble wrap for cushion on box and gamecube games for eyes.

EVE was created with a pillow case, paper mache, led lights and cardboard.

Human was created with red sweatsuit and duct tape.

Lots of time, love and a few late nights were put into these costumes. We were the talk of 2 towns and WALL-E Ryan was the best costume at school parade. Would love to help anyone construct ideas or know how on our costumes.