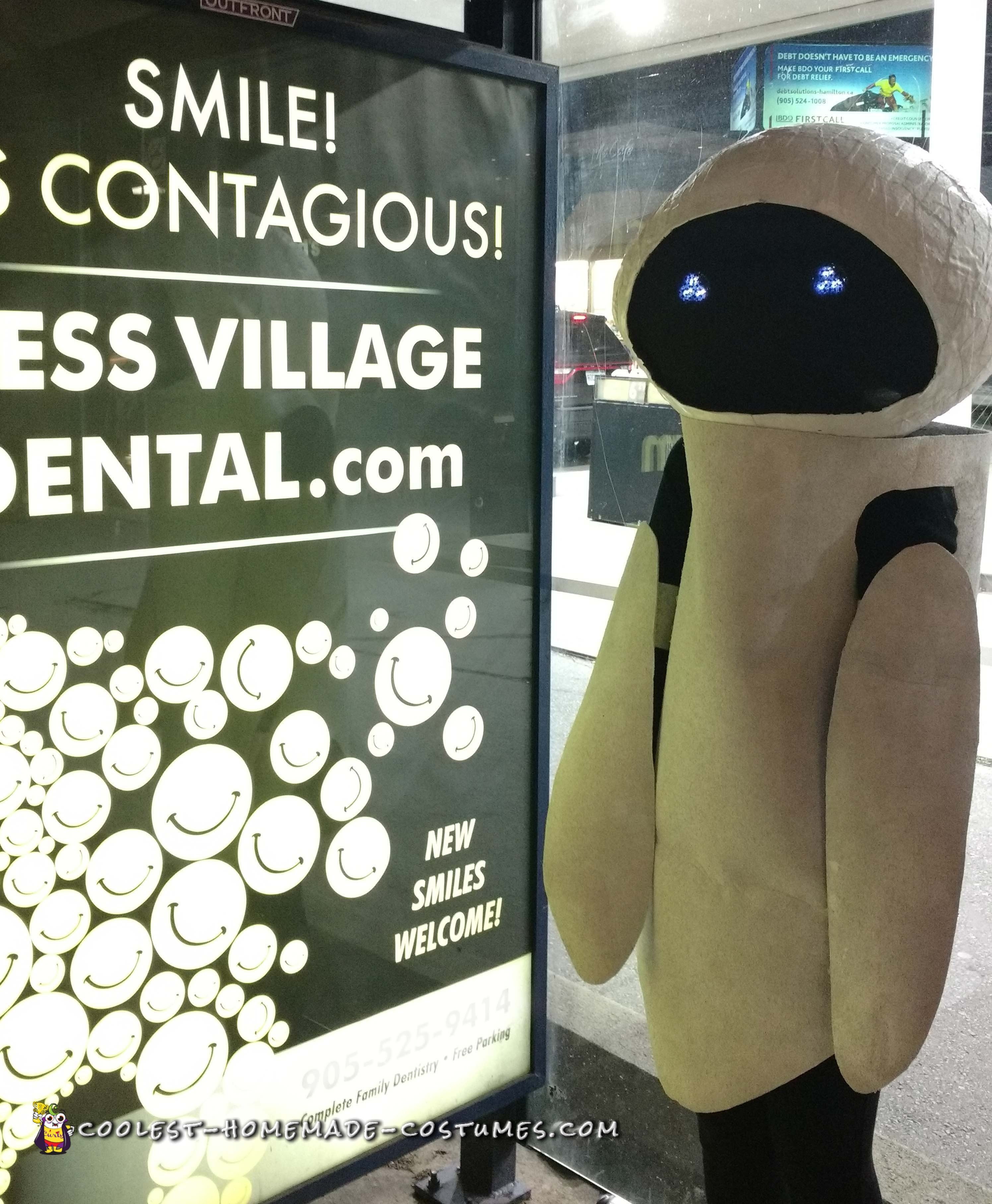 As a 33-year-old woman who works in film and has blue hair, my love of Halloween comes as a huge shock to strangers. Bonnets fly off, cigars fly out of mouths, fine crystal breaks. I’ve wanted to construct an Eve homemade costume for years but was intimidated. Three years ago I built a Kodos costume, but was I willing to burn myself that many times again? After a year best described as “rash-inducing”, I decided to throw 5-ish evenings and one-half day, at something ridiculous for the sheer sense of accomplishment. I regret nothing.

I learned many things about the absorbency of stiffened felt (the spray paint- she does nothing) the importance of hand sewing over glue gunning when it comes to hems that bend (my costume held together this year!) and that other women love to hug Eve because she is a powerful role model for every one of us that has a directive.

In addition, I found makeup on my headpiece that wasn’t mine and love in my cockles that grown-ups can set aside time to be ridiculous in a way that doesn’t involve mediation services.

Eve went on to win Best Costume at Doors Pub: Taco Joint & Metal Bar, which is a real and magical place.

Bonus: I discovered that the costume was roomy enough for me to breathe and headband inside, even though I’m pretty sure the headpiece amplified the bass.

Materials for my Eve Homemade Costume

2 meters of stiffened felt, needle and thread, velcro, paint, so much paint, black clothing to wear underneath.

Check out this fun video of me dancing in costume! 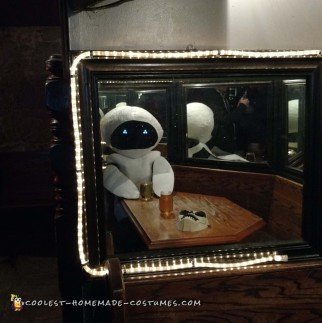 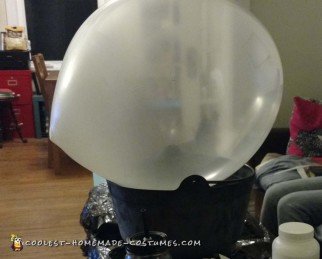 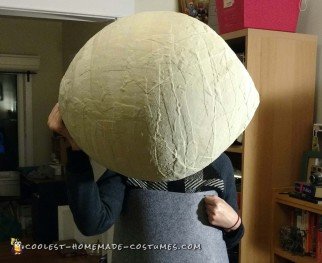 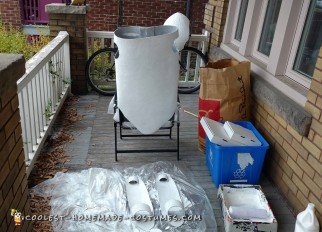 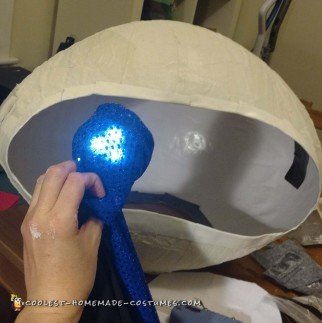 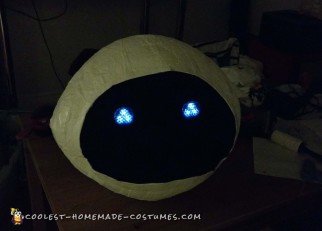 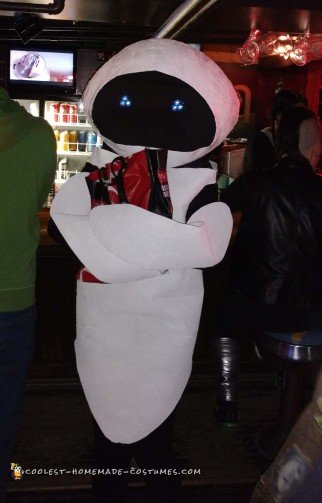