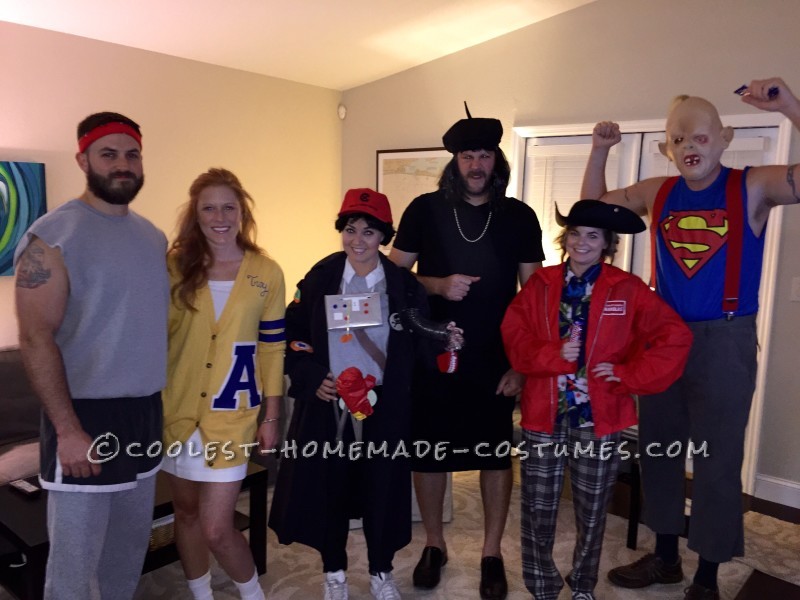 You probably already know that Sloth is dripping with swag goo. What you may not have known is that his crew is pretty savvy too. Our group decided we wanted to be The Goonies this year. We knew that the tallest guy would make a great Sloth and the hairiest man would HAVE to be Mama Fratelli.

Sloth’s get-up was probably the easiest. A Superman t-shirt and red suspenders from Walmart. The mask was bought online. Sloth was a total chick magnet that night.

Chunk was an 80lb girl with a pillow wrapped around her midsection secured by Spanx. The red jacket was from a thrift store, as was the Hawaiian shirt. The pants were made from scratch from some awesome plaid fabric. Throw on a pirate hat and Sloth’s BFF was ready to go.

Mama Fratelli’s dress was from Target (she’s always been very stylish). The hat and wig were bought online and the gloves were a pair we already had, as was the pearl necklace. The tattoo was drawn on with some markers.

I was Data. This one had a lot of painstaking detail involved. The oversize trench coat, the red hat and belt were from a thrift store. The patches were different parts of felt painted and stitched on to the jacket (do you have any idea how much a single patch costs? Nuh uh! Homemade all the way). I bought the slinky and chattering teeth online. I cut the slinky in half and tied the teeth to it.Then I hung it off the coat.

The punch out was a foldable ruler I bought online and spray painted sliver. The boxing glove was from a kids toy that was placed on the ruler and then I stitched the glove closed. Data’s gadget on my chest was just an air filter covered in silver paper and a few bits painted on. I also had a little yellow kids backpack on my back. I had to make the belt buckle last minute and it was just a piece of cardboard colored yellow and then the “007” was drawn on.

Andy’s costume was a yellow sweater and the “A” was cut out with felt and “troy” was written with felt paint. Add a white tennis skirt, white socks and shoes, and the costume is complete.

Brand was just as simple. A matching tracksuit with a pair of homemade shirts over the pants and a red bandana.

We definitely won the popularity contest that night. Sloth was the belle of the ball, just like he’s always wanted. You did good Sloth, you did good. 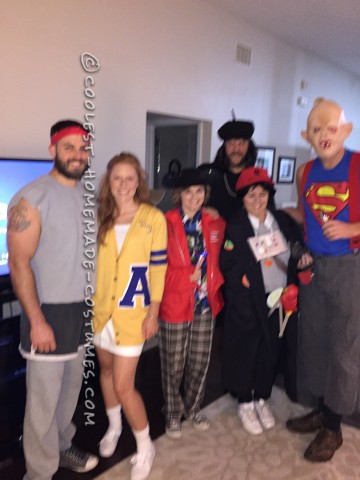 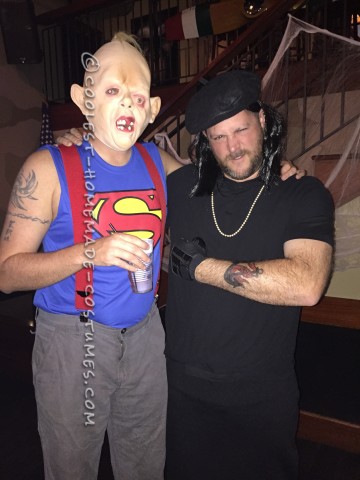 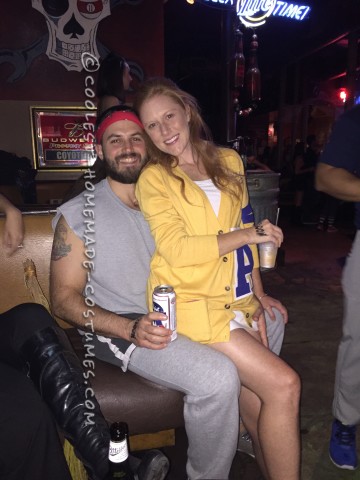 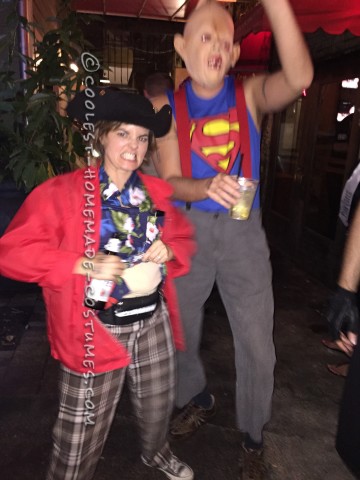