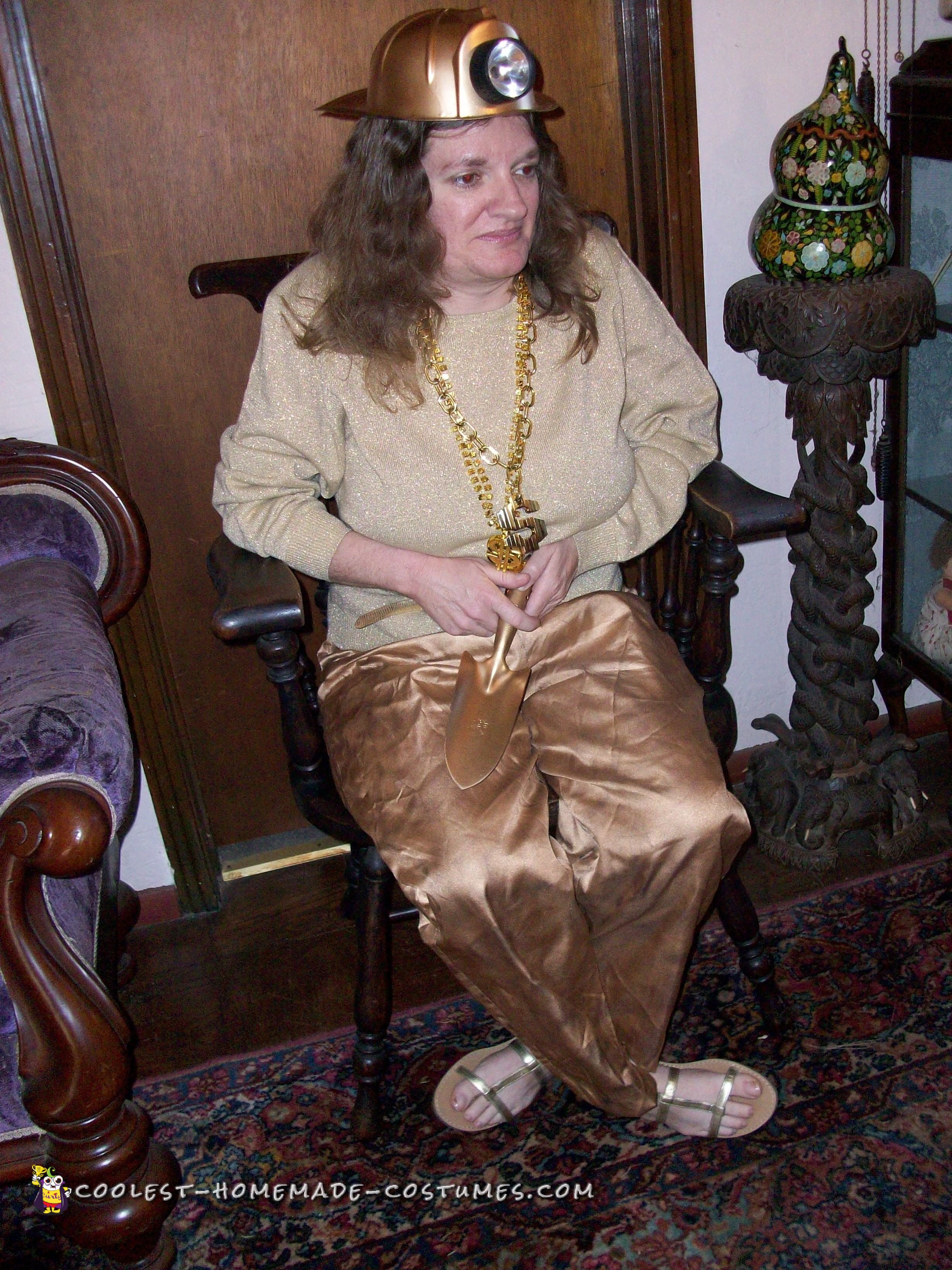 After deciding to do the Gold Digger costume this year and not wishing to buy one, I went searching for items at thrift stores and the Dollar Tree from which I could assemble my own. I did not like the ones that are for sale because the dress looked too tight, and it’s cheaper to do your own thing. I’d seen images of other homemade gold digger costumes and knew I could do one too.

To make a miner’s hat, I bought a toy firefighter helmet from Dollar Tree. I tried to find a head lamp but they were too expensive, so I used the lens from a broken flashlight. Trying to find a toy shovel was hard at this time of year since most stores stop selling them once summer is over. So I used  a garden shovel I found at a local thrift store. I spray-painted both the helmet and the shovel gold. I then glued the lens to the helmet.

Also from the Dollar Tree I bought three necklaces with dollar signs.  And the following came from Goodwill: a golden-threaded sweater, a gold belt, gold strapped shoes and blue pyjama bottoms. Unable to find gold pants, I bought the pyjama bottoms and spray-painted them gold. To keep the back and front of the pants from sticking together, I stuffed them with newspaper before putting on the spray paint. The bottoms of the leg were too long so I’d cut them (before doing  the spray painting) which made them ravel. To hide the ravelled edges, I folded them over and glued them. I’d tried to sew them, but the paint had made the pants too stiff. I used some gold twine to tie the shovel to the belt (the shovel has holes in the handle).

Some people actually knew what this was which surprised me. Some guessed gold miner, which is close. A few thought i was Minion, thinking the head lamp was the Minion’s eye.

I took second place at my behavioral health center’s Halloween party, but did not win at any local bar contests.