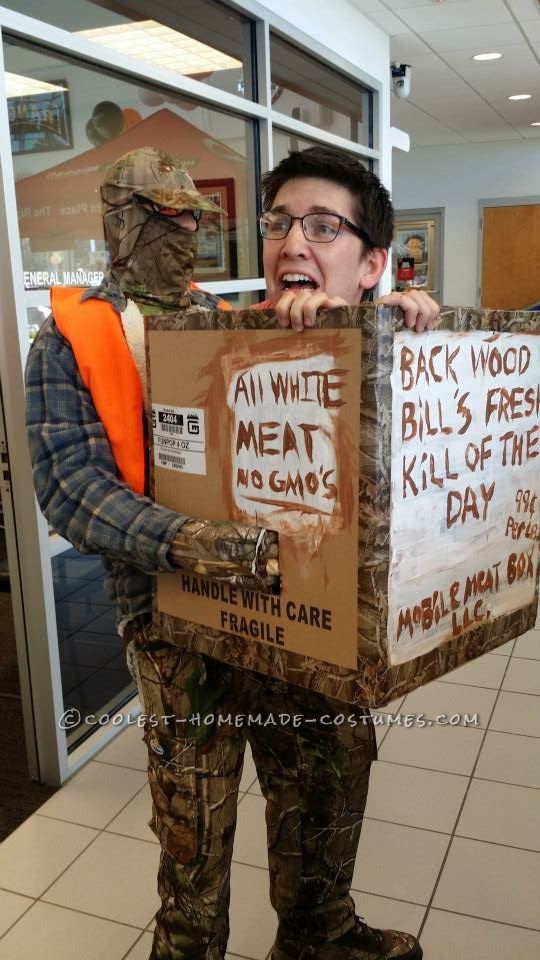 My wife found a picture on Pinterest that was similar to this costume, but the body in the picture carrying the box was headless.  To me, it looked strange that it took such a big box to house a head.  So…  I came up with the idea to give the upper body a head and dress it up in camouflage for the hunting theme.  I then wanted to give it a comedic touch by painting the box to reflect a hunter trying to sell his kill of the day, the kill of the day being me.

My wife wrapped my arms in plastic wrap and then duck taped all the way to my shoulder to make a mold of my limbs.  We did the same for my torso and used toilet paper and pillows to stuff the false upper-body.  I hand painted a Styrofoam head, glued it to the body and then dressed him up in camouflage.  I cut a hole in the back of a box for my real body to hide, thus creating the illusion of a man carrying half of a human body.

I would say that the initial reaction from people was confusion.  I put so much time and detail into the costume that it looked like a person was really carrying me around in a box.  Overall people were impressed by the appearance of the illusion created by the costume.  I generated a lot of laughs when I would run in the costume because of the movement of the false upper body.  I didn’t want the costume to be gory and bloody, so I painted funny sayings and sales pitches on the box to perpetuate the comedic approach I took.

I had all of the camouflage clothing in my closet because I’m a hunter, so the only expenses I had was the duck tape, toilet paper, and the Styrofoam head.  Overall, my costume only cost me $21.45 and took me around 6 hours to make.  Well worth it! 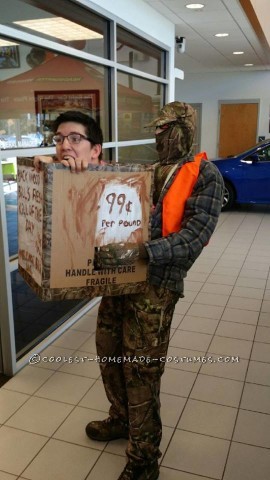 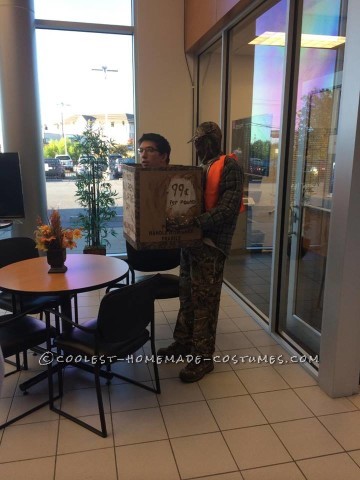 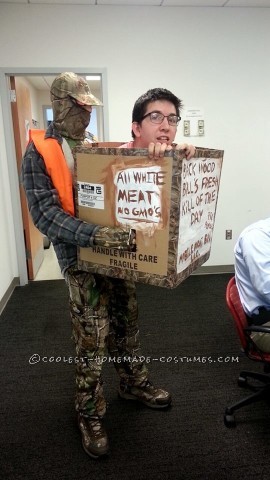