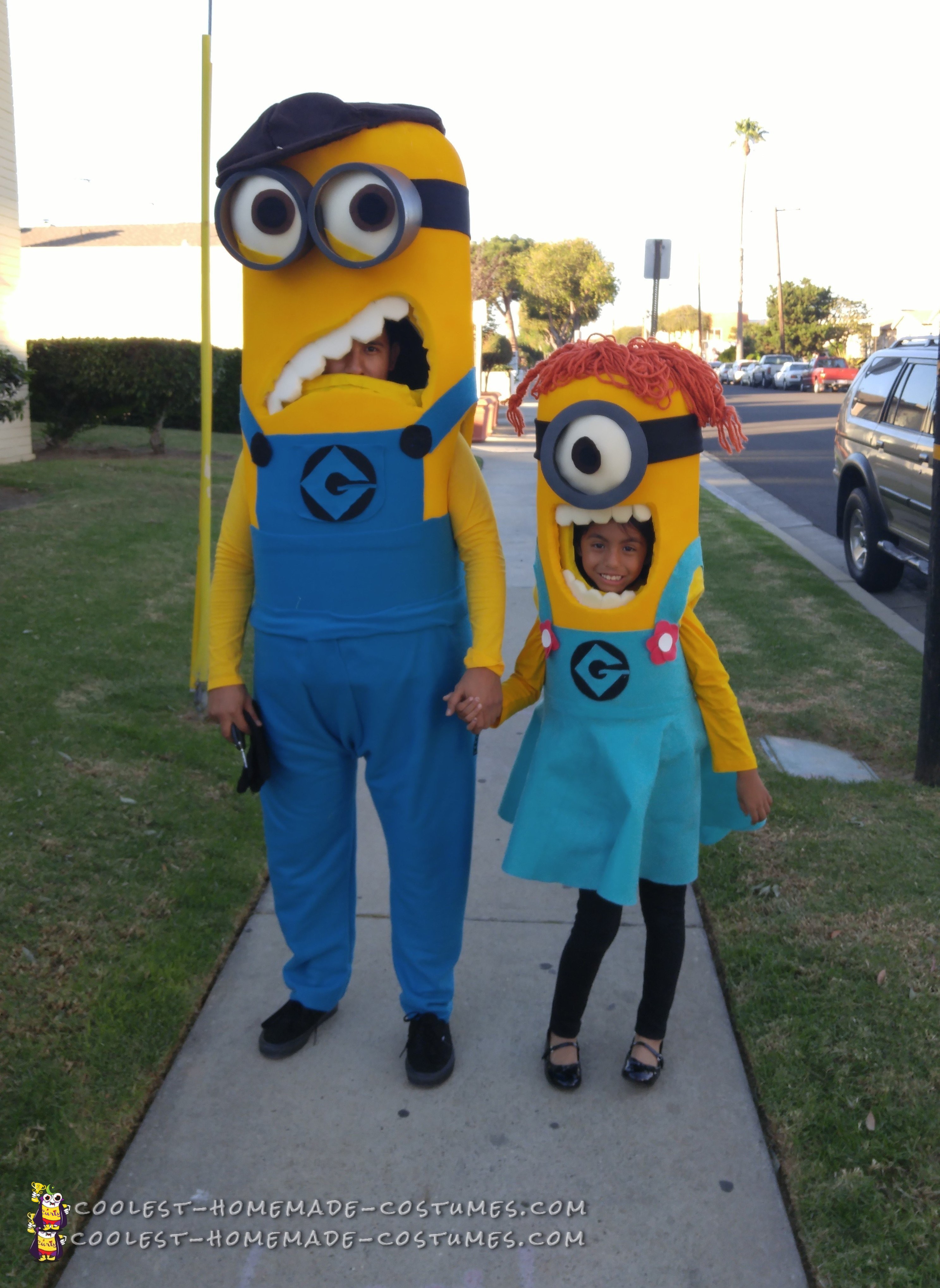 My daughter decided to be a minion this year so I began my research. I got ideas from pintrest and the internet in general. I also decided to add a few upgrades of my own. I decided that I would make one for me and her.

The minions outer layer including the teeth and eyeballs were made of bed egg mattress foam. The goggles where made out of cheap Tupperware. I also decided to make an inner tube made out of sleeping bag comfort padding. I did this both for stability and comfort in long use.

In addition I decided to add mini personal battery operated fans inside to keep cool and mini Bluetooth speakers with “minion sayings” controlled  via smart phone with 30 ft range. (The making of the dome and outfit I got it from pintrest so for more detail do a quick search there.)

That being said the process of  making the costume was a bit tedious and frustrating at times, but worth it. The tutorial on Pintrest didn’t call for an inner tube nor fans or speakers I added that myself. I also had to make the goggles out of whatever I could get my hands on (cheap Tupperware).

In addition for the adult Minion I made the hat myself one big enough for his head. Yes I poke myself when I sew and I burned myself when I glued  more times than I’m willing to count. I became a seamstress, an engineer and a painter for at least half a month. Yes this means telling my buddies I cant hang out I need sew a Halloween outfit together more than once.

I have to say it was all worth it for my daughter seeing her smile and enjoy the costume. My daughter won most creative in a local contest and I believe I would of won it also but I was unable to wear the costume. I also enjoyed wearing the costume very much. Every place we went we had to take pictures with kids and adults. I got asked the same great questions over and over again.

How much did you buy it for? I replied with pride I didn’t, I made it. They always respond “You made it? Great job!” “Is it hot in there?” and I would reply  “no I actually have fans inside”

“Is it uncomfortable to wear?” “No I made inner tubes so the weight is distributed and balanced on the shoulders”

Everyone wanted to take a picture with us!

I remember one special moment on Halloween night when we went to one house where it was lined up with people outside viewing peoples costumes as they went by for candy.  Then we walked by and they all started clapping and cheering great costumes!

All the work put into them was all worth it. To see total strangers both kids and adults light up with joy and happiness was great. Not to mention my daughter was so happy. It also made it extra special because I put these costumes together all by myself. It gave me a sense of accomplishment and pride. 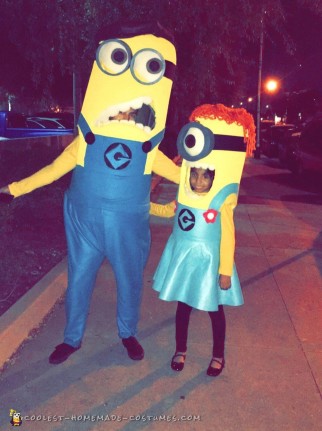 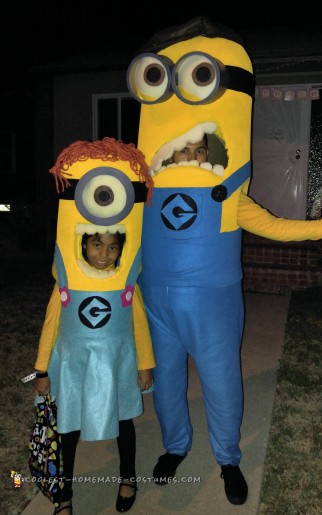 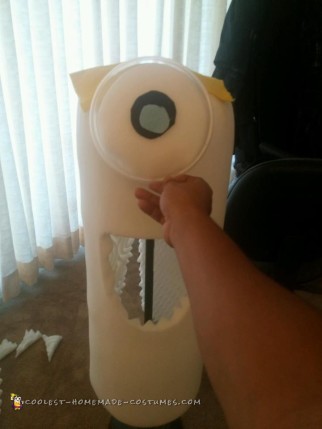 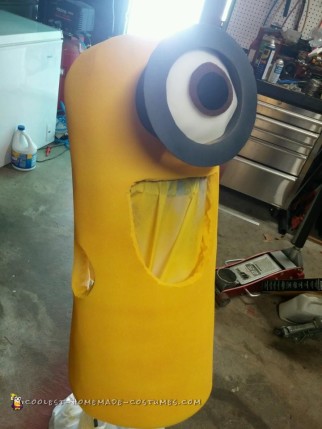 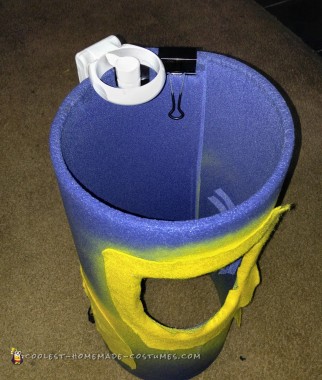 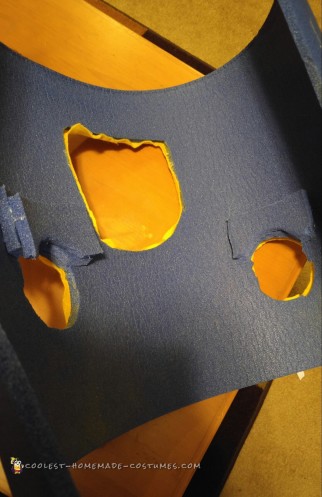 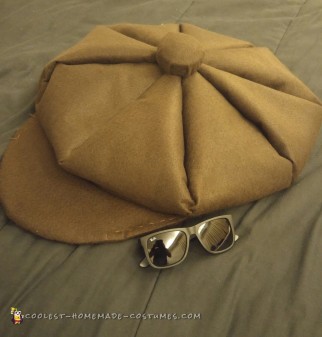 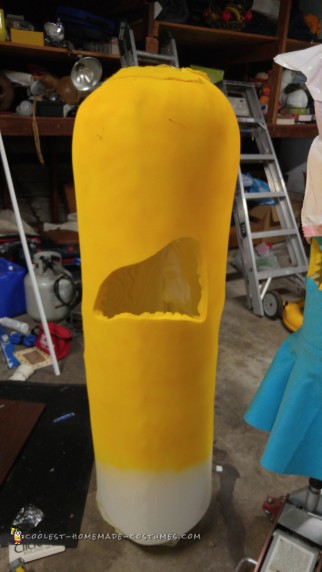 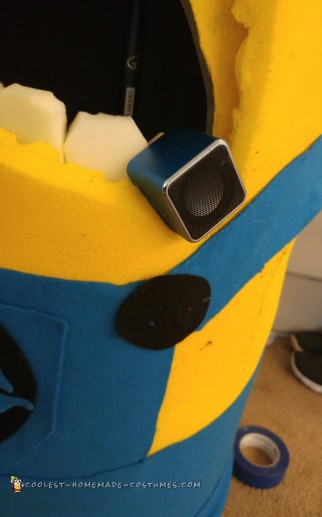