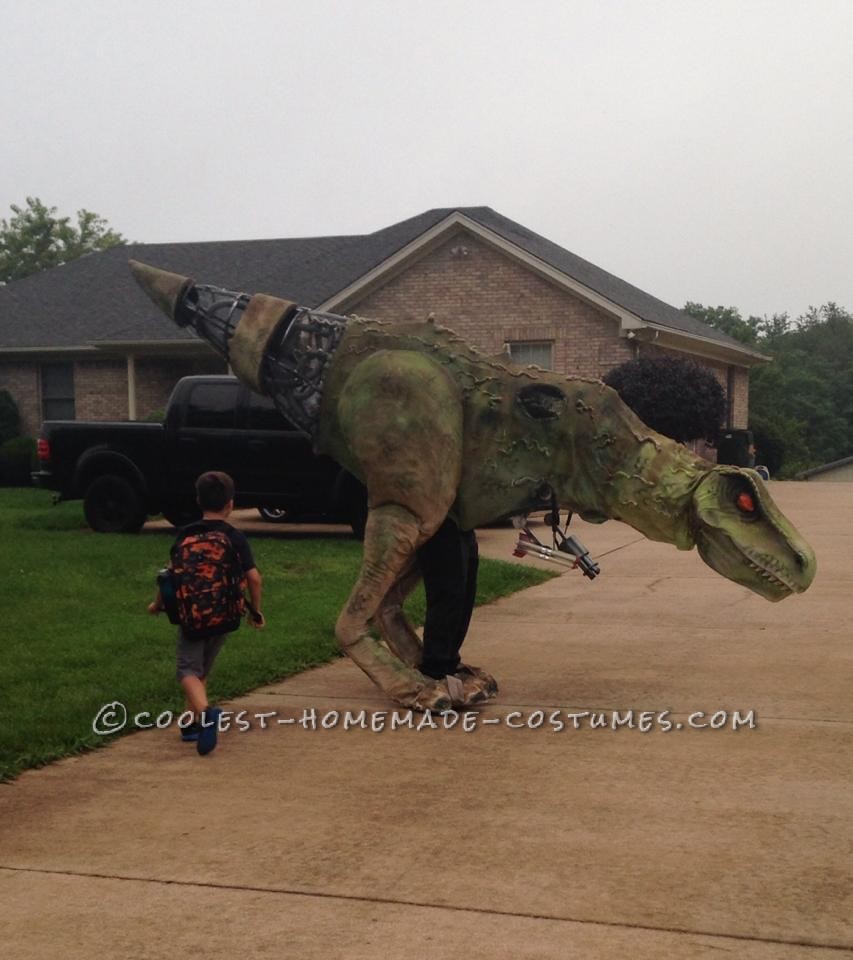 Earlier in the year I had been thinking about our annual costume party we have in the weeks before Halloween and what I was going to do this year. I wanted it to be memorable and over the top. I had seen videos of velociraptor and baby t-Rex costumes and the companies that make them for upwards around eight thousand dollars.  I wanted one but had no intentions of spending that kind of money.

I had been kicking around the idea of making one myself for weeks. I would build it in my head and even started making drawings of the construction. I have a very supportive wife in that she doesn’t question me or try to sway me from projects that I do. So I made the decision to not only construct my t-Rex, but make it into a cyborg cause I hadn’t seen anything like it. After I moved my beloved mustang from the garage to make room for it. I made a run to the hardware store to pick up some flexible conduant and one metal one for the spine. My plan was to make this as inexpensive as possible and to use as many items as I had around the house.

I knew it was going huge, so I had to devise a plan that would make it as durable and as light as possible.I was also going to reuse the 2×2’s that i used for a spider that I would put out in the front yard for Halloween.  I started construction on the garage floor but soon had to hang the construction from the ceiling. I took awhile to figure out how was going to make the conduant form the shape and how to make the controls that were going to control the head, neck, and mouth movements along with how I was going to move around in it. It all went quickly, using materials like luan board, bed sheets, old patio cushions, toy cars, motorcycle turn signals, and coloring it with spray paint and foam spray.

Probably the hardest part was constructing the head and the controls, but the most tedious of all was hand stitching together the four bed sheets and two pillow cases to make up the skin. It started out with the arms replaced with a gatlin gun and missile launcher, but was recently replaced with arms so that I could take it to my kids school. Once the main construction was completed, I added lights from a toy car and put the controls on the handle that controls the head movements and extended the wires to the head.

Next up was a small speaker system in the neck that I could play sound effects or music by blue tooth from my phone.I’ve only shown it once to people, at my son’s bus stop where I was a greeted by a bus load of eye locked, frozen kids.

I’ve have gotten a lot of feedback from my face book page and I’m counting the days til Halloween. 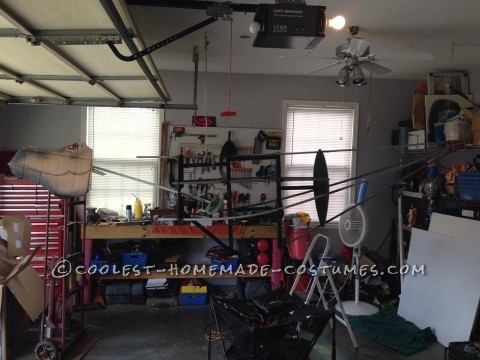 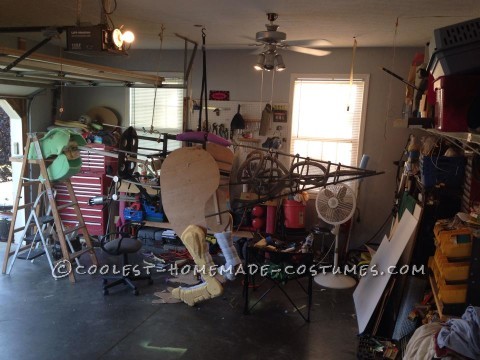 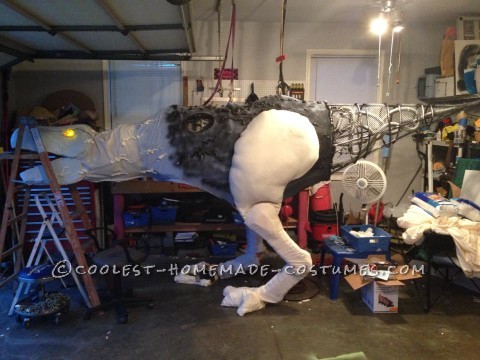 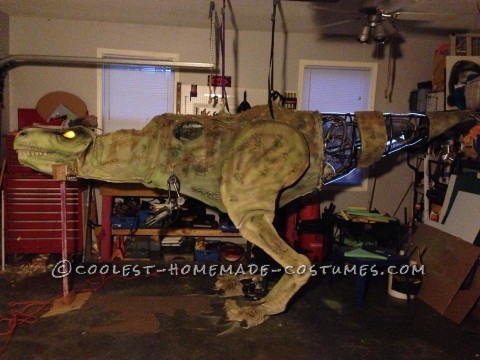 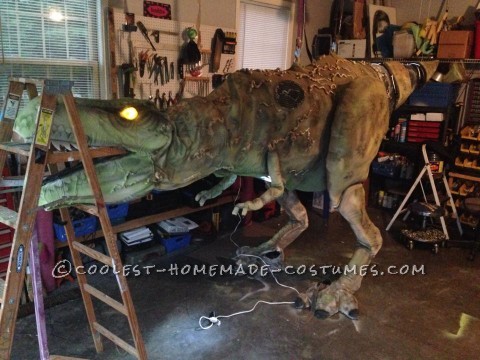 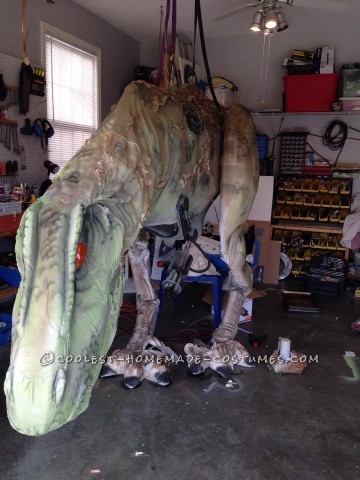 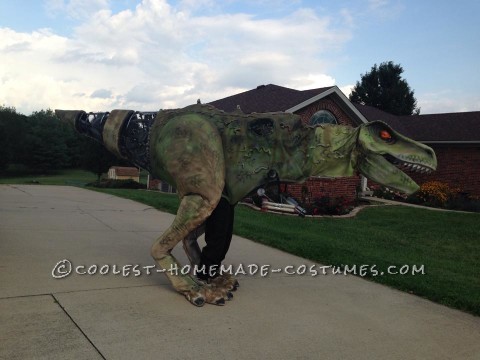