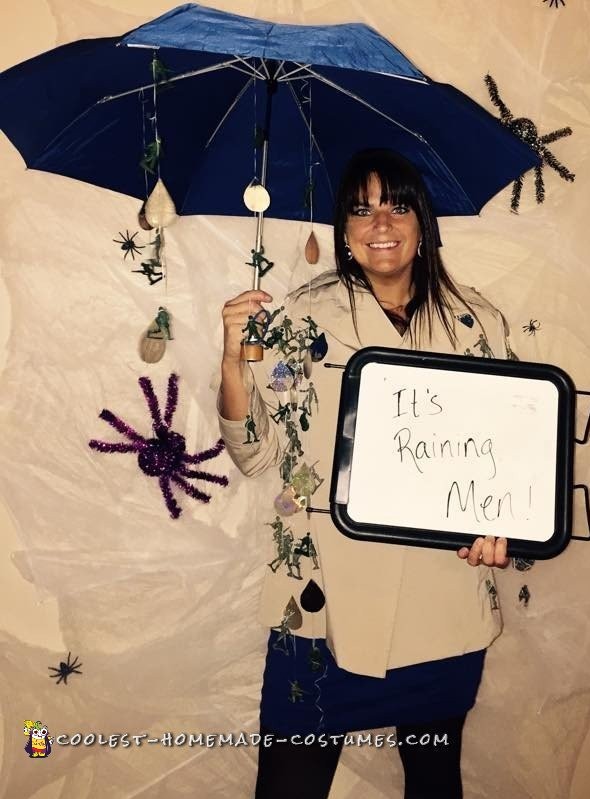 So every year I do a theme party for Halloween. This year, the theme was “Name that Tune”. It was a super fun theme, but as usual, getting ready for the party didn’t leave a lot of time to finish my costume!

I decided to do “It’s Raining Men” because it was fairly easy to pull together and not a typical costume! The only thing I had to buy was 2 bags of army men from the $1 store. I took them and looped them around floss (no fishing wire at home, but would have done that if I had time!) and pinned them to the shoulders of a raincoat I already had. But it could be easily purchased at Goodwill.

I only pinned the shoulders, and, if I had to do it again, I would have pinned or sewed the strings in place the whole way down, as they got really tangled throughout the night. I then added the same things to an umbrella and added in some raindrops with some lenticular paper I found laying around. My own rain boots finished off the look!

It was super easy to pull together and it was a hit! Everyone loved it! 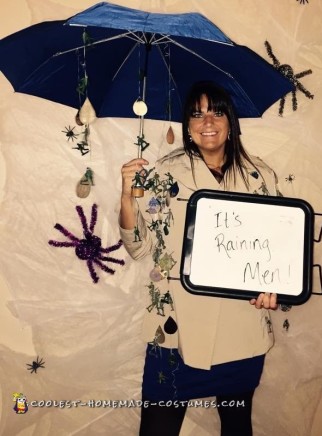