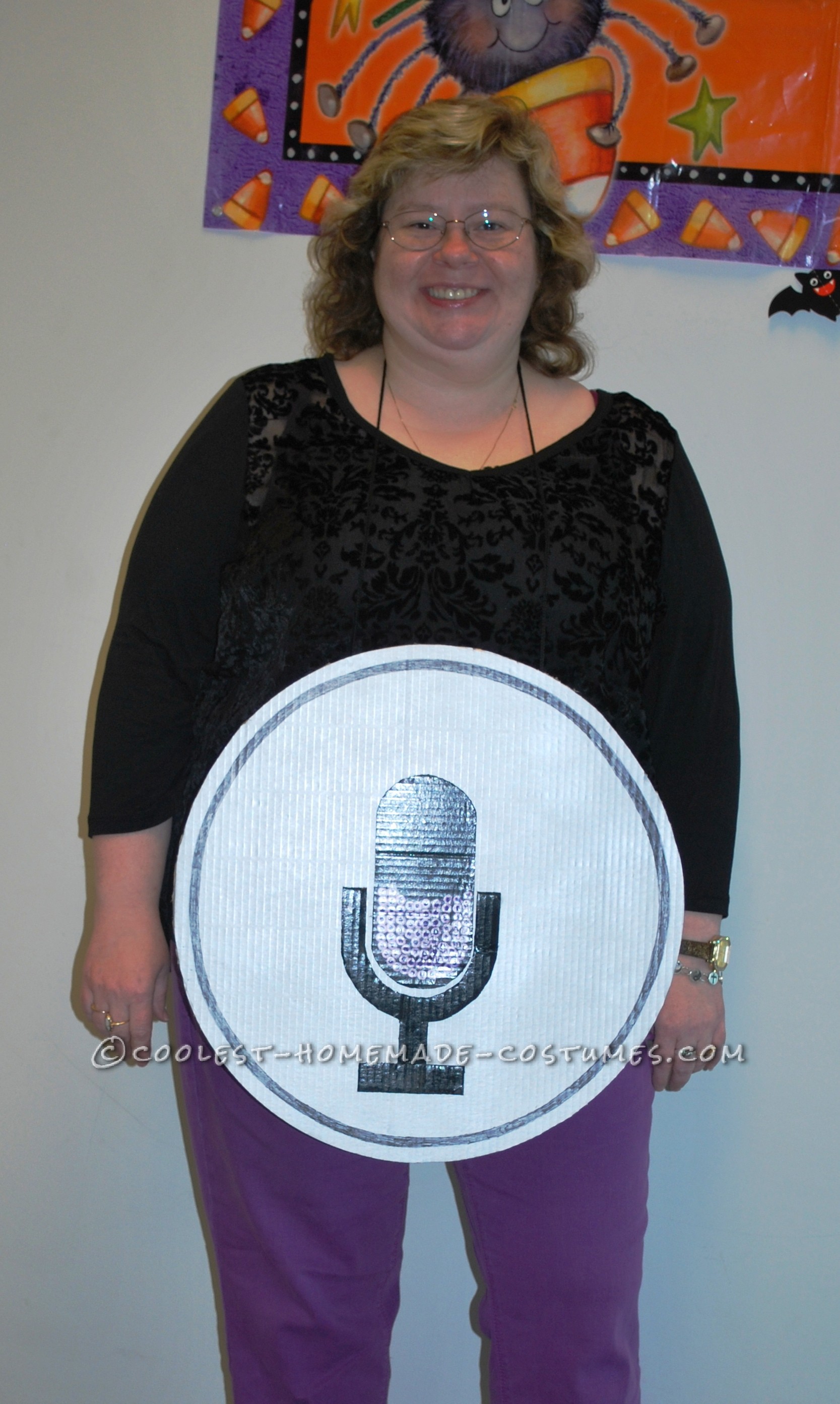 Recently, my husband finally upgraded his cell phone and got a new iPhone 5 with the virtual assistant, Siri.  I can’t fib, we had a bunch of laughs with her sassy responses.  I couldn’t resist wanting to be ‘Siri’ for our office costume contest but was a bit perplexed as to HOW I could be a virtual assistant!  I googled images of Siri and found the symbol to be the common theme so I decided that is what I would use.