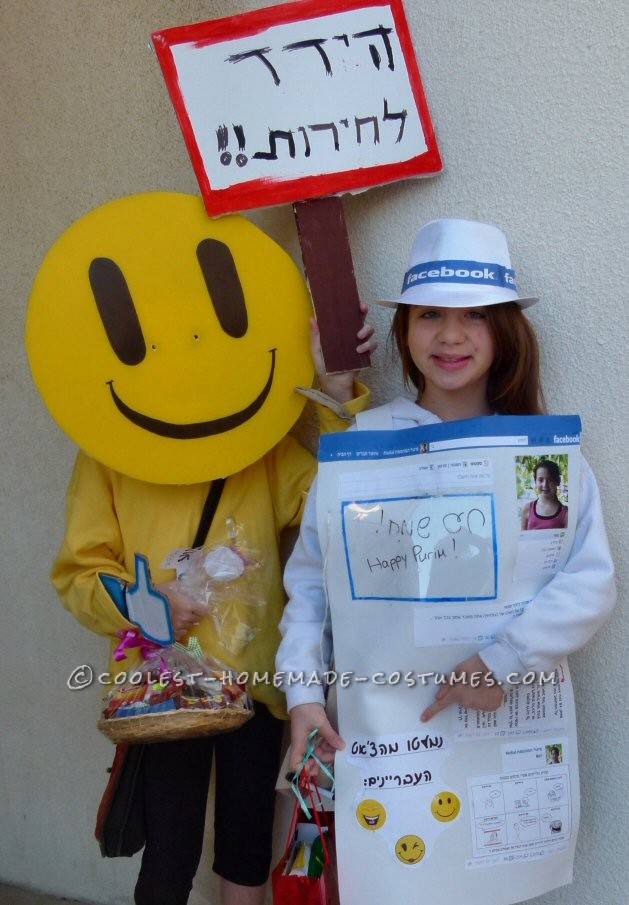 Until this year, I’ve always purchased our costumes, since my sewing skills are pretty much limited to sewing on buttons or closing up a simple seam.  But my 11 year old daughter, Meital, told me she was way too old for princess costumes, and she wanted something original. Meital originally thought about making something from one of the games in Facebook, but in the end, we thought it would be fun to simple BE a Facebook page.

The Facebook page we designed was made from two pieces of foamy material from an art store, connected with two shoulder straps (stapled), like your run-of-the-mill sandwich board.   We screen-captured her Facebook page and then divided it into sections in a graphics program and then pasted the sections into Word to enlarge them (word tends to re-size with better quality than many graphic programs).

The top section of the Facebook banner had Meital’s name on it, then we pasted her picture and standard Facebook icons below it.  We live in Israel,  so we made Meital’s costume look like the Hebrew interface of Facebook with everything in the design from right-to-left, but obviously you can make it look like the English one from left to right. 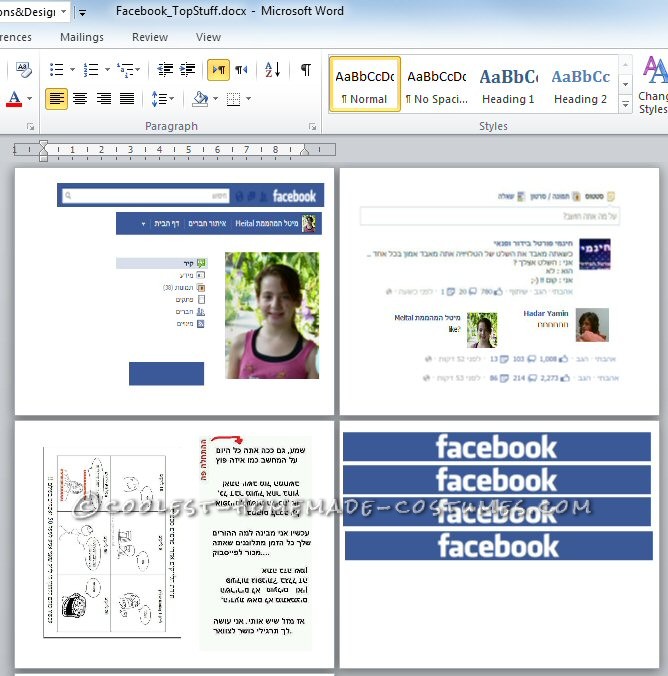 The Word file we used to create the design

What’s On Your Mind?

What’s a Facebook page without a place to write your status?

In the status area, we pasted the edit box that says “What’s on your mind?”.  Below that, we pasted a transparent “overhead” slide for writing statuses (glued only around the perimeter so you wouldn’t see the glue).  Next to it, we made a small hole and put a string through it (knotted in the back) that was attached to a white board marker.  This way, her friends could write and erase ‘statuses’ on her.  Her friends LOVED it.  So did every person who happened to see her on the street or at various costume parties… 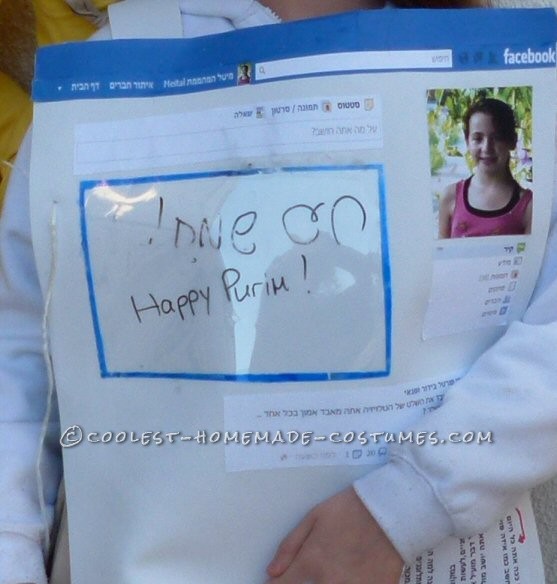 The rest of the front side was covered with various funny texts and pictures and imaginary chats.

Lastly, Meital’s best friend had decided to dress up as a Facebook smiley, so in the bottom left of her page, Meital posted a big ‘news’ announcement that the Facebook smileys had escaped and to be on the lookout for them.  (And Meital’s friend had a sign that said “Freedom for Smileys”).

The back of the costume just had a bunch of facebook logos and smileys pasted randomly all over. 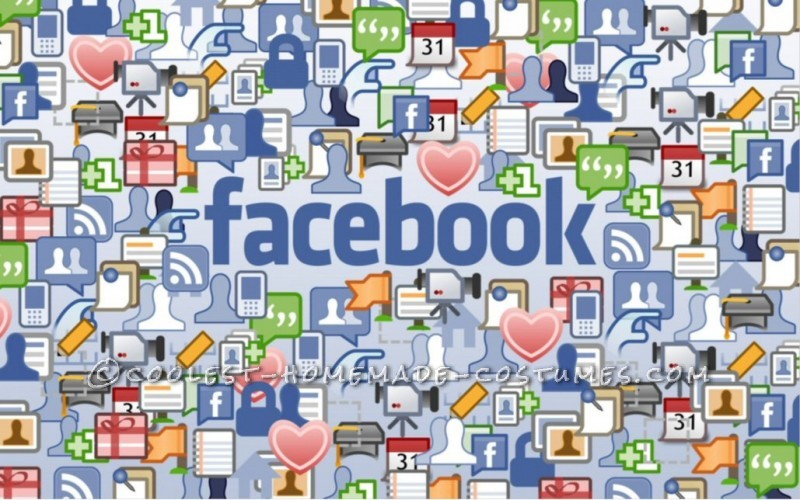 We pasted facebook logos on the back of the costume 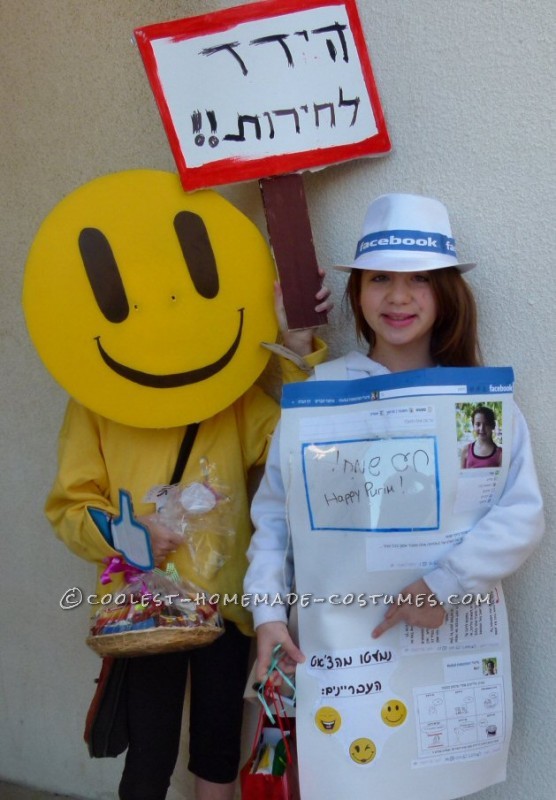 Meital posing next to her best friend – the escaped Smiley!

To ‘top’ it off, we bought a white costume hat in the costume shop, and pasted a printout of the facebook logo with a blue background.

She wore a white long sleeve shirt, blue sweat pants and white sneakers to ensure she was fully color-coordinated.

In addition to being easy and very inexpensive, this costume was so much fun to put together! 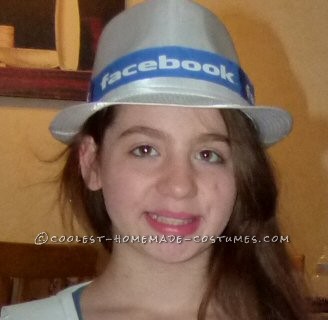