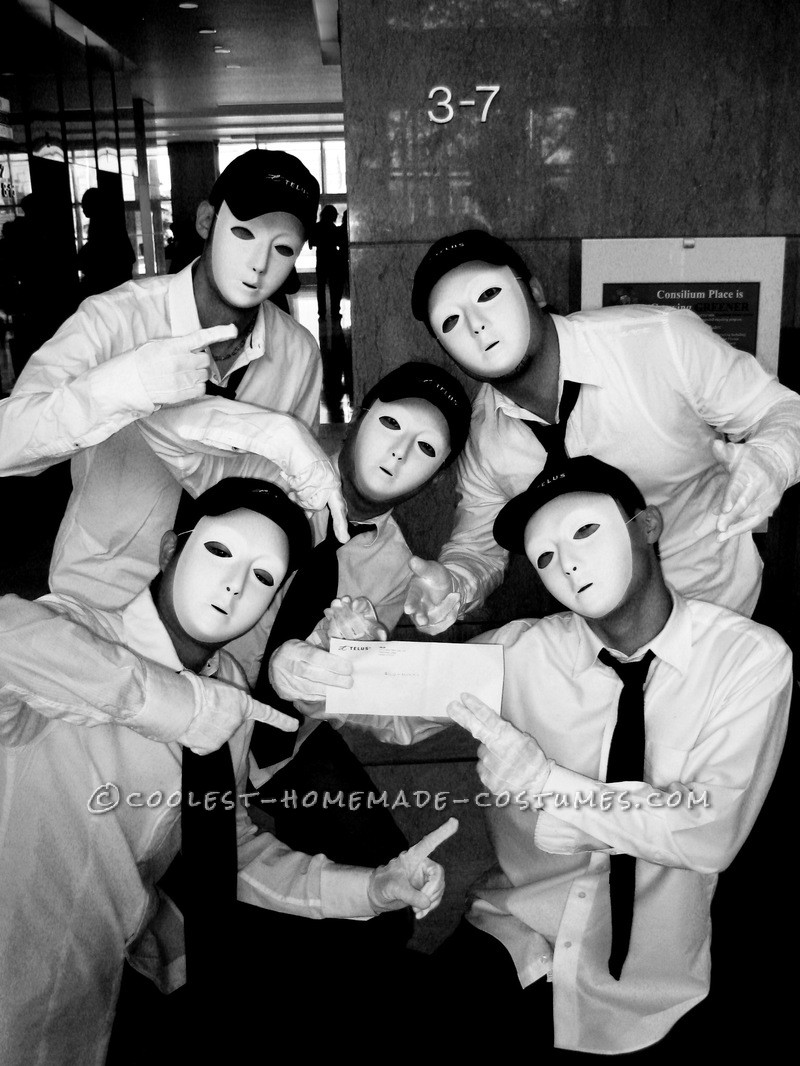 America’s Best Dance Crew champions… the Jabbawockeez!  Guaranteed to make you look and feel like a professional dance crew, no promises on the dancing itself though .

Simple simple simple to create!  The most important part is to make sure your whole group has the same look!  Honestly you could probably wear something else like hoodies but we went after the look the group had during their ‘Apologize’ routine.

– white mask (found at any costume store for couple of dollars)

You can find most of this stuff in your current wardrobe except probably the mask.  We were going to perform a dance routine to the Apologize remix song (like on the show) but quickly realized we were no where close to looking good, hahaha.

So I just remixed the dance routine to just include the part where they have the flying “superman” pose (Lean Wit It Rock Wit It).  Shortened it to a 10 second routine and it did it’s job (link to routine included).  The pose at the end was the best part!  You just need to have a couple of people in front making a wall, then have the other two people represent the head and feet.  In the end we won our company’s group costume award.  Have fun with the costume, guaranteed to turn heads when you all walk by.  *WARNING* Do be prepared to be asked to dance though when going out at night. 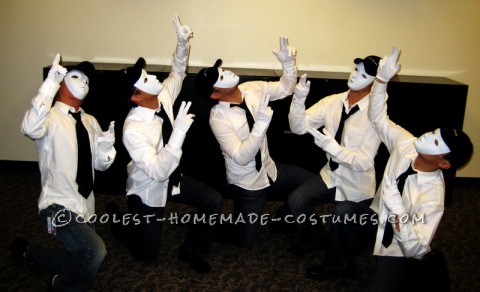 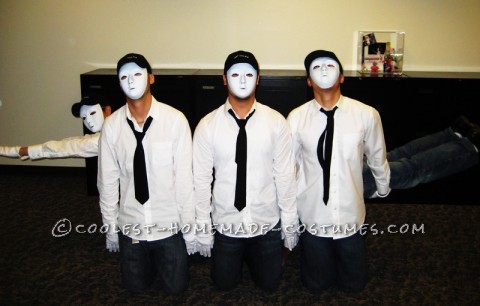