My daughter was in a storybook parade at school and she was a white duck. I took a toboggan and sewed feathers to the top of it. The duck bill was a foam visor and I hot glued orange felt to the top of it. I did the same for the feet and trimmed to look like web feet and slid them on top of her tennis shoes.

I used a white sweatshirt and white skirt. I sewed a white feather boa on the skirt to make her a girl duck and orange leggings. Very simple to make. Had most of the stuff at home and the rest was purchased at the dollar store.

Total Spent on the duck costume: $15 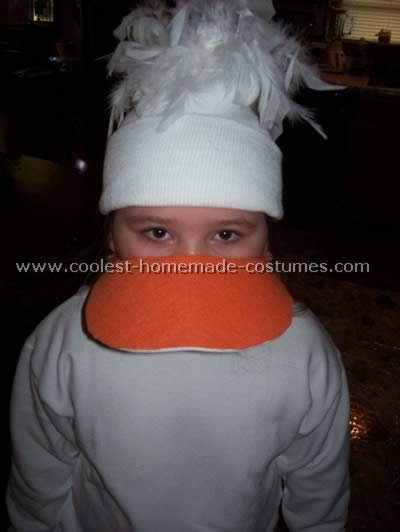