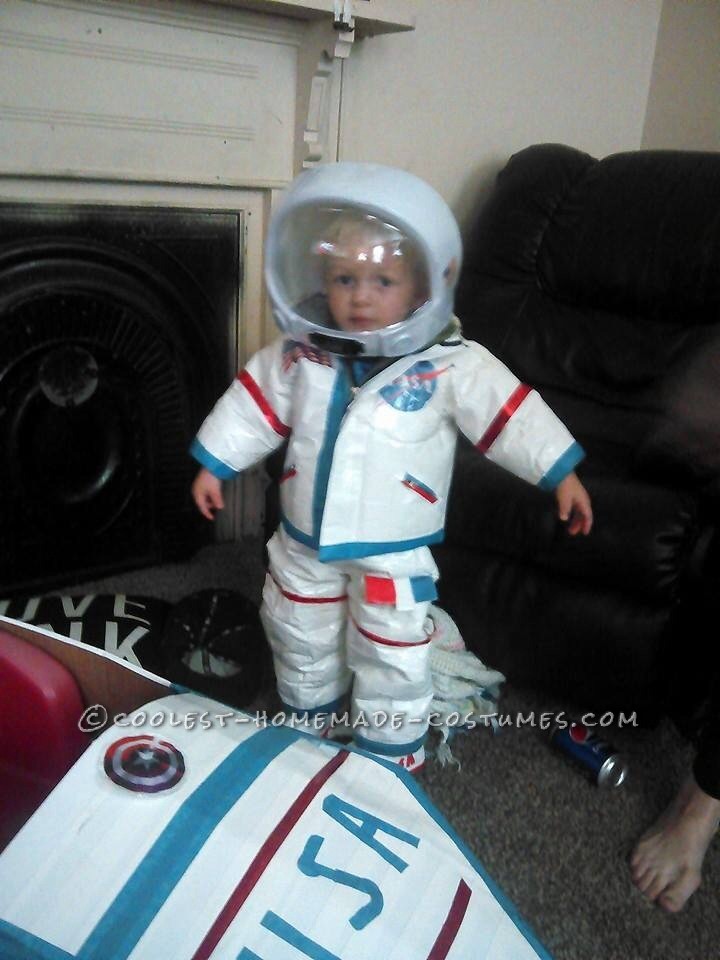 This is my creation from duct tape. I love arts and crafts but one thing is for certain, I never learned how to sew and so this is where the duct tape came into play. This is a toddler astronaut costume, made head to toe out of duct tape.

I used hand me down snow pants, boots and an old coat. With lots of white duct tape. I went at it covering everything. I then added some details with red duct tape, blue painters tape and ribbon. I also printed NASA coloring pages and colored them for the patches on the coat.

My two year old son loved his  “jump suit ”  as he called it. We did have a little issue though… He walked like he was really on the moon and we all know that would make for a very long night of trick or treating on Halloween. I then came up with the ideal of making him a spaceship to ride around in. I used the same supplies. I covered a step up 2 car in cardboard and did the best to make It look like a spaceship adding some details and lights.

With this DIY toddler astronaut costume and space ship we had a lot of head turns, conversations and even a few people asked to take a picture of him. He got quite a few “this was the best one all night”. I would hear people say “look at his spaceship”… And “is that duct tape”?

On halloween while trick or treating an elderly man asked us to wait as he went in his house. He then brought us out some pictures of his grandsons costume a masterpiece he had made last year of Thomas the Train. We did enter in a halloween parade but didn’t bring home a win. My son loved looking at all the kids costumes at the parade and all the attention he had received.

This DIY toddler astronaut costume put a smile on my son’s face and on the face of strangers. This was a Halloween to remember. I can’t wait to see what next years halloween will bring, I hope it’s another year of head turns and smiles! 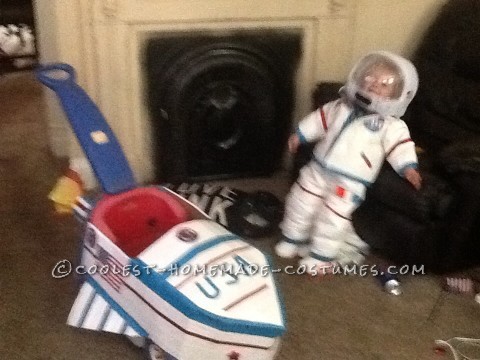 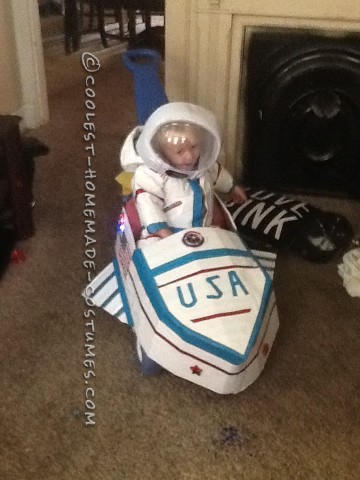 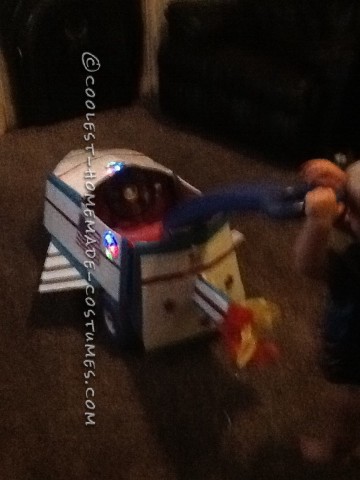 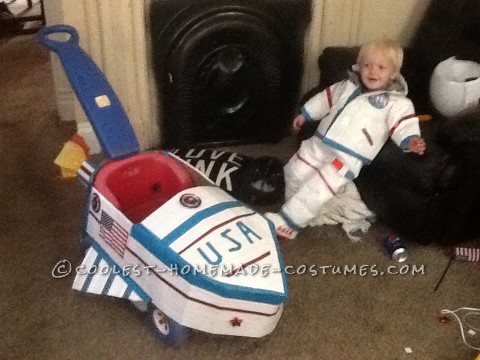 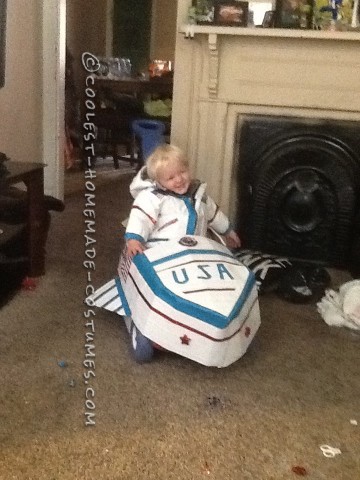