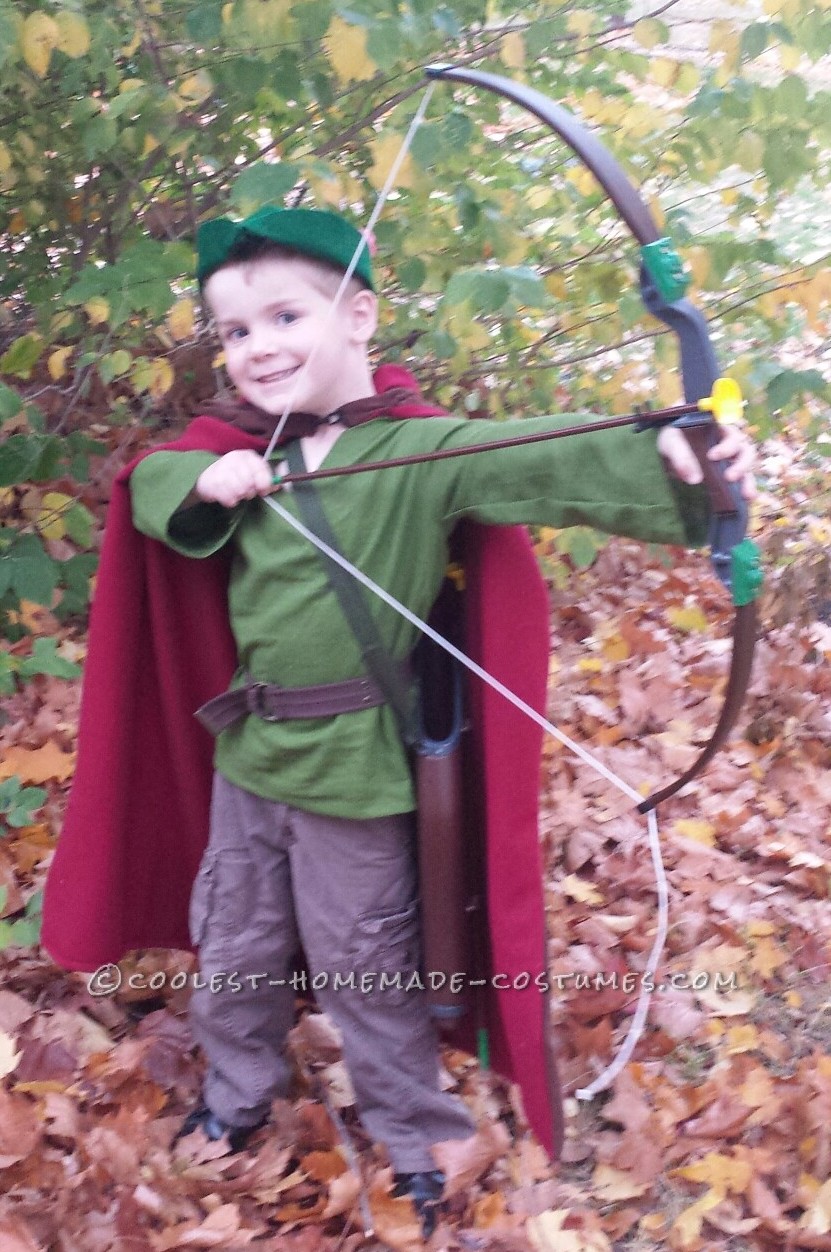 Like most four year old boys, my son is a rough and tumble all American little boy- you know the kind that makes other moms freak out when he does something insane, then beefs it big time? That’s my son. Doesn’t care if he is dripping blood or broke a bone, he has to do it again until he gets it right. So naturally when he discovered Robin Hood, he was infatuated- a hero that steals from the bad guys just to give to the poor AND has an awesome weapon (which of course he wanted a bow and arrow right away) Robin Hood quickly topped his other current obsessions.

First he got a suction bow and arrow and let me tell you; he practiced until he had it down perfect. He was constantly practicing hitting his target, which of course was our front door because it had a window on it.

About a month before Halloween I had asked him what he wanted to dress up as this year and it came as no shock to me when he said “Robin Hood.”

Now you don’t know me but I have this tendency to feel the need to be Supermom which is oddly coupled with the fact that I am a HORRIBLE procrastinator. I detest store bought costumes, the fabric sucks, they look like crap and for what you pay they are atrocious, so naturally I decided to make his costume this year. About two weeks before Halloween I got everything I thought I needed to make his costume. I was thinking I gave myself so much time and I was proud of myself. Had I actually STARTED his costume then it would have been fine but of course I didn’t start anything until three days before Halloween.  Three days to make a costume when I have never made one in my life and have never used my sewing machine in the three years I’ve had it!

So finally, I sit down to make a game plan for his costume, why didn’t I just spend the extra money on a pattern? Don’t ask me because I don’t have a clue. So I lay out the fabric, draw out where I need to cut and- where are my scissors? Oh that’s right, they got lost in the wedding mess last month so I quickly text my neighbor (and many times my life saver) If she has an extra pair of scissors I can borrow. Luckily she does but won’t be home for another 30 minutes so like the hard working Sam that I am, I sit down and watch TV until she gets home (I know,  rough life).

By the end of the night I had finished his shirt without too many issues other than having to fix the front of the shirt being the same as the back but that didn’t take long. The next day I got started on his cloak which I had decided (why do I do this to myself) needed to be reversible so it could be a color other than boring brown on a regular dress up day.

After two days of off and on work, a horrible pain in my back and neck from leaning over my sewing machine, sewing part of the costume to my pants (no joke) having to undo and redo many parts of the sewing I had done, about five million pin pricks, I came down with the flu! My body has impeccable timing but I wouldn’t let something silly like a fever,  body aches and puking stop me from finishing the costume.

That night I was able to finish his cloak, except for the clasp to hold it on and went to bed. The next day I woke up feeling worse than ever and drug myself out of bed so I could make his hat and add the clasps to his cloak. I started with the hat knowing that would be the easier one, I cut out two pieces of fabric, sewed along two edges and it was perfect! That is until I tried to put it on my son’s head – it was too small so I made another one that was a few inches bigger and it worked!

The last thing that needed to get done was the clasps on his cloak and initially I wanted to use a handheld needle to sew it by hand but I couldn’t find my sewing box in the mess of our moving boxes so I figured I would just use my sewing machine and get it done quickly but it just wouldn’t be as pretty. I broke my sewing machine needle. So I once again texted my life saving neighbor and was able to borrow a sewing needle and finished it by hand. I was finally done!

Instantly, my son wanted to put it on and show it off, so we went outside so he could play Robin Hood, shooting arrows into the tree then asking me to get them down, hiding behind the tree and jumping out, etc. Seeing him love it as much as he did made it all worth it. 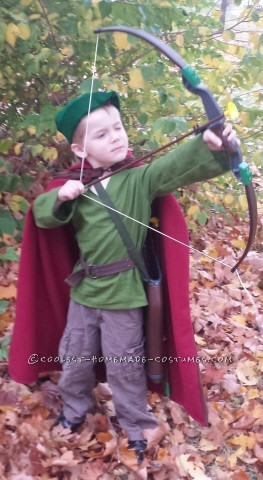 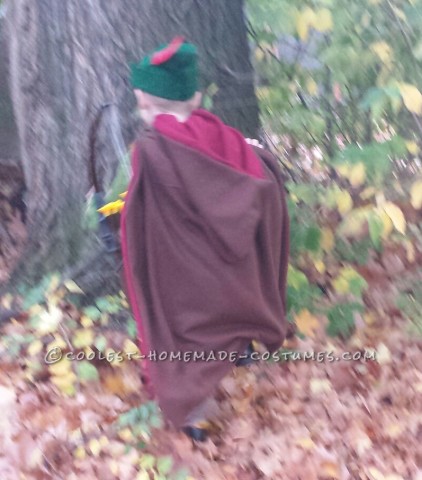 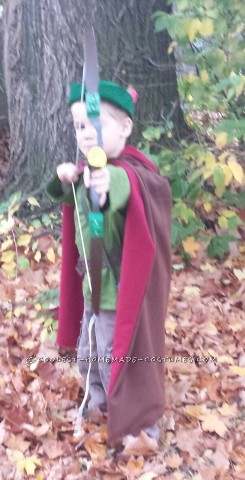