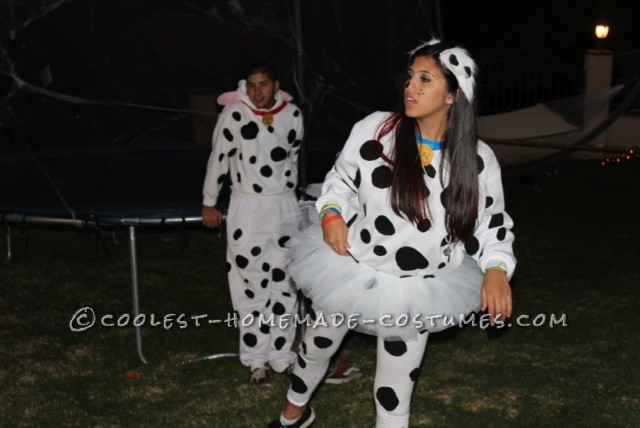 I made this Cute Pongo and Perdita Costume for Couples all by myself for my boyfriend and I.  I am a huge Disney freak so it made sense that we would be something Disney for Halloween. First I went to our local T shirt outlet and bought a plain white crew neck sweatshirt for myself and Sweatpants for my bf.  Then I went to the mall and found some plain white leggings and a white tutu (my bf had an old white sweatshirt that he didn’t mind using for the costume).

Next I went to Joanns and loaded up on felt for the spots, our collars, and ears. I probably bought 30 sheets of black felt! For the ears, Joanns had these fur sheets which I thought would be perfect so I bought two white and two black.  To make the ears I cut out some rounded triangles out of the fur and cut the same triangles out of pink felt. I then glued them together but first I put a T shaped pipe cleaner in between so I could bend the ears as O pleased.

I attached my ears to a head band and my boyfriends to his hood, and VIOLA I had Dalmatian ears. Here came the most annoying part cutting what felt like a million different sized dalmatian spots.  After I cut all of the spots I just started hot gluing them sparatically over the jackets, leggings, and sweats until it resembled a dalmatian.   For my tutu I did the same thing but I only did them on the second layer of tule. For the collars I cut two gold circles out of felt and two strips of red felt for pongo and two strips of blue for perdita. ( I followed the collar pattern on our jackets).

Two days of cutting and gluing and many burns on my fingers later, I finished our lovely costumes! We got tons of compliments when we wore them and they even helped me get picked on a game show! 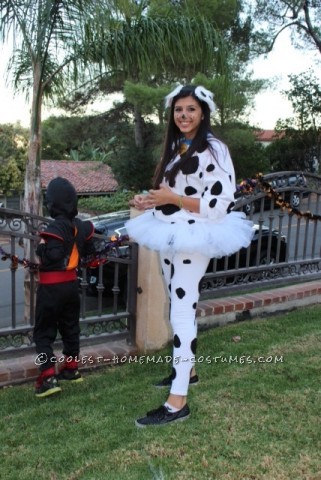 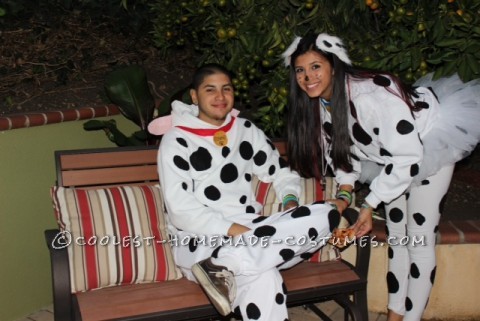 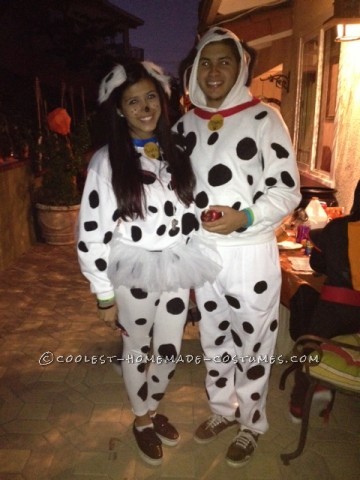