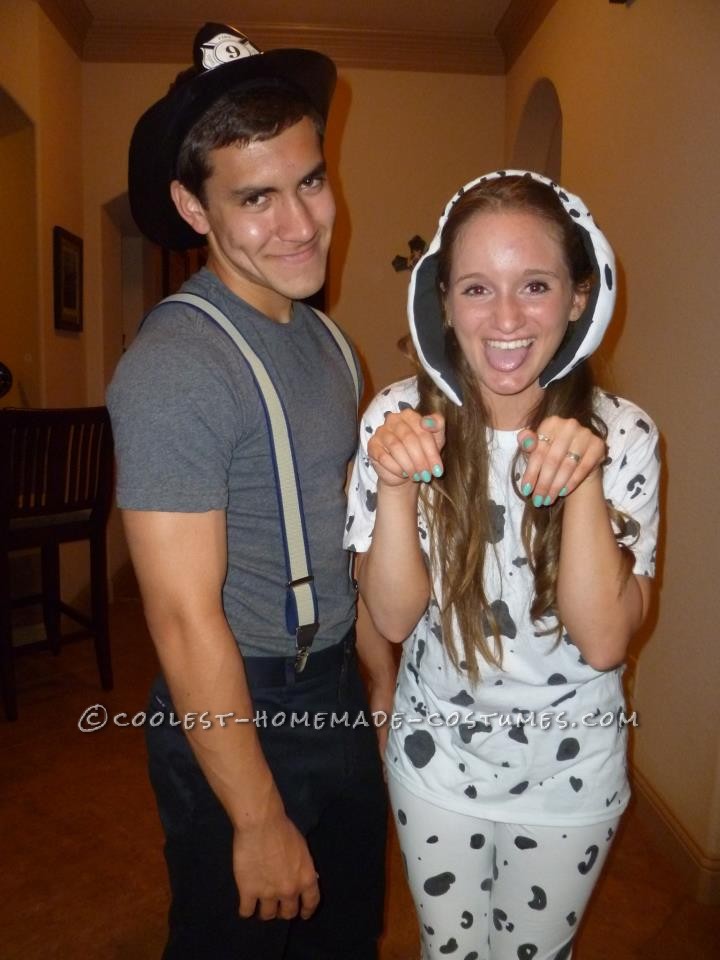 For the Dalmatian outfit, we took an old white shirt and a black furry tail bought from a party store I had used for a costume in the past, and wrapped the shirt around the tail until it covered the entire tail. We cut the fabric and used fabric glue to glue the two ends together to form a white sleeve over the tail, when the glue dried we flipped the sleeve inside out so there was a clean seam with no jagged edges to be shown. We slid the sleeve back onto the tail and painted black spots all around it.

To make the ears, we used the same white shirt that we cut up to make the tail. We looked up dalmatian ears and took a black color pencil and drew the outline of the shape of the ears and then cut them out. We made four ear cut outs and then placed two on top of the other two making one pair of double sided ears. We put fabric glue on the outside edges of the ears and once the glue dried flipped the ears to make clean seams. We painted spots of the outside part of the ears, and the painted the inner ears black. We then took pipe cleaners and stuck them down into the ears to make them stand out and adjustable and added cotton balls inside to make them puffy. we glued the open top part of the ears closed. We took a plastic sturdy head band and wrapped the remaining scraps from the white shirt around the top of it, and glued it on then painted spots on it and finally added on the ears.

The rest of the outfit was a white shirt and white leggings painted with spots. When we painted the shirt and leggings we put a poster board underneath so the paint would not bleed to the other side. Make sure you buy a longer white shirt that touches the top of your thighs because underwear is visible through the white leggings. The shoes were plain black toms.

My mom and I made the outfit together and it was fun bonding time for the two of us.

The outfit was super comfortable, I wore it to my school’s after prom party and got so many compliments on it. My boyfriend and I got a caricatures drawing done of us while we were there and the artist said it was the most creative outfit he had seen all night. he had added a fire hydrant beside me in the picture and a bone in my hand, in my firefighter’s hand he added an axe and a burning building in the bottom corner with a person screaming for help. My boyfriend is actually allergic to dogs, so it is ironic that I went as one, people made their comments to make fun of that fact but ended up complimenting us on what a cute idea it was and how well it turned out.

It was an amazing night and I will never forget it! 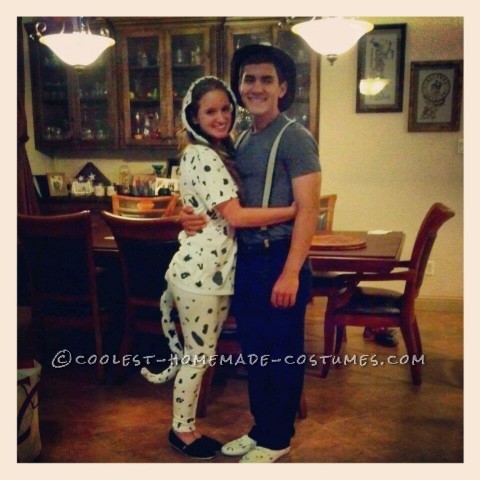 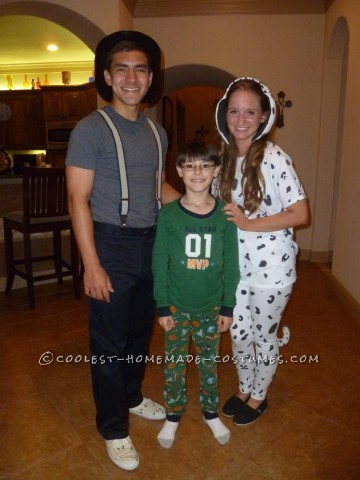