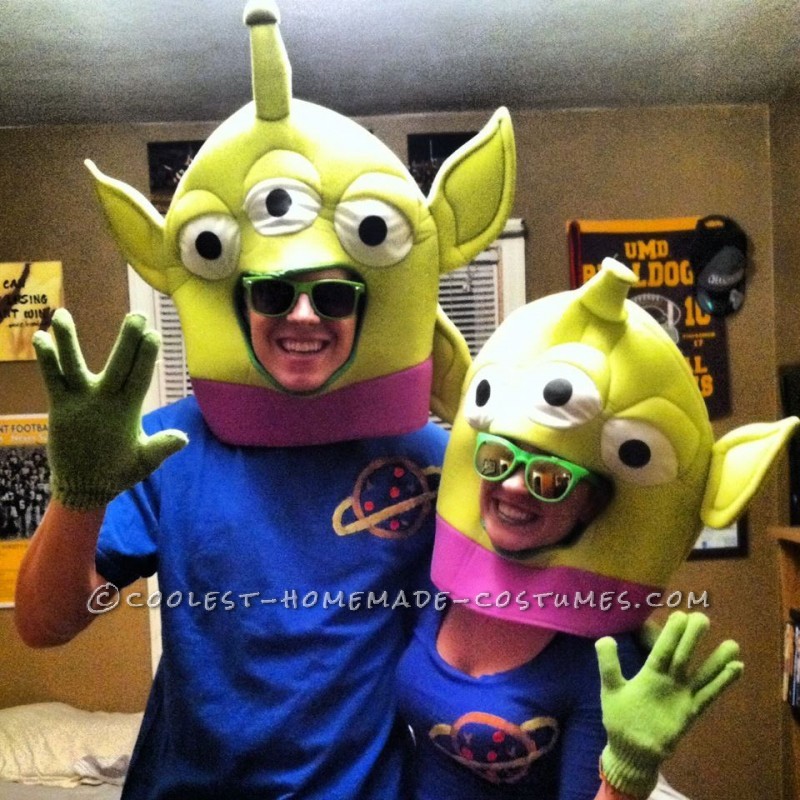 This Little Green Alien couple Toy Story costume was a crowd favorite. Toy Story is done a lot, but most people stick with the main characters. My boyfriend and I decided to go a different way. We like to joke and have fun, so little green Alien was the best way to do that.

The only thing that was pre-made was the head. We bought it for $20 at Walgreens.com. We used some safety pins to pin the heads to the back of our shirts, so the head stayed in place all night. I already had the shirt and I just painted the Saturn symbol on it. Because the head is so large, I decided to wear a blue skirt with lime green tights as well as a low cut shirt to make the costume a little more girly. My boyfriend wore royal blue scrubs and I painted the Saturn on a blue t-shirt he already had as well. We added the lime green gloves and glasses for another fun touch. I also wore lime green on my lips, hey it ‘s Halloween right?!

We had people coming up and complementing us all night!