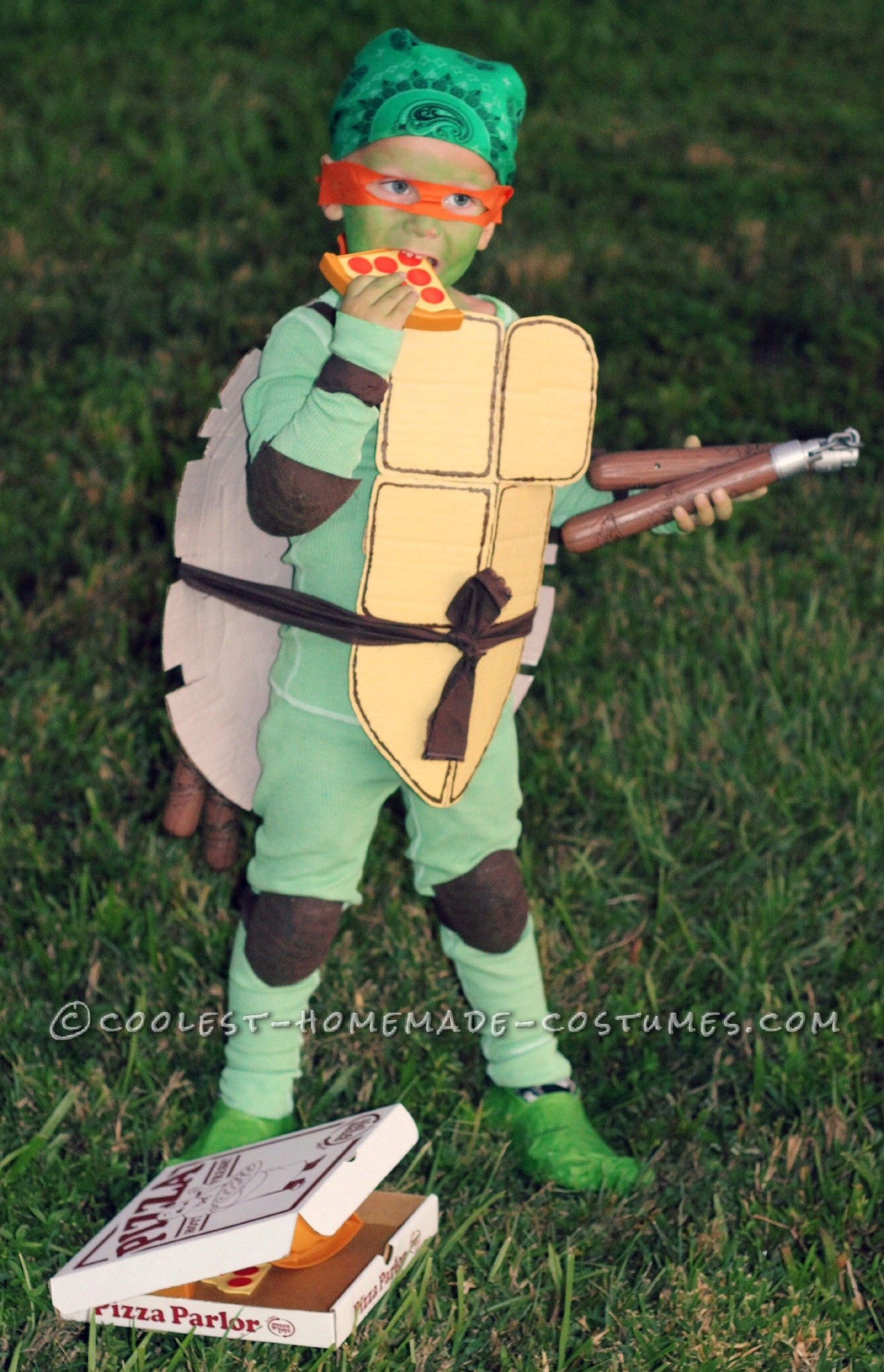 I made this Michael Angelo Ninja Turtle costume at my toddler’s request. Once my son was old enough to express his honest opinion I tried to allow him to make his own decisions and explore his imagination. When I asked him what he wanted to be for Halloween he told me Michael Angelo the orange Ninja Turtle. He loves the Ninja Turtles just like every other young child in America and Michael Angelo is his favorite. His wish was my command and the research began.

I am all about DIY and I have OCD, so his costume had to be done right to the T. I found the best image of the Ninja Turtle I could and went off of that.

That’s his costume in a nutshell. It took me 3 days to complete. The reaction I got from him was awesome. He didn’t want to take it off at all. Everyone else loved it and knew exactly what he was when he was wearing it. I loved making it and love that my son loved it even more! 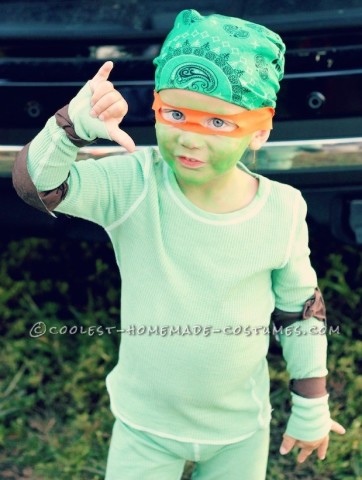 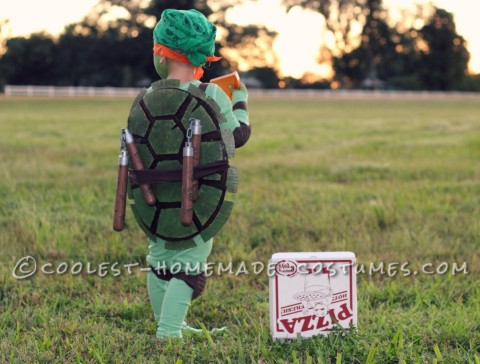