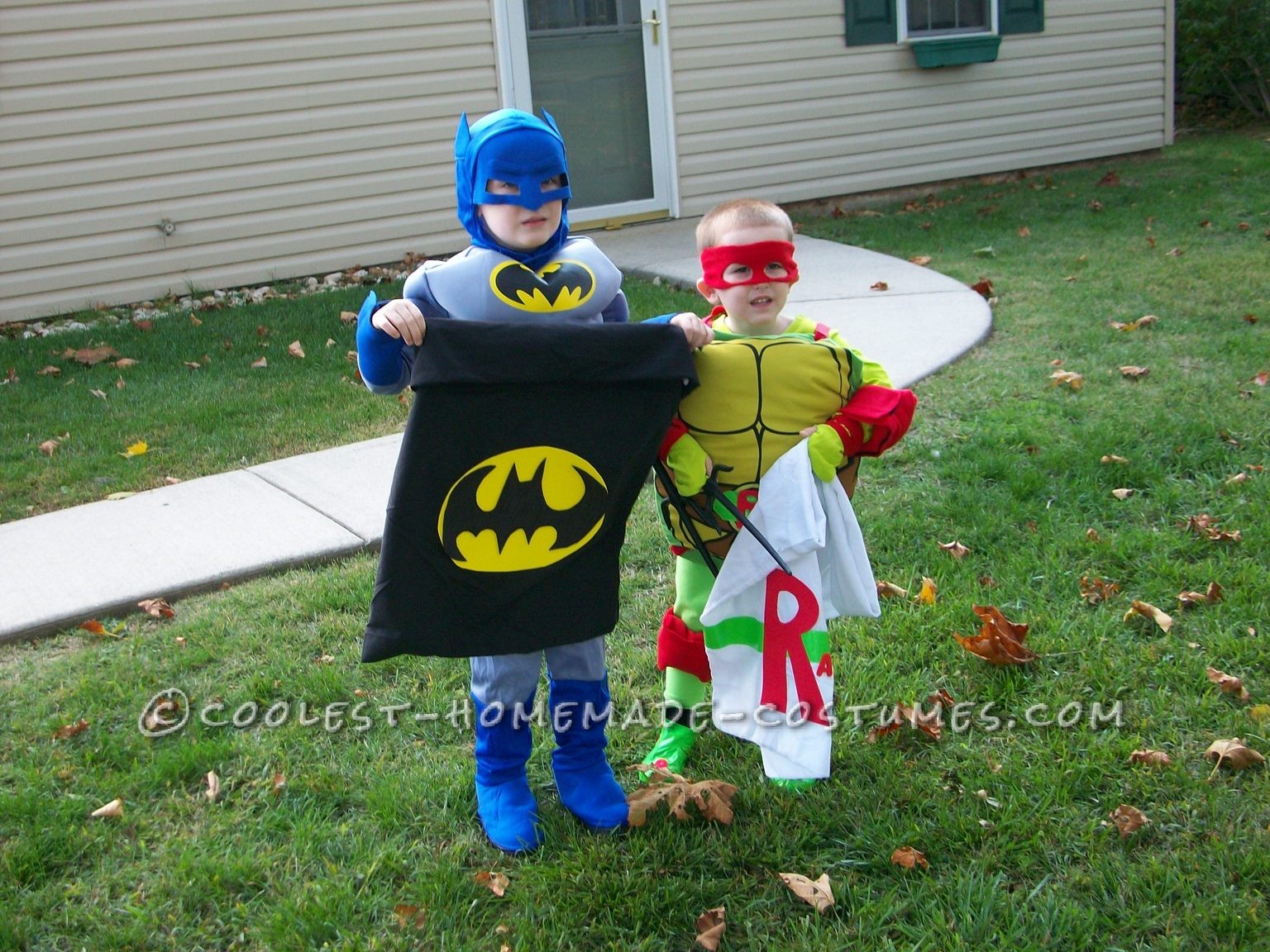 My son really wanted to be a Ninja Turtle for Halloween so we checked out costumes online and they all looked so cheesy so I decided to create my ownĀ Teenage Mutant Ninja Turtle Costume but modernizing the color.Ā  First I went to a store that sold ninja turtle shell t-shirts (Spencer’s or Hot Topic) and I cut the t-shirt up both sides and used cardboard (that I cut into two circles depending on the size of your child) and stuffing (sold at local craft stores) to create a puff soft shell. I’m not good at sewing so I used Velcro and wrapped the front of the turtle t-shirt shell on one piece of cardboard and the back of the turtle t-shirt shell on the other piece of cardboard, putting the stuffing in the middle and made two Velcro straps to drape on his shoulders for easy take on and off.

He already had black chuck Taylors so I used neon green duct tape to wrap around his shoes and put foam sticky letter R’s on each side (duct tape came off easily and didn’t ruin the shoes). I found a tight neon green long sleeve t-shirt (I cut two slits for his thumbs) and matching leggings in the girl section at Target to wear underneath the shell.Ā  I found the weapons at a local Halloween store and attached to pieces of Velcro to stick on the front of the shirt.

I also put the letter R for Raphael on the front of the shirt with foam sticky letters.Ā  The local fabric store always has a bunch of pieces of fabric that’s 50% to 75% offĀ  and I found a bunch of red to make the mask, knee pads and elbow pads (Velcro and stuffing).Ā  Gotta love the Velcro!Ā  To tie it all together I bought a plain white pillow case and used neon green duct tape and the sticky foam letters to make it look like Raphael’s belt.

I had a blast making this costume and my son loved it most of all.Ā  During trick or treating he tripped and fell and landed on his soft turtle shell belly.Ā  He obviously didn’t get hurt but we were laughing so hard. 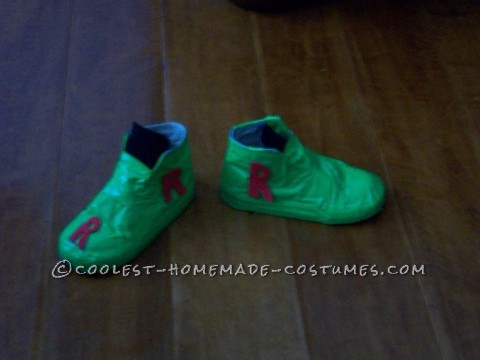 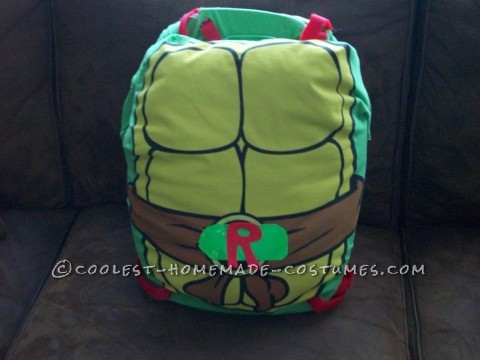 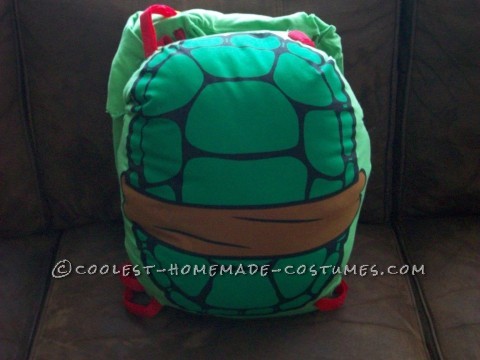