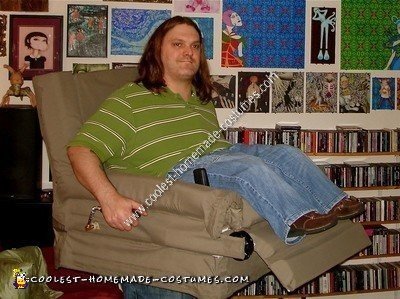 The inspiration for this years labor intensive homemade costume was shopping for a new couch. My wife and I went to Reclinerland while looking and though we didn’t end up buying a couch there I did get inspired to become RECLINERMAN.

I vowed to not do the homemade Recliner-Man Halloween costume unless I could engineer a recliner that actually worked, and after few sketches, and lots of puzzling I was able to be confident enough to get started.

The frame was built out of wood trim, corrugated plastic and high density cardboard corners. The recliner mechanics turned out to be quite simple. I purchased at a thrift store two metal tubes. One tube fit inside the other and were cut with a Dremel to size. I affixed the foot panel to the outer tube and connected the inner tube to the costume frame so the foot panel swung freely.

I affixed a spool with a strap to the outer tube so when the strap was pulled it turned the spool thus lifting the foot panel. The strap led to a lever made out a series of copper piping elbows and short straight pieces. After putting a straight piece through a drilled hole the pieces were semi permanently connect using Loctite thread locker.

The lever had to be tough because their was going to be a lot of reclining going on. The lever was the most difficult item to figure out how to build and the guys at Home Depot helped me out.

The harness was attached to the front and back of the homemade Recliner-Man Halloween costume and was made out of vinyl and strapping. After that it was just a lot of plastic, stiff and soft foam, foam core, fabric, about 30 hot glue sticks and the love of a dedicated crafter before I was ready for the finishing touches.

The final items were a pair of Capri pants, kids shoes, a Super Nintendo controller and a T.V remote control all purchased from my local thrift store.

I’m 37 years old and have made a labor of love costume every year that I can remember. Luckily I have some friends from high school that have held a traditional Halloween party every year so I have a place to show off my work. If you live in the Seattle area, The Creation Station is the best place to get supplies and Ideas, It has been an inspiration and my first stop every year. I have been shopping their for over ten years until 4 years ago when they hired me. Good luck and keep costuming fun. 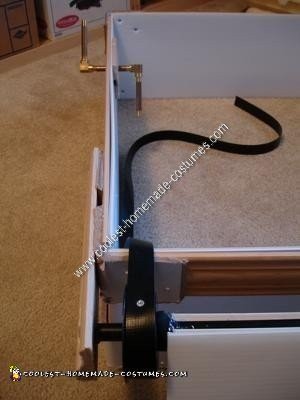 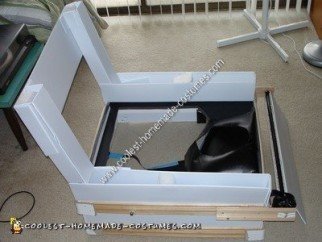 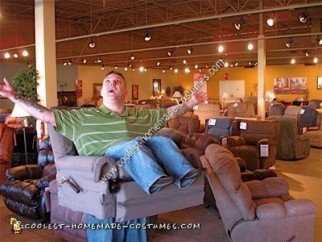