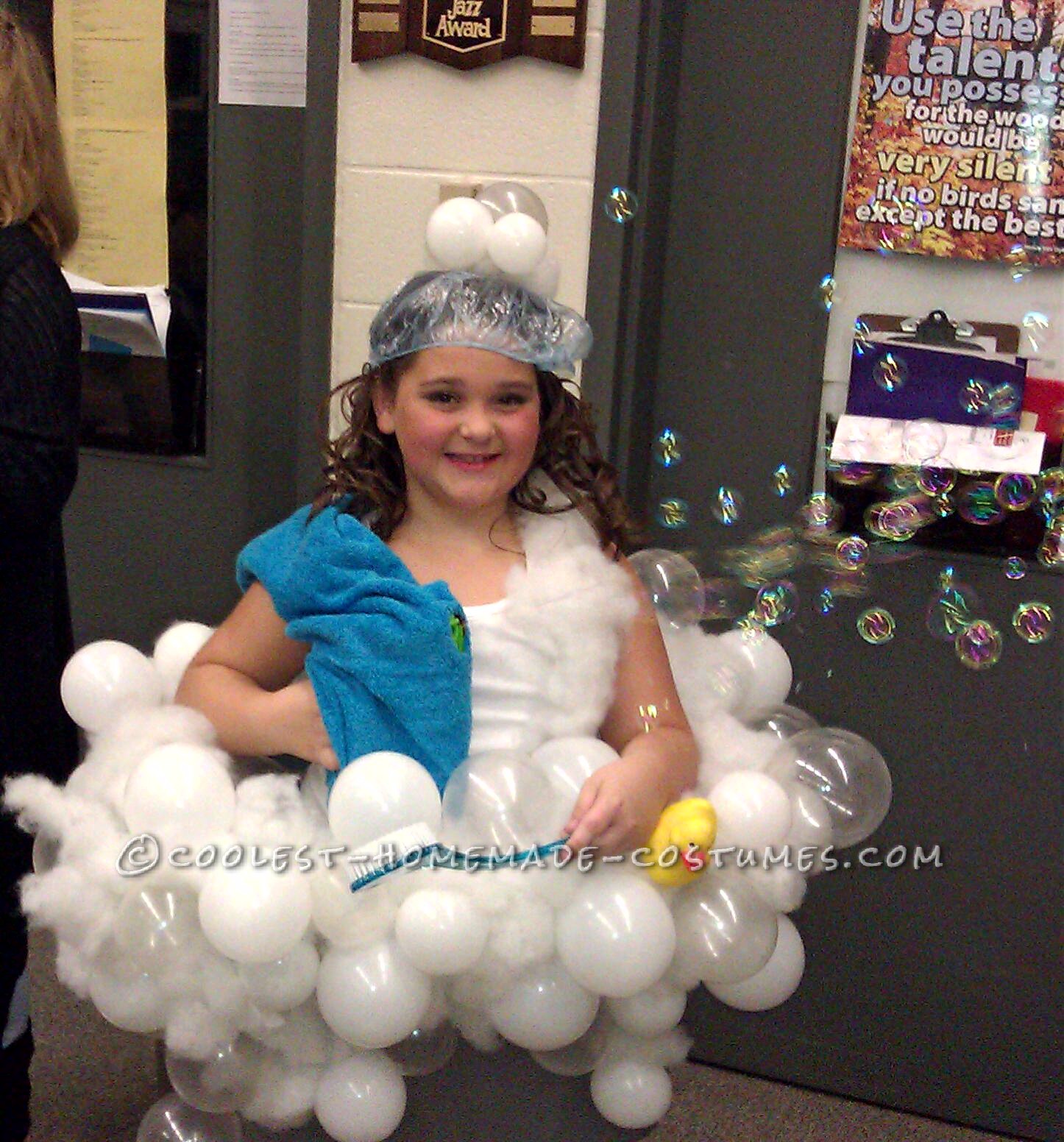 Who doesn’t love bubbles?!?!  This bubble bath costume did take some time and effort but it came out great and got a lot of compliments and attention!

Purchase a tote at any retail store and cut out the bottom. Then with a drill I put random holes throughout the tote making a place to put the knotted ends of the balloons. Then attach straps to the inside of the tote while fitting it to the person wearing them ( placing them like suspenders). I purchased the tiny clear and white balloons from I Party, a rubber ducky, stuffing cotton, a shower cap and scrub brush from any Dollar store.

I placed the balloons in the random holes on the totes..there is at least 50 holes and balloons..makes it appear nice and full.  Then in between the balloons I placed the stuffing to give it that sudsy look! Depending on the weather you want to dress accordingly to make believe you are in the tub!

The final touch was hiding a battery operated bubble gun under the blue bath towel…so no one could figure out where all the bubbles were coming from! She had a blast wearing this and making the bubbles for everyone! She won a pageant and several contests wearing this!

It takes some time but its definitely worth it! 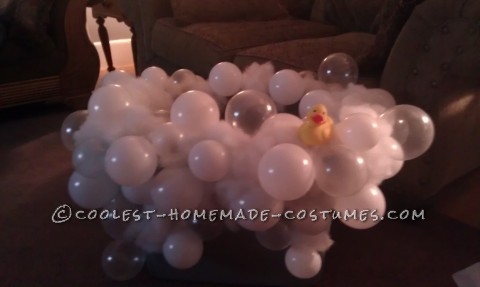