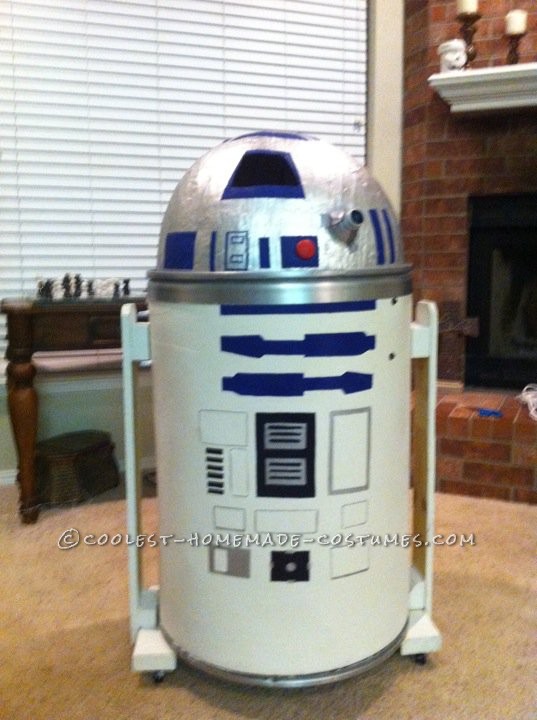 It’s been a few years ago that I made the R2D2 costume for a friend of mines daughter, but it has been by far one of my favorite creations. So many people have loved it I wanted to share for those looking for ideas. The most difficult part was finding the cardboard drum. I probably spent 4 hours or more looking for one, online and in hardware stores.  Finally one day I was driving in downtown OKC and I miraculously spotted a barrel outside of a local business.  The owner was kind enough to let me have it free of charge so I could make this amazing costume.  Enjoy!

For the body I used a cardboard barrel (drum), the arms were made from a fence slat, wheels were attached to the bottom using 2 x 4’s and the head was made by paper mache’ on a medicine ball. 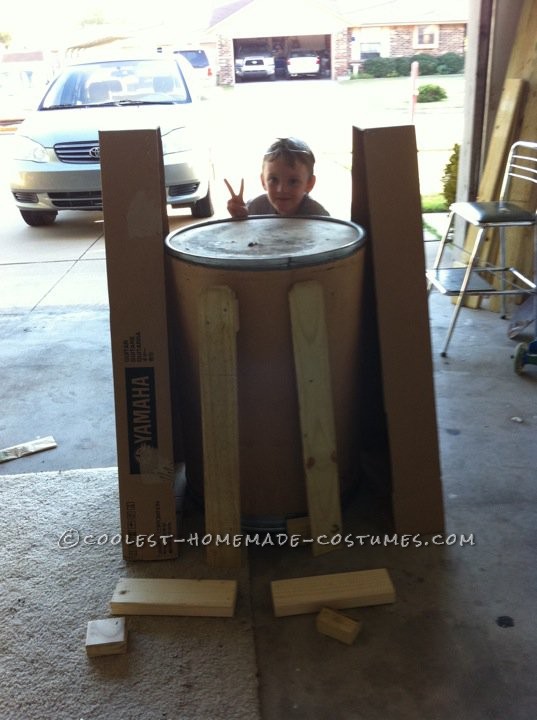 Find your supplies and an assistant : )

Next I cut the fence slat in half and attached them to the sides of the barrel. I screwed them from the inside of the barrel so not to leave any sharp objects inside. I found a suitable size medicine ball and inflated it to the proper size to create the head.

Oh, did I mention the barrel doesn’t need to have a top or a bottom?  I think I used a jigsaw to remove the bottom and the top had a lid that I disposed of. 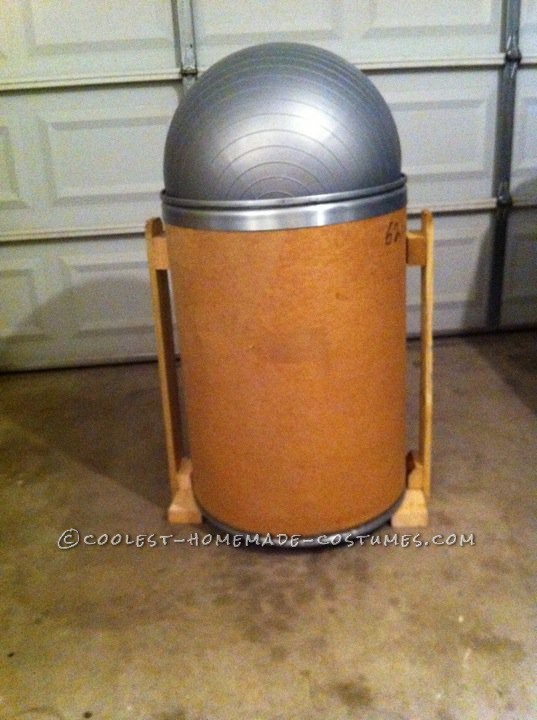 Attach the arms and remove the bottom

I added the wheels to the bottom of the barrel using screws, wood blocks on the sides of the barrel to allow walking room. I cut the wood blocks from 2 x4’s and wheels I bought at the hardware store. Then I painted the whole thing other than silver edges white with Kilz primer. 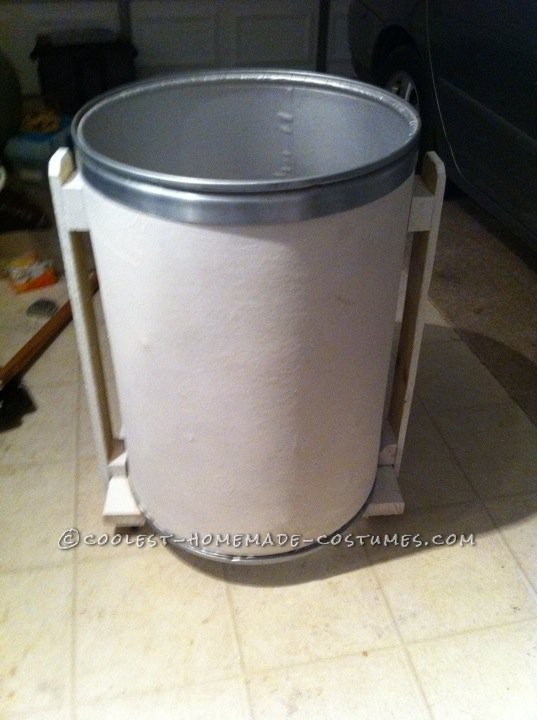 Paint it white and add the wheels

I put paper mache on the medicine ball using a mixture I found online. I think it was flour and water. It’s been several years but I’m pretty sure that was it. I added several layers to keep the head nice and strong. 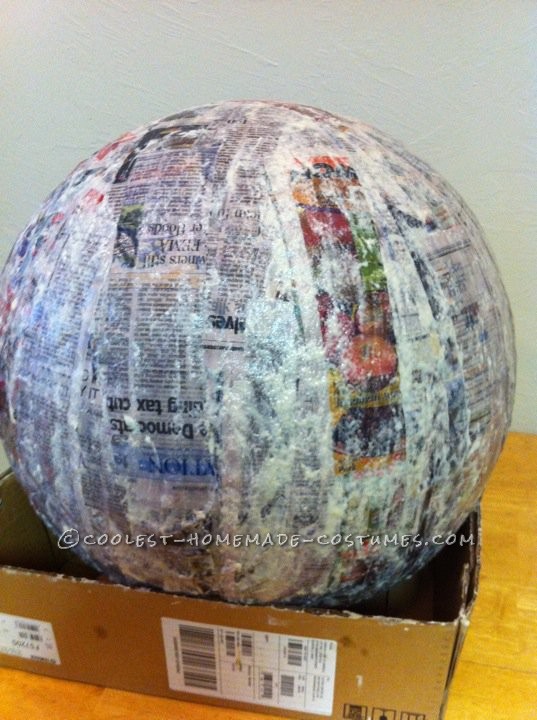 Finish painting the body and head:

I found a picture online and stenciled/painted the design on R2D2. Painted the head silver with spray paint and also added details. I cut a shape in the head to allow for walking etc. 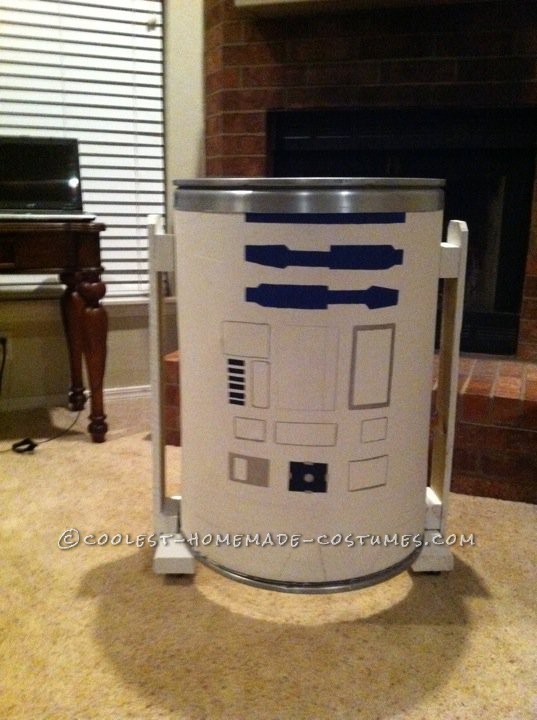 Last but not least:

I had to use chicken wire to create a more stable area for the head. That part was a little tricky and I really can’t explain it but it did add some stability. The ultimate goal was to put a screen over the open spot on the head but it made for a claustrophobic child so we left it open. I think you could add speakers and sound effect also to make it a little more fun but I was pressed for time.

This costume still makes random appearances since my friend and her daughter are HUGE Star Wars fans.