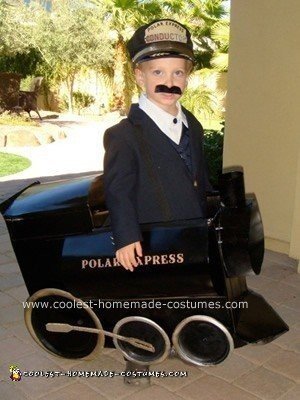 My son is OBSESSED with The Polar Express. So when he said he wanted to be the Polar Express for Halloween, I did what any mother would do for her child. I made him a Homemade Polar Express and Conductor Costume! And to top it off, we used a blue suit and old TWA pilot’s hat to make him the conductor.

I’m missing the spectacles and tie, but I figured I made my point with the mustache. I printed out a conductor badge, printed on it the words “Polar Express” and tacked it to his pilot’s hat. He also carried a ticket puncher with him.

The train was made out of a cardboard diaper box. I added construction paper for the add-on pieces (the top of the engine, the smokestack, the front where the light is, the bottom front (the grill? I don’t know the names of the train parts!) and rounded sides. The rounded sides were attached by using a paper cutter to slice through the diaper box and slide cardboard construction paper into the groves and fold and tape them into the inside. I used paper plates for the wheels, attached with nuts and bolts.

Everything was spray-painted glossy black with metallic champagne trim and stick-on letters were added that I found at Michael’s. I used the hole in the diaper box that is the “handle” to place a flashlight, so he would have a working train light to lead the way in the dark. I attached banding from the fabric store as straps to hold the train up on him. 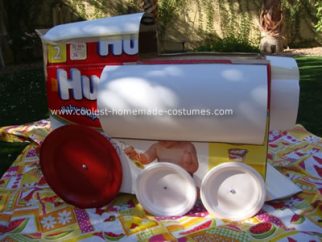 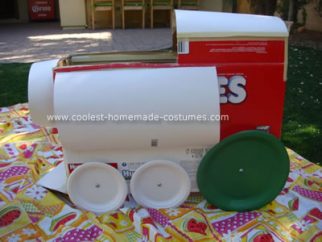 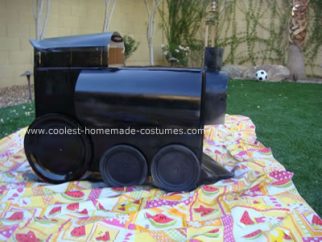 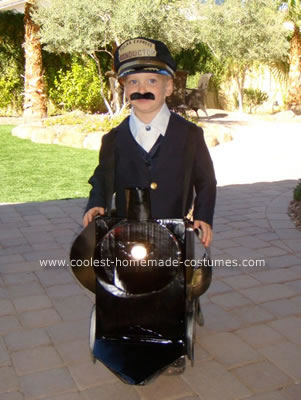 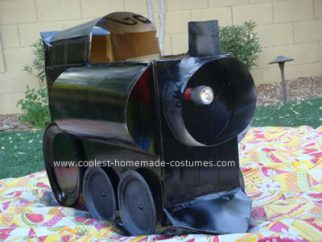 The Scarves of Christmas Past Costume