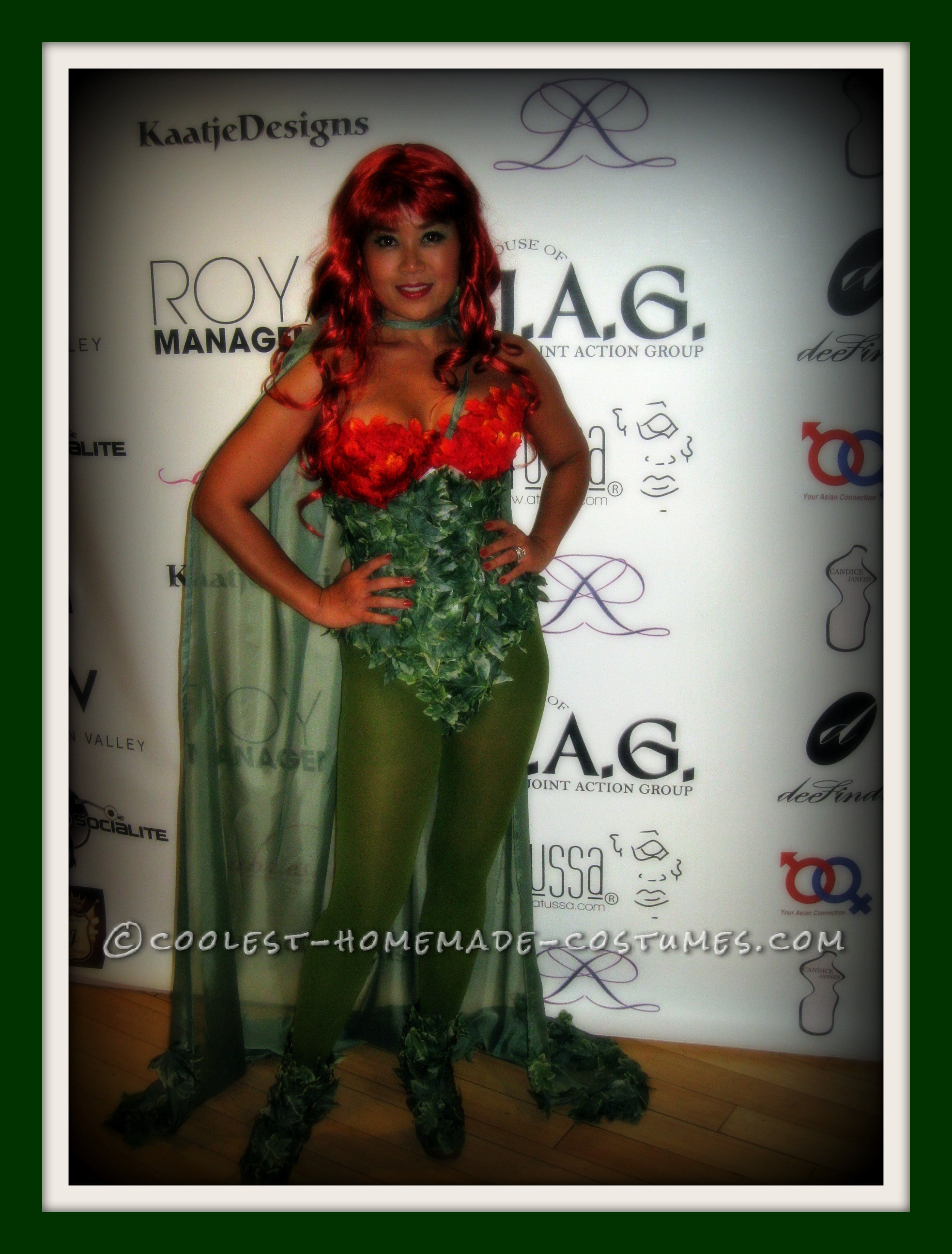 My main concern for this Poison Ivy costume was finding a strapless one-piece bathing suit that would stay up — absolutely no luck. So instead, I decided to use an under-bust corset, a strapless bra, and one of my bikini bottoms.

To play up on Poison Ivy’s red hair, I bought fiery orange leaves for the strapless bra, and purchased some olive-colored leaves. Initially, I thought about gluing the leaves, but since I wanted to make sure they didn’t “pop” off, I decided to sew each single leaf until they fully covered the bikini bottom, corset, and strapless bra. It took FOREVER, but I love the results!

I then took a pair of ankle boots and proceeded to cover them with the leaves. And to top off the look, I decided to add a cape using one sheer curtain panel. This had a dual purpose — the cape provided coverage and it hid the lacing of the corset.

My husband went as The Riddler (we covered his old cream suit with question marks) and I must say . . . we were a hit! 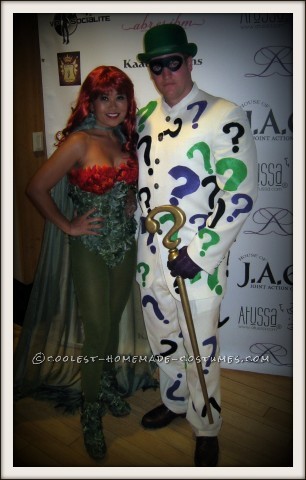 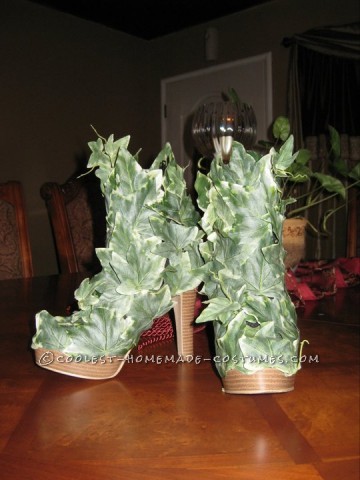 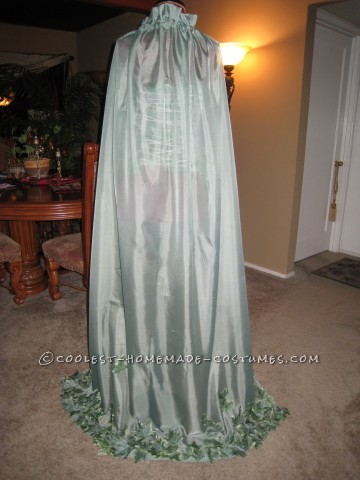 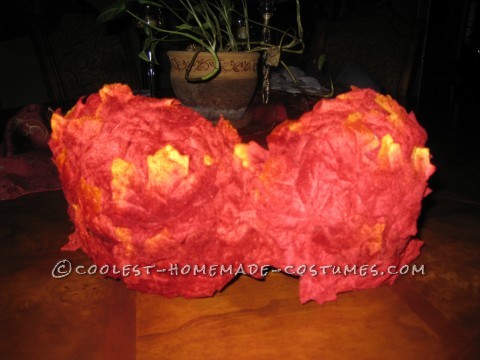 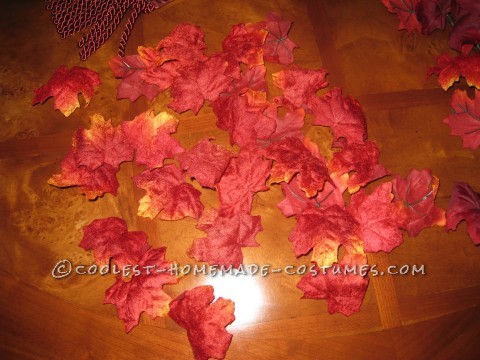 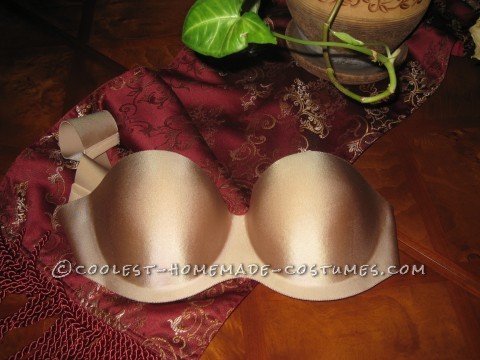 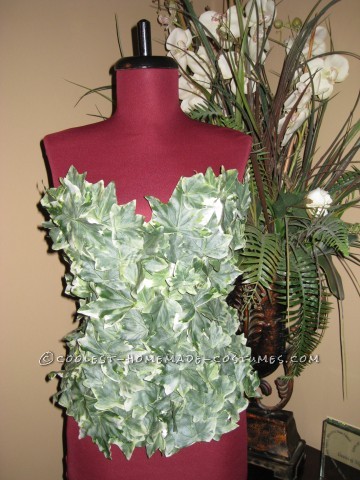 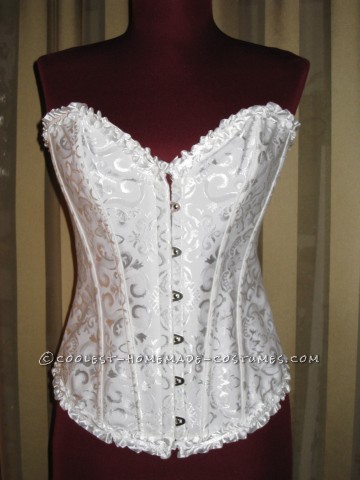