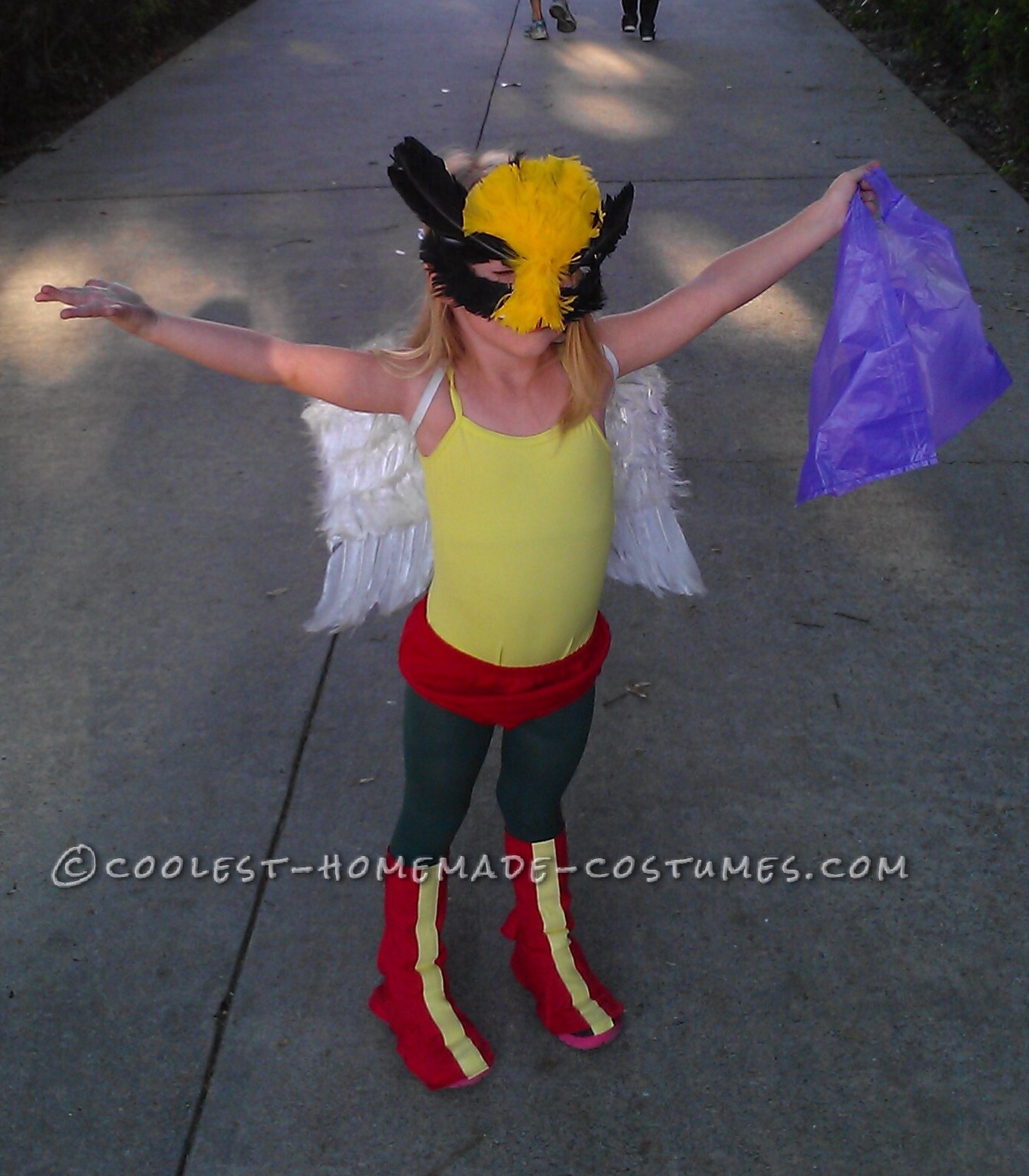 This was the first year my 3 year old truly understood what Halloween was and started her countdown back in May. I asked her to think very hard about what she wanted to be since I wanted to make her costumes just like my mom always did for me. Doh! Starting early August she decided she wanted to be Hawk Girl from the Justice League. That’s cool, I thought, she’ll probably change her mind 20 times before Halloween. Nope. Not a chance in the world. Every where we went and everyone she met, she told them she was going to be Hawk Girl for Halloween. So our path was set. But she picked the one character we would have to make completely from scratch.

I’m a fairly novice sewer so I searched for the oath of least resistance with putting the illustrious Hawk Girl together. Honestly, the majority of her costume was fairly easy to put together. I ordered her a yellow leotard online and Luchill had a pair of red spirit pants from a cheer costume my husband reluctantly bought her a while back. Green tights, green tights were tough. I found a pair of white ones and got some dye and they came out perfect! So at this point, the kid would actually be clothed on the day in mention.

Now comes the harder part. Wings. No one makes grey wings, let alone in kid size. I ordered a pair of “dainty angle wings” that were made for adults from Party City and with a little tweaking, and a lot of silver glitter fabric spray paint, we had something that looked like grey wings. I really wish I had taken before and after photos of that but I can tell you that my garage floor is now very sparkly.

Her mask wasn’t too hard to do. I grabbed a blank mask and some feathers at the craft store. One night, by the light of my fish tank, I glue gunned the crud out of that thing, while continually checking the photo of her mask to see if I had something that resembled what Hawk Girls mask looks like.

My nemesis, oh my nemesis, her boots. My mother had suggested that I find a pair of rain boots and spray paint the yellow line on them. I wanted something a little more comfortable for her to walk around in for trick or treating, so I decided I would sew her boot covers to go over her sneakers. Should have went with the rain boots. After grabbing a few fabric quarters and some Velcro we were off to the races. Seeing a tutorial on Pinterest, I thought I could knock out these babies in an hour or two. Psh! Two days and countless needles and thread, along with a few choice words, I finally had something that resembled what I wanted.

So there you have it, the creation of Hawk Girl. Halloween was awesome, although most people knew she was a super hero, they had no clue who she was. Audrey didn’t care one bit. She was ecstatic. One kid walking his siblings around was probably the only one who knew who she was and screamed “Hawk Girl! I’ve never seen one before!” He had the biggest smile on his face too, which made me happy. But more importantly, my daughter got to be the superhero she wanted to be and had an awesome Halloween. 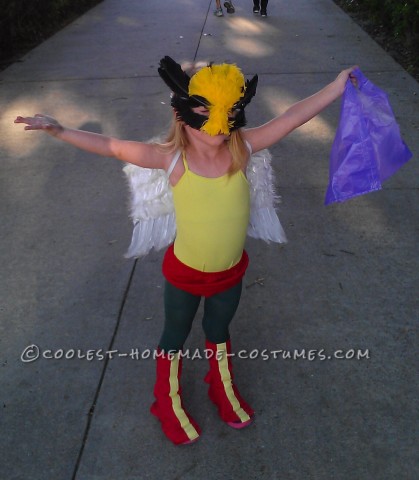 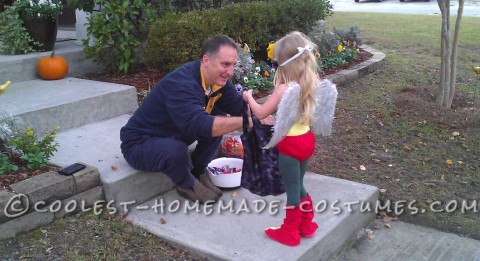 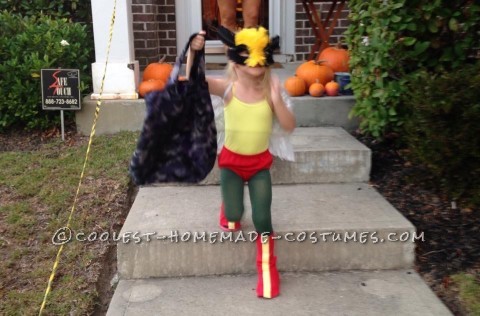 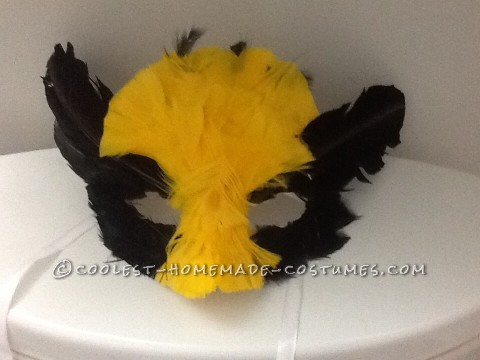 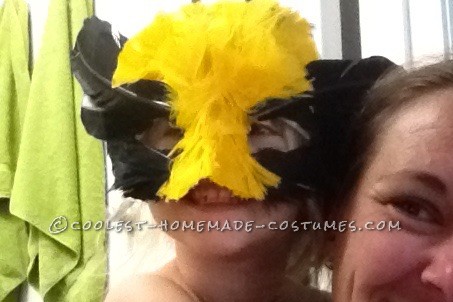 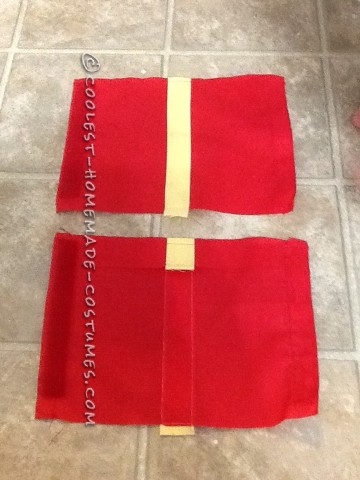 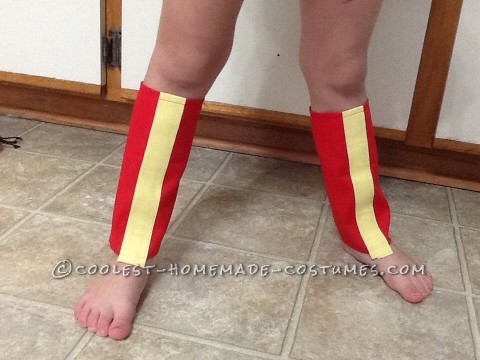 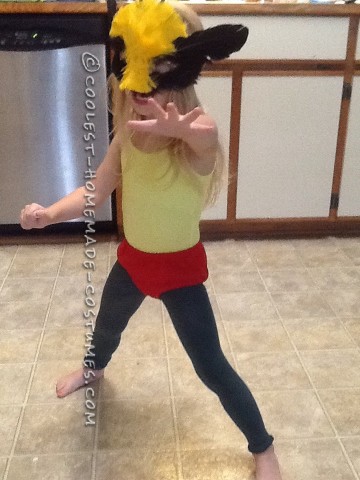 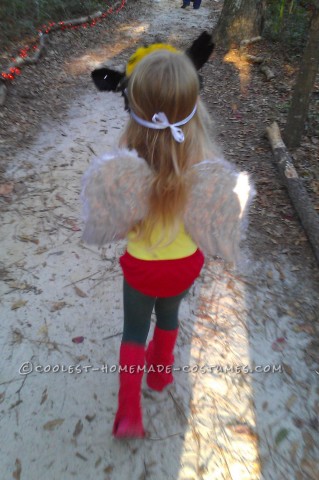