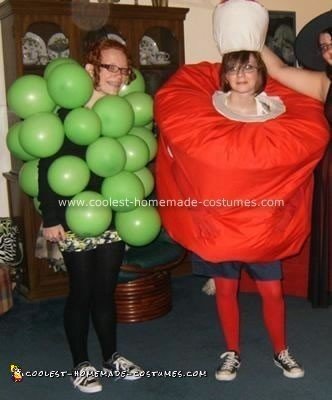 I had a sudden idea from out of the blue to dress up as the apple from the “Fruit of the Loom” commercials. I knew this would be a difficult task, but with a bit of cardboard, a bunch of stuffing, a few yards of fabric, and some heavy duty sewing, I had myself a great costume. I then started to think it would be quite amusing if I got together the whole gang. I only managed to get one bunch of green grapes, but in the end, it was hilarious.

The grape required several safety pins and balloons and was a hazard near sharp objects. I had the idea to wear boxer shorts and I even made my trick-or-treat bag from boxers with the legs sewn up. Getting through door ways was difficult, but it was fun and worth while. We hope you like our Homemade Fruit of the Loom costume! 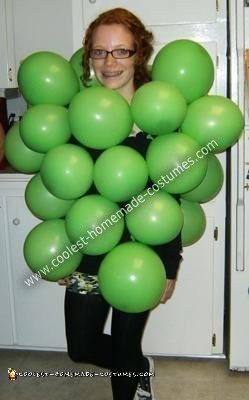