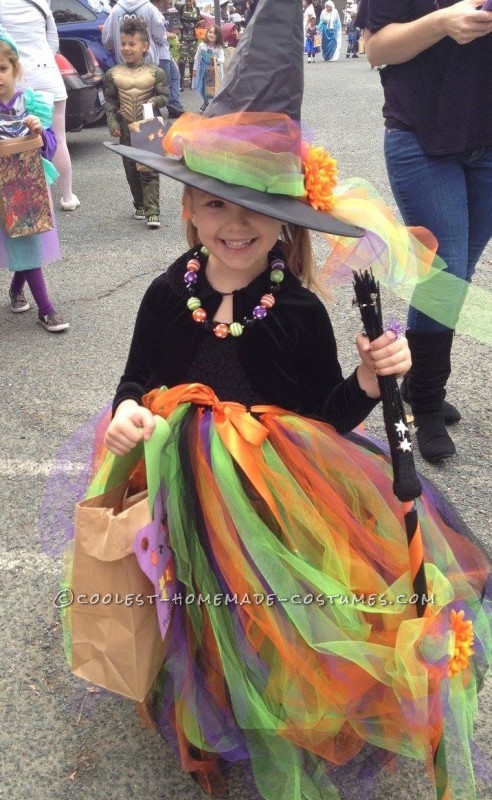 My daughter wanted to be a “non scary fancy witch” so with a lot of tulle this is what I did!

I used eight 6″ rolls (had some left over) of tulle. Black, orange, green and purple. I cut strips and attached two layers to a black crochet top… the second layer made it really full (YouTube offers great tutorials on how to measure and easily cut tulle strips for tutu dresses). Several people said it looked like she was floating!

I used purple ribbon to make shoulder straps and orange ribbon to make the belt. We purchased a plain black witch hat and lightly hot glued tulle around it along with two large orange dried flowers. The broom was plain black but I used the same ribbon I used on her belt and twirled it around then tied tulle at the base and glued one orange flower in the center. It was cold so she ended up wearing a black half sweater.

We put on a chunky necklace that matched and she was good to go!

She got compliments all day and night and won two costume contests! 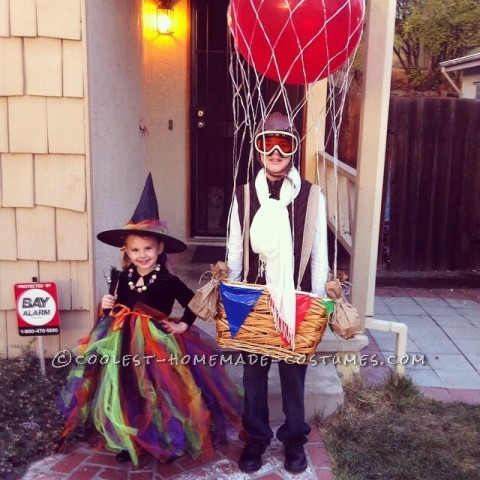