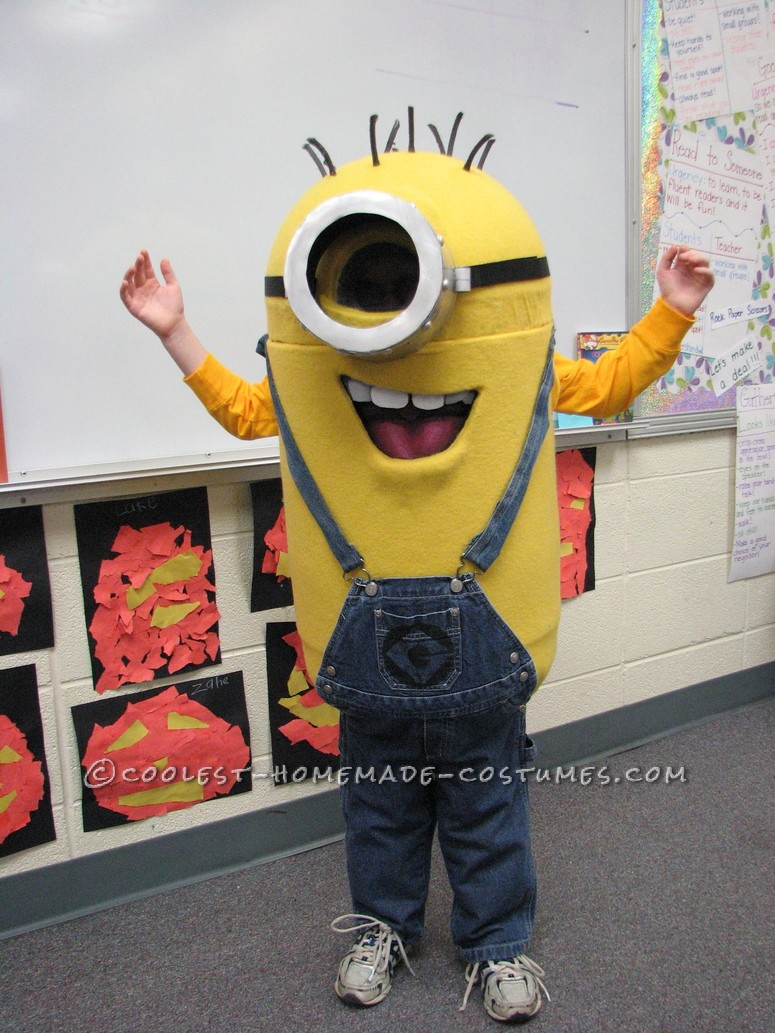 As soon as my son saw Dispicable Me, my son immediately knew he wanted to be a minion.  I had made his costumes for the past several years (Coolest Homemade Luke Skywalker Pilot Costume 2 and Coolest Bumblebee Transformer Halloween Costume 24), so I started working on this new challenge.  He can be pretty shy, but once he was in this costume, his personality lit up. 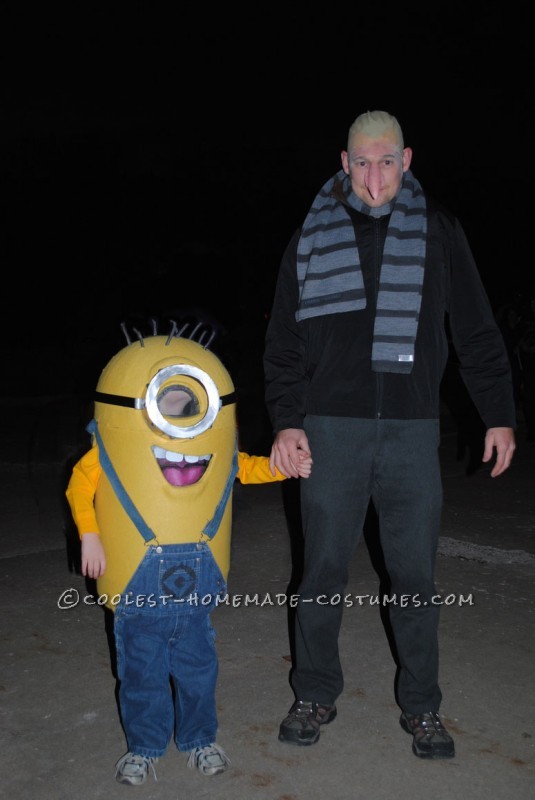 Me and My Minion

The Trash Can Structure

Since the basic shape was so simple, I knew the basic form had to be correct in order to look right.  After looking around the kitchen sections in stores for a dome shape for the head, I found a great plastic trash can from Walmart for around $10.  I knew this would fit his 6 yr. old body well and provide me with the structure from which I could build the costume.  I cut the arm holes, mouth hole, and bottom of the trash can out using a rotary cutting tool (roto-zip), which made life very easy.  Light sanding of the edges made sure the plastic wouldn’t scrape my son as he wore it around. 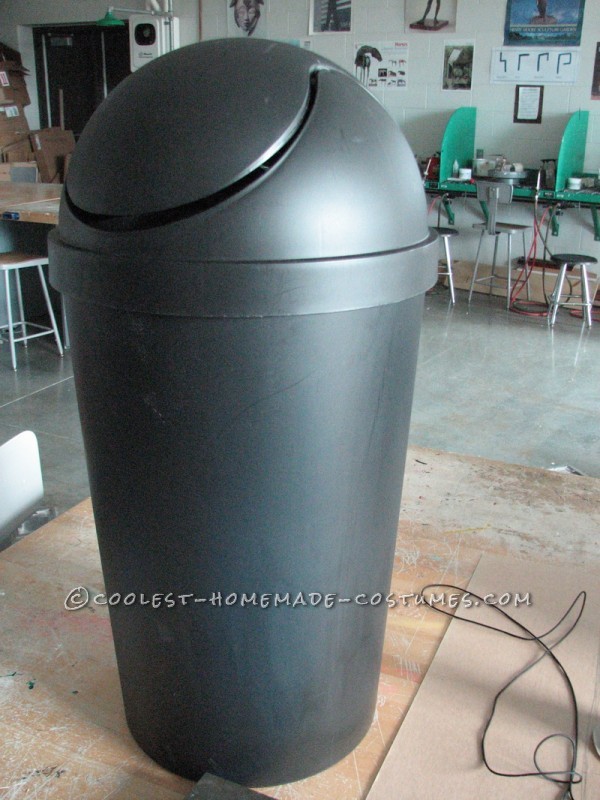 Refining the Form and Adding a Mouth

Next, I wrapped the trash can in foam from a camping sleeping pad. This allowed me to remove the taper from the trash can with some leveling strips, and even out some of the unwanted dimension from the lid.  A hot-glue gun worked well for this. By layering the foam around the mouth, interesting depth was created to give it a more 3-D appearance. 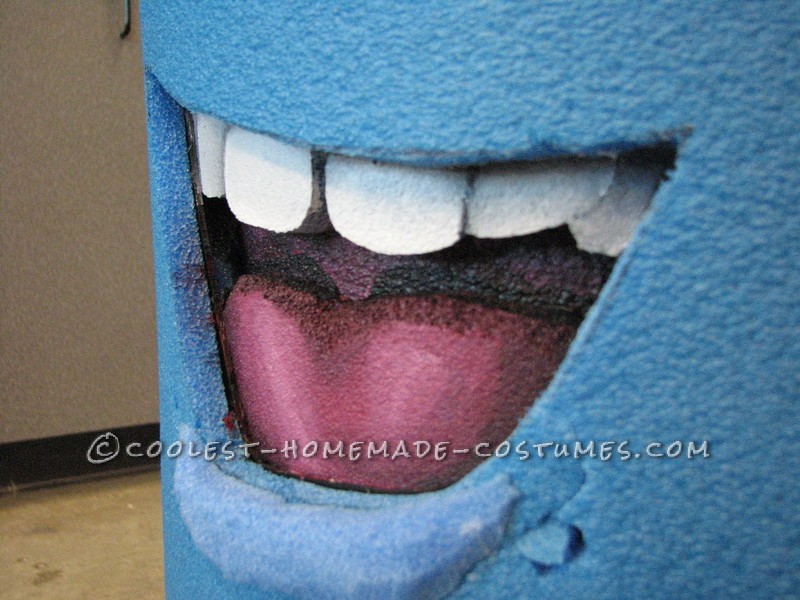 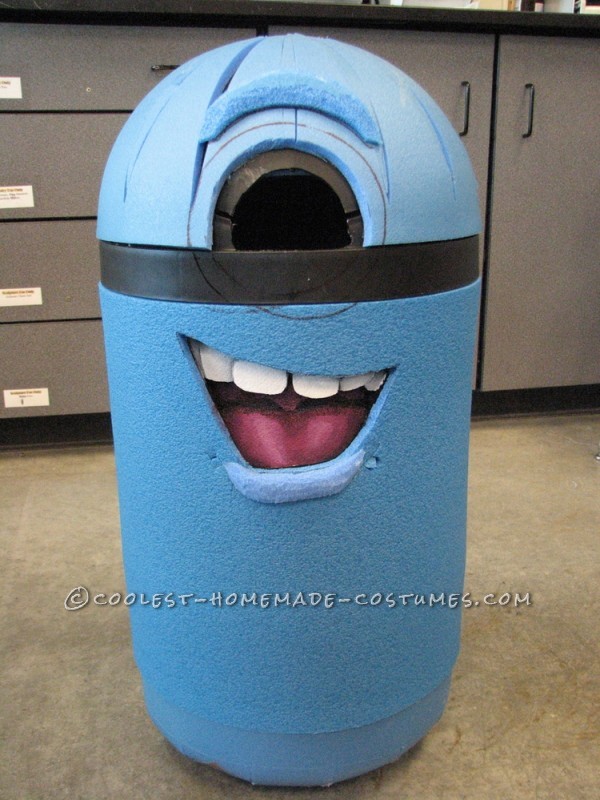 The Covered Trash Can

Sizing and Adjusting to Fit

On the inside, I used thick elastic with overall fasteners (also purchased from Walmart).  This way, the costume rests on my son’s shoulders and is adjustable to make more or less slack in order to make the costume fit. 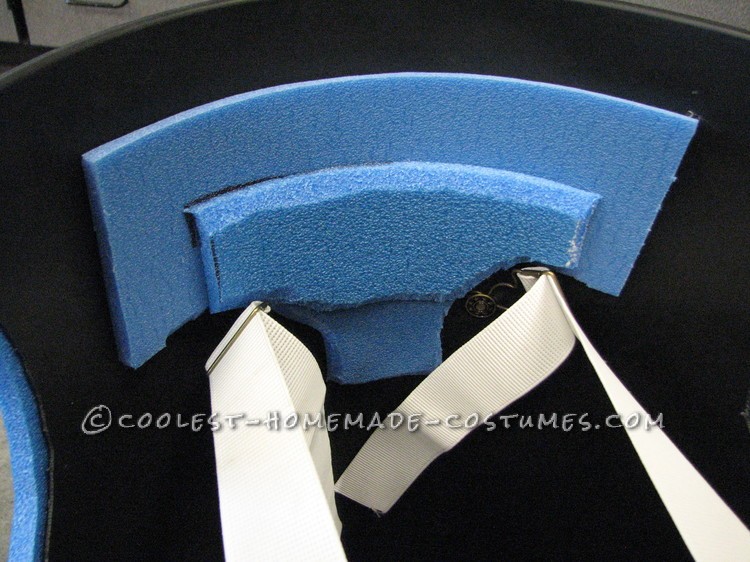 Adjustable Elastic Straps and the backside of the Mouth

The goggle was made from the camping foam first, then wrapped in aluminum flashing.  I hammered aluminum circles into domes using some jewelry dapping blocks, however you could do the same with a ball peen hammer and a piece of wood with a half dome carved out with a dremel tool.  The detail was created by model train tape that was wrapped around goggle.  Nylon webbing formed the goggle strap.  The eyebrow was made after the goggle, so I could match the shape and make it look as if it were pressing against the minion’s skin. 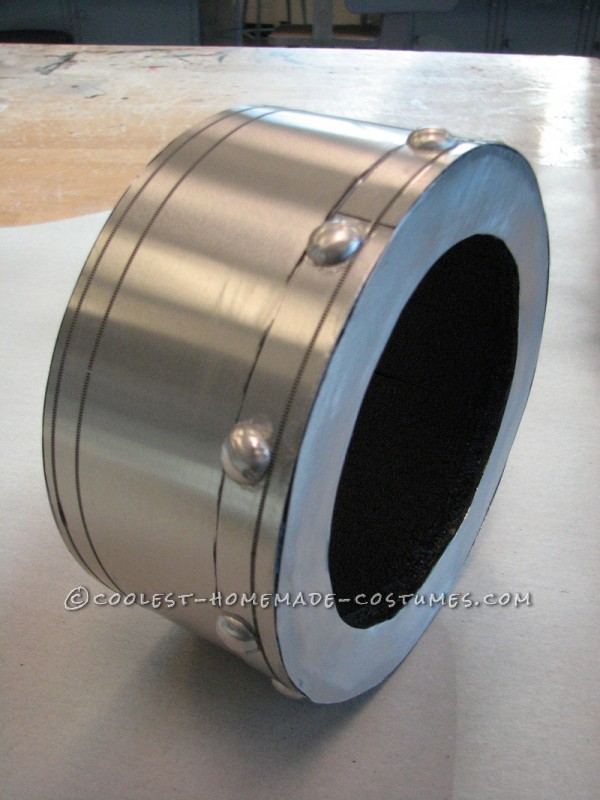 To make the minion come to life, yellow fleece was applied to the foam using spray adhesive.  Shapes of fleece were cut close and “dry fit” before being glued down.  Careful slits were cut in the dome so folds were not created when wrapping the fleece around the head.  The lid of the trash can was done separately from the body, so it could come off for ease getting into the costume.

Acrylic paint and spray painted weaving core was used to detail out the mouth and hair.  The hair was stuck into the foam by creating holes with an xacto knife.  Overalls from a thrift store were painted and modified to fit around the minion form.  Wire pieces act like staples through the overalls and trash can in order to keep the overalls on. 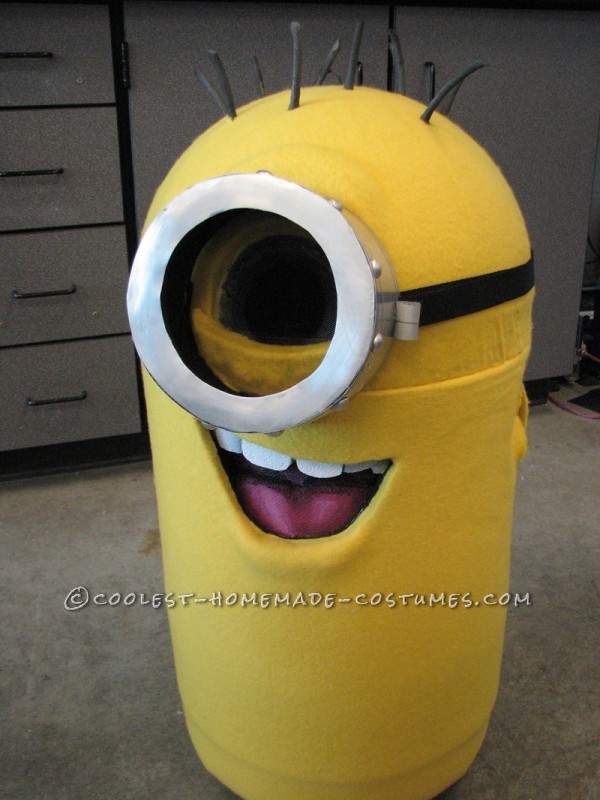 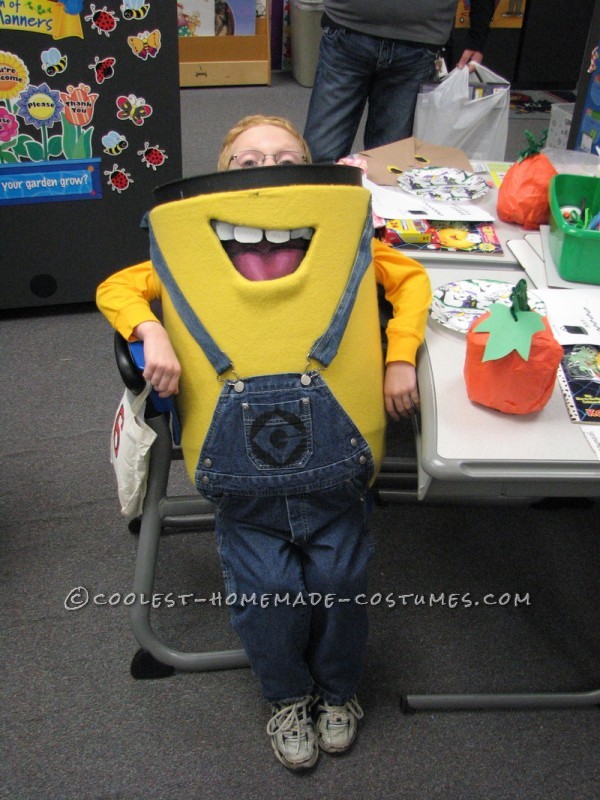 Hanging out and cooling off

The construction and materials of the costume made it well insulated so he had no trouble staying warm while trick or treating.  He needed to take the top off and vent a little when he was inside too long.  His vision was limited a bit, so he needed help navigating steps and was a bit slower walking around. The costume was very sturdy and didn’t show any wear through the various activities and parties he attended.  Overall, his costume was a huge hit at his school and all the students wanted photos with him in during the Halloween party. 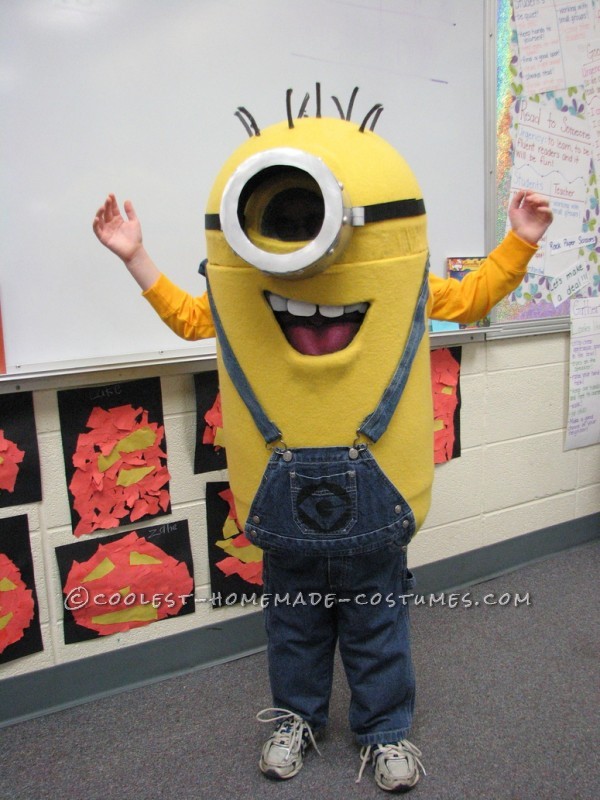