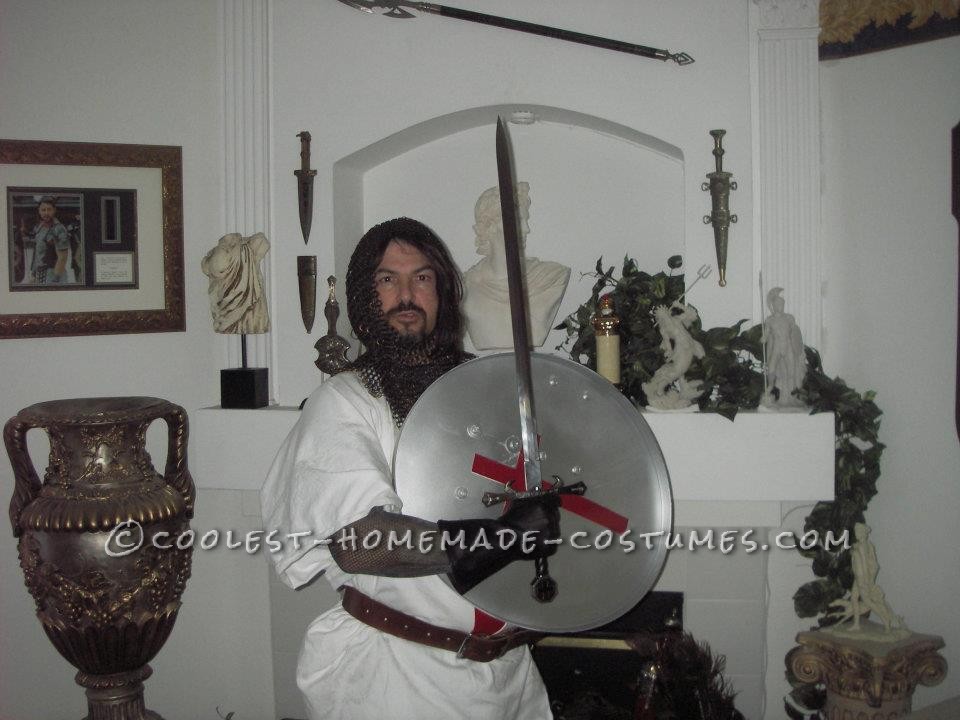 This is the Knights outfit I made for the Renaissance fair last year. I made two different ones but only used one. I went as a  Crusader Knight because it was not as hot as wearing Armor. But I will tell you about, and show you both the first one is the Crusader.

I made it out of a table cloth, red felt and glued two pieces together as a cross. I made the shield out of an old dish network dish I found in the trash. The chain mail is made from black girls stockings I cut up and spray painted sliver. And the sword and gloves I already had.

The black knight costume I made, had most of the same stuff from the other Crusader Knight. But I bought a black long dress at a thift store and cut it open . Armor chest plate I already had since I collect armor and weapons. I hope you like them. 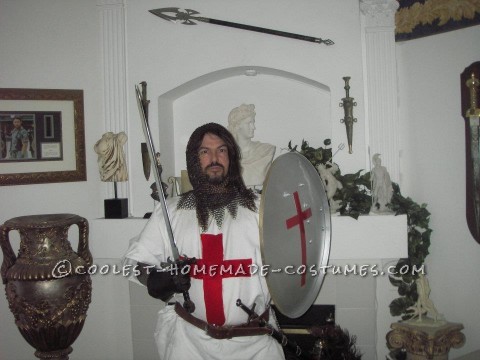 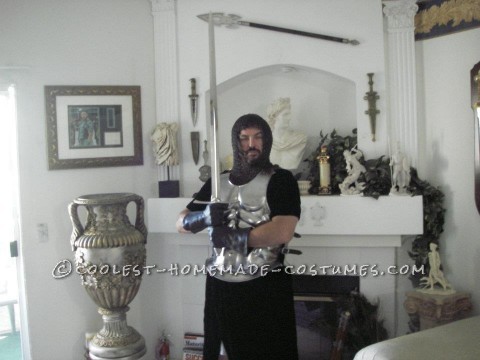 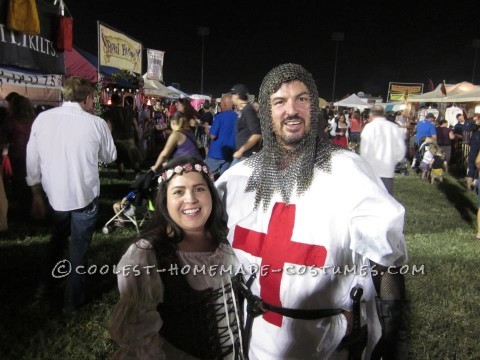 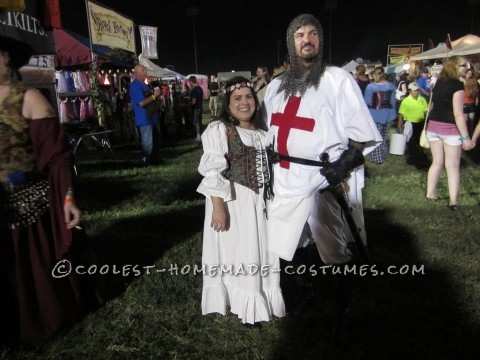