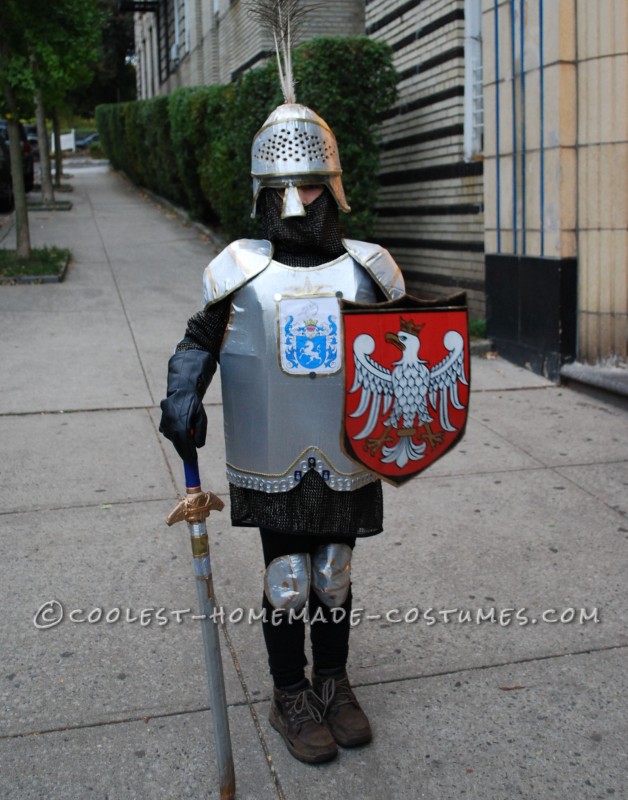 This XIV Century Knight costume is 100% hand-made costume. I was making this costume all week for my 7 year old son Olek. This is costume a Polish knight from XIV century. This eagle in the coat of arms is also from XIV century. Knight in his armor has OUR family coat of arms – TRZASKA (from the same century as the rest of the costume). I used cardboard boxes, old dress, silver and gold fabric, paint ald a lot of tape. My son collected twice as much candy on Halloween night than his friends! He was very proud of his costume. 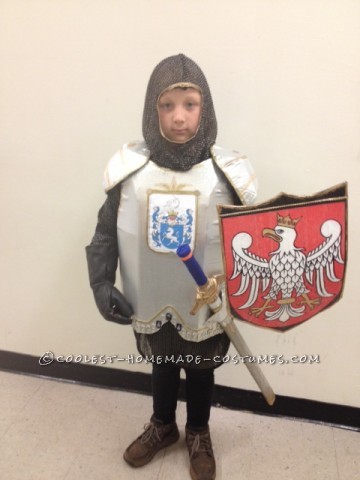 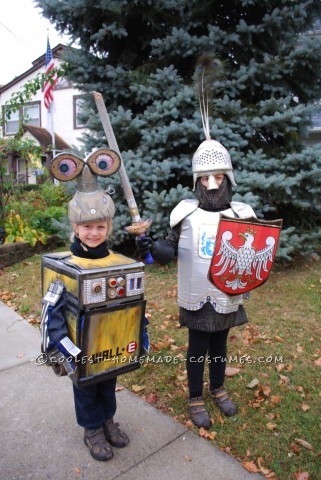