My friends and I wanted to do a wicked group costume this year- the Muppets! We were the hit of the party all night, everyone wanted to have their picture taken with me!

The whole Homemade Beaker Costume was made for under $10, using supplies from local thrift and Dollar stores. The head is just a large piece of poster board rolled up. I hot-glued on big Styrofoam craft balls for the eyes. The nose was cut out of a big piece of foam and covered with orange craft felt.

The hair was an orange plastic Hawaiian lei from the Dollar store. Most of it was put together easily with hot-glue, but I did sew the gloves to give Beaker his characteristic three fingered hands. It doesn’t show in photos, but I could also make the mouth move so it would open and close while Beaker talked- “MEEMEMEEP MEEEE!” 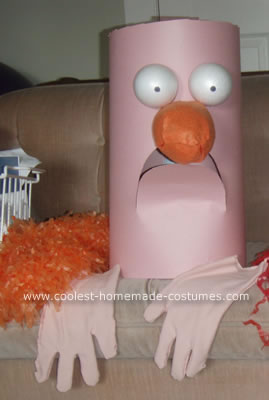 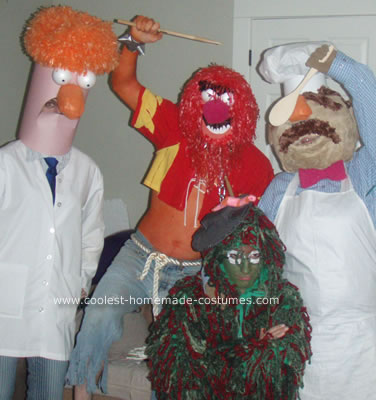 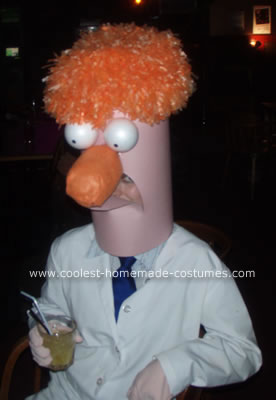