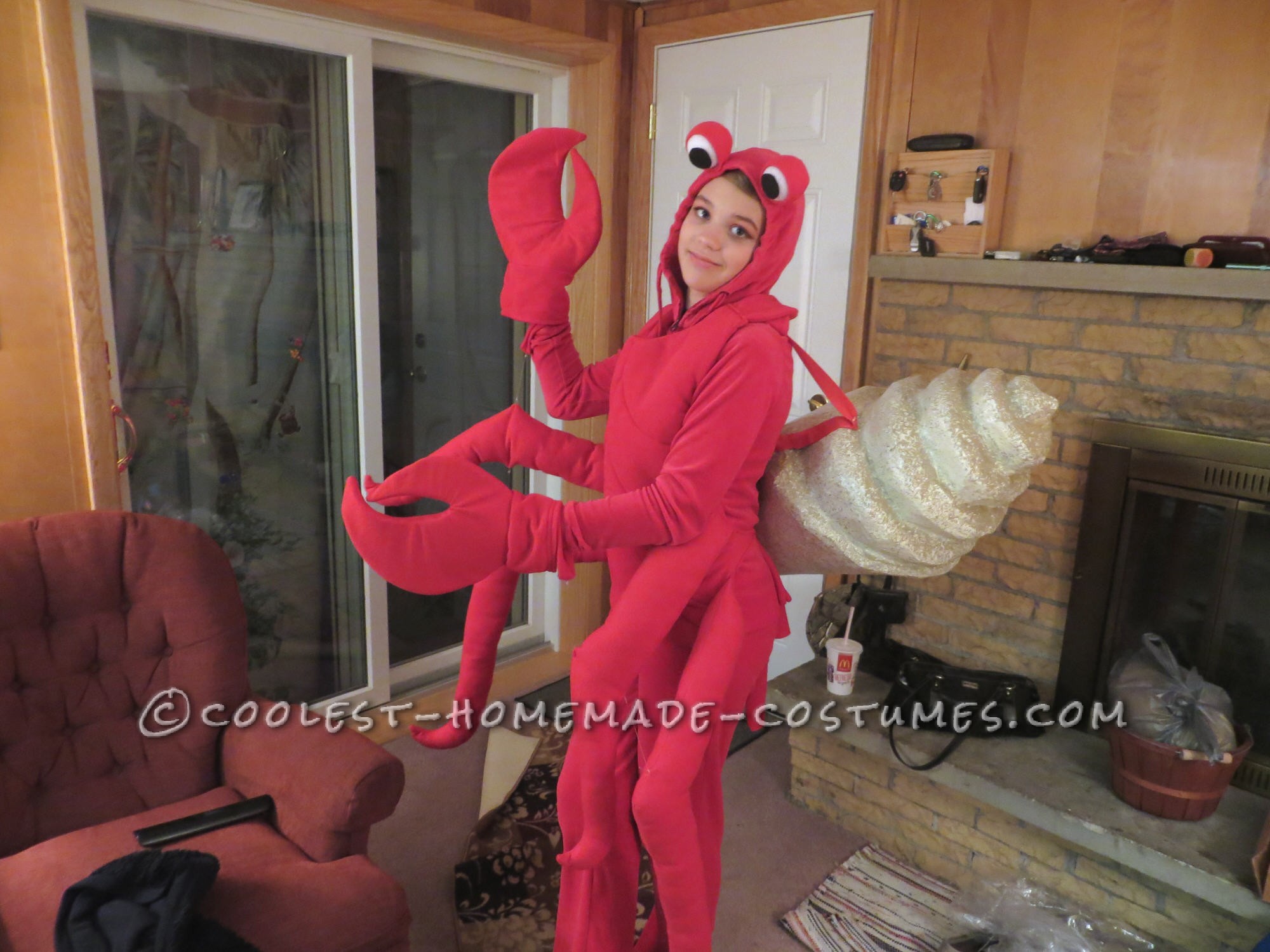 My 12 year old daughter decided this was her last year to go trick-or-treating and wanted to be a Hermit Crab.  I looked and looked for shell ideas but did not find any that we liked, so we set out on a very long journey filled with tons of mistakes!  We started out with 1” foam and rolled it up into a basic shell shape and then tacked it at a few points to hold the shape.  My plan was to cover the foam in an off white satin by using hot glue – but hot glue did not stick to the foam!  I could have sewed it on, but then you would have seen stitch marks.  So the next brilliant idea was to use some spray foam to cover it and then paint it.  Another big mistake – it turned into a huge ball of foam!!  I almost scrapped the costume at that point, but it was my daughter’s last trick-or-treat so I persevered.  Using my electric knife, I carved a shell out of the foam and in some spots I carved down to the original foam which was unfortunate because paint would not stick to it.  So we decided to paper mache the whole thing!  Finally it was ready for my daughter to paint!  The whole process took us 10 days!

The body of the costume was much easier.  She wore a red sweat suit and we sewed eyes on the hood.  Because she would have straps over her shoulder from the shell, we wanted to cover it up, so we sewed a front panel that could slip over her head and tie behind her back.  The legs were sewn onto this piece so that she could save it – and anyone could use it again.  Because the legs were all held together with fishing line, we made rings to slip onto her wrists so they would mimic her arm movement, and finally her claws went on her hands!  She did not want big fluffy claws – she wanted to be able to move her hands (get candy) so we stuffed them with craft foam to hold the shape.

Our mistakes actually helped out in the end – it was a very rainy and wet night for trick-or-treat.  If we had not paper mache’d and painted the shell it would not have been water proof!  Had it been only the foam and material it would have been a huge wet soppy sponge! 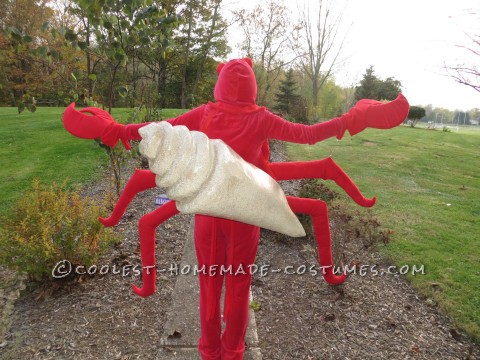