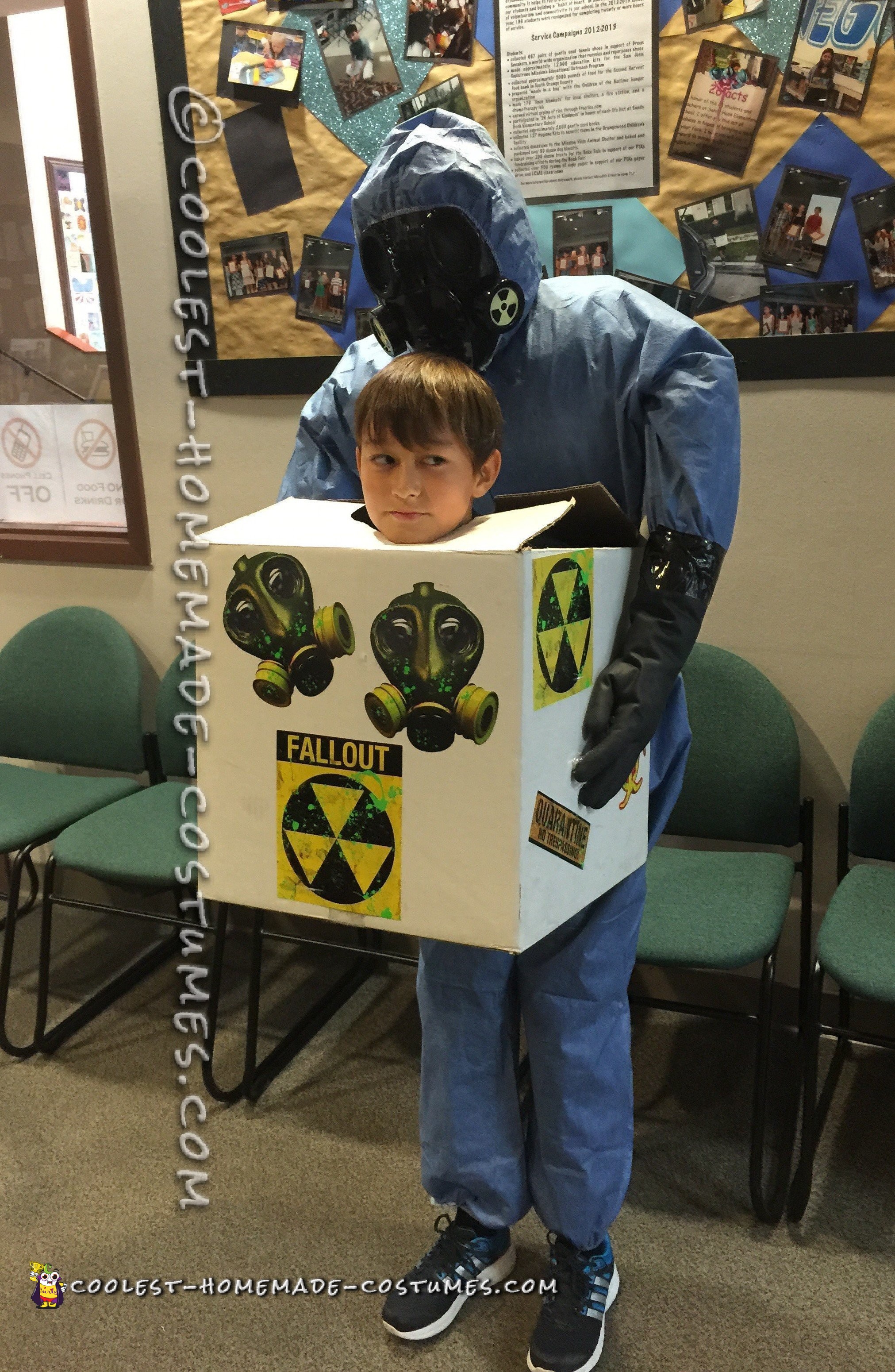 Halloween is my favorite holiday of the year and anyone who knows me, (especially my wife and kids) knows the month of October will be a crazy messy house of glue, foam, paint, cardboard, tape, and anything else I can get my hands on. So, this year was no different, in the past I used to make costumes for me but now it’s pretty much for my kids and if time permits I would get to indulge myself with a costume. This year there was little time for me so all my efforts went into my kids :)

So, my son who is 11 had his very first middle school dance with a costume contest to boot. Well, game on! “Son, let’s win this thing!” I love illusion costumes and once you’ve made as many as I have, they get pretty easy to create. They’ve also gotten much less complex :) We decided on a hazmat type guy carrying my son’s head in a box (guess his body could be in there too). Off to Home Depot to get a hazmat suit, or a $4 paper painting suit with a hood and some rubber gloves. Then to the Halloween store to get a mask, we found a Hazmat mask for $11! We had a box at home, duct taper and of course hot glue. A few hours later, the costume was finished!

The greatest thing about this costume was the confused looks on the kids at his school when he walked in, priceless! Oh, he won Most Creative :) Some kids joked he could have won every category: Scariest, Creative, Funniest and the best Group costume! Hahaha! Needless to say, he had a wonderful time at his first dance and was quite the attraction there too! 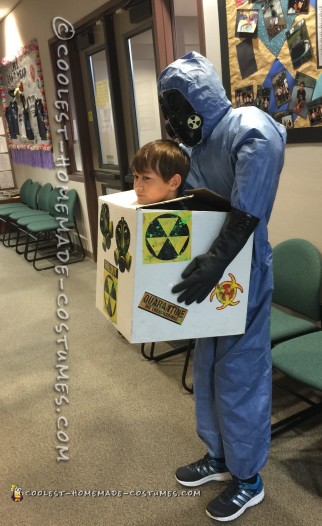 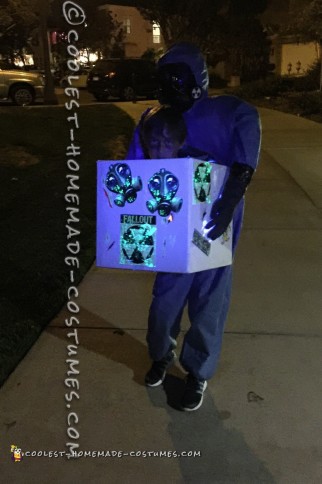 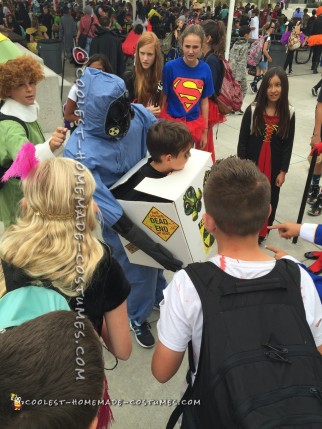