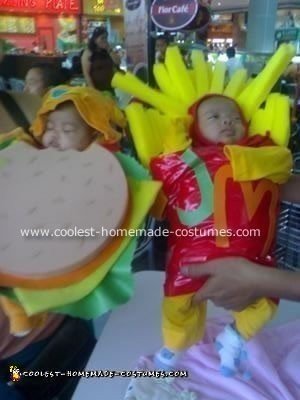 A parade of twins was held here in the Philippines. It showcases twins of all ages and we were asked to have them wear their most unique costume.

I bought foam and some excess cloth to make the veggies to fill the sandwich and with the use of a glue gun, the work was done. My twins won the Best in costume for twins. They were really eye catching and a real match! They were even featured in one television station here as the cutest!