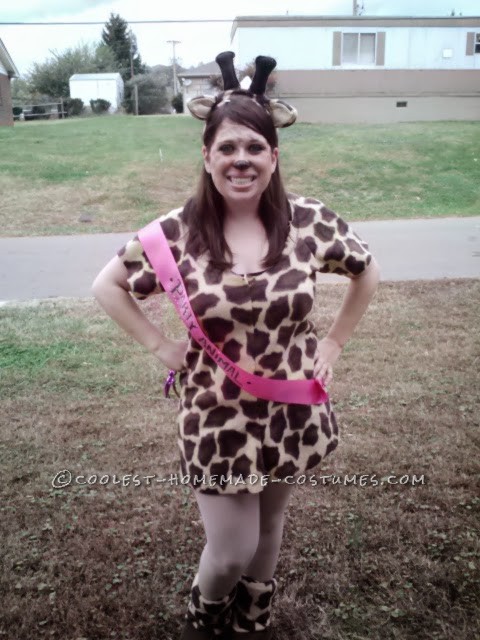 So this year i decided for halloween i would once again put my brain to work and think of a creative costume. I have always been told I am quite the Party Animal. So with a little thinking I decided i wanted to be one for Halloween. I went to the local craft store and bought Giraffe Print fabric along wtih a tan and brown fabric. I bought more of the Giraffe Print fabric because i was making my dress out of that, I also bought a Headband and Party Favors at the Dollar store. So with all the esscentials in need i went to work. I had help from my grandmother creating my dress, when the dress was finished we had some fabric left over and created leg warmers to put over my UGG boots i had in my closet. I Slipped on tights, my costume and put on My ears (which we sewed together to around the headband). Everywere i went i was loud and disruptive. I had a party Horn and blew it everywhere i went. I also had a party hat on the first night it was behind my ears and the second night I had it off to one side. I really enjoyed my costume and came in third at a costume contest at the local bar. I got many compliments on it all night and was told it was one of the more creative costumes they had seen. 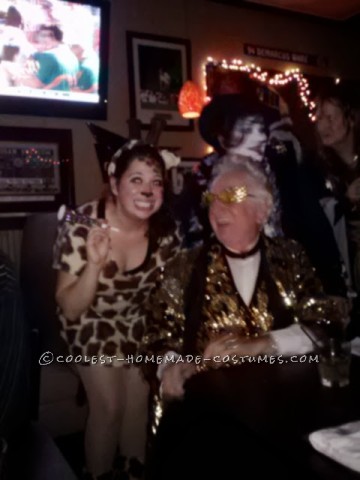 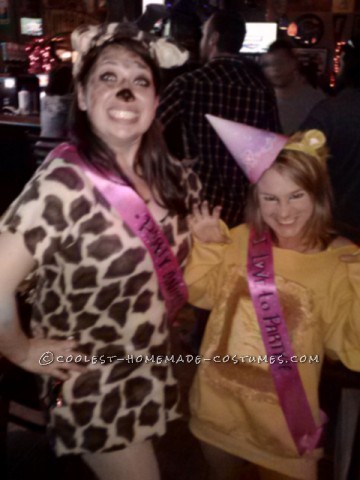 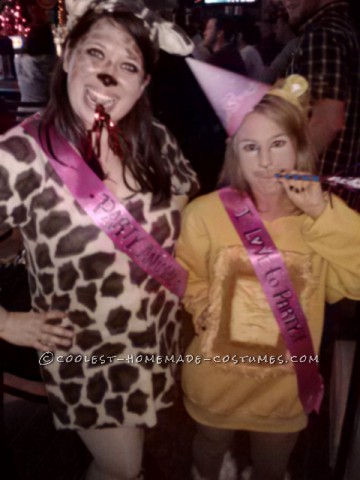