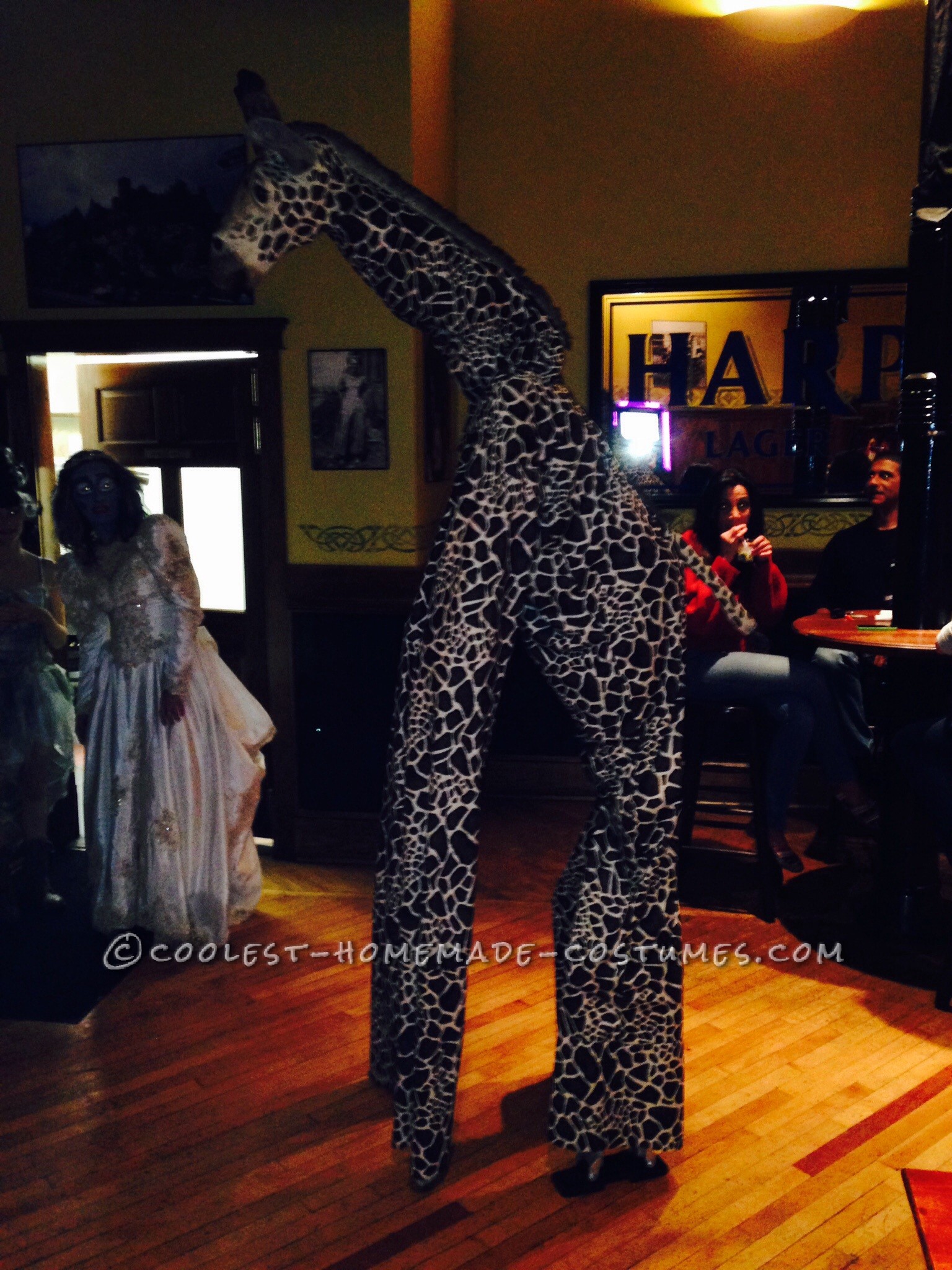 This year I wanted to be a giraffe, so I began about two weeks before Halloween.

I began with using chicken wire as the base of my neck and head. I began with the head first, by bending the wire and tying  it to shape the head portion, then shaped the ears and antler as separate pieces and attached them. Then I used the chicken wire on the neck; I doubled it to keep it sturdy. After attaching the head to neck, I began to tape craft  paper using masking tape, this was to cover the holes and have a base to glue the material to. The next step was to attach my fabric print to the neck using modge-podge. I used a brownish fabric for the head and then painted the detail on by using paint I matched up with the material. Next step was to sew a suit together out of the same material, I used a set of pjs to help with the pattern and made it about four inches larger on each side. Then the sewing began, this took the longest. I attached a button on the crack of the suit by my neck that was buttoned to the head piece to help with the weight. Also, as a side note, I should have put padding around the neck portion for more comfort. I used drywall stilts to stand on and then made stilts that I held in my hands for the front legs, I put some rubber on the bottom of those to help them not slip.

The overall reaction was great, I got an applause when I walked into Lanigans. I felt like a side show with everyone wanting to take a picture with me, it turned out to be a great night. It was great to be above the crowd, I ended up being about 10′ tall. I stayed in costume all evening about five hours, and no, I did not fall. 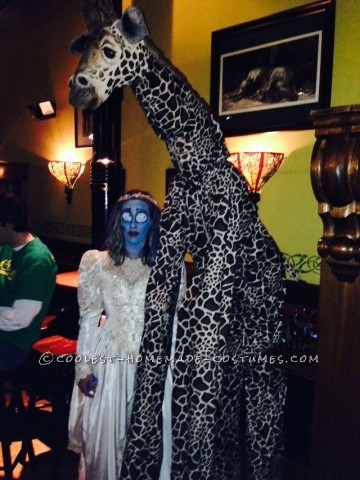 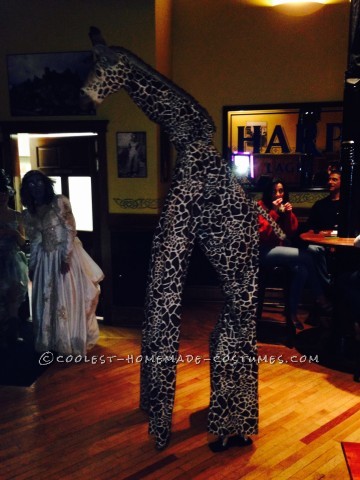 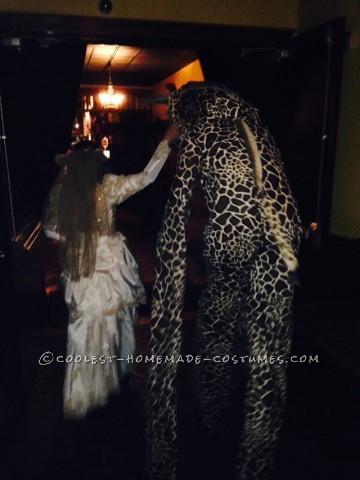 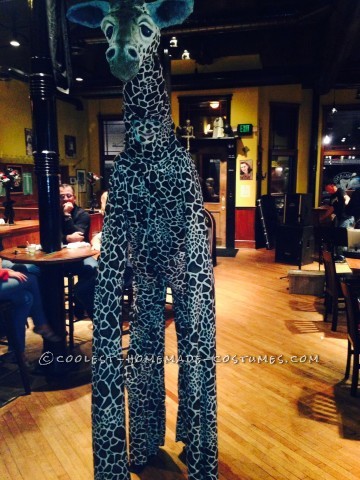 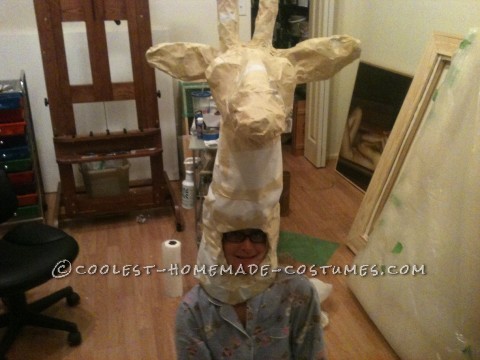