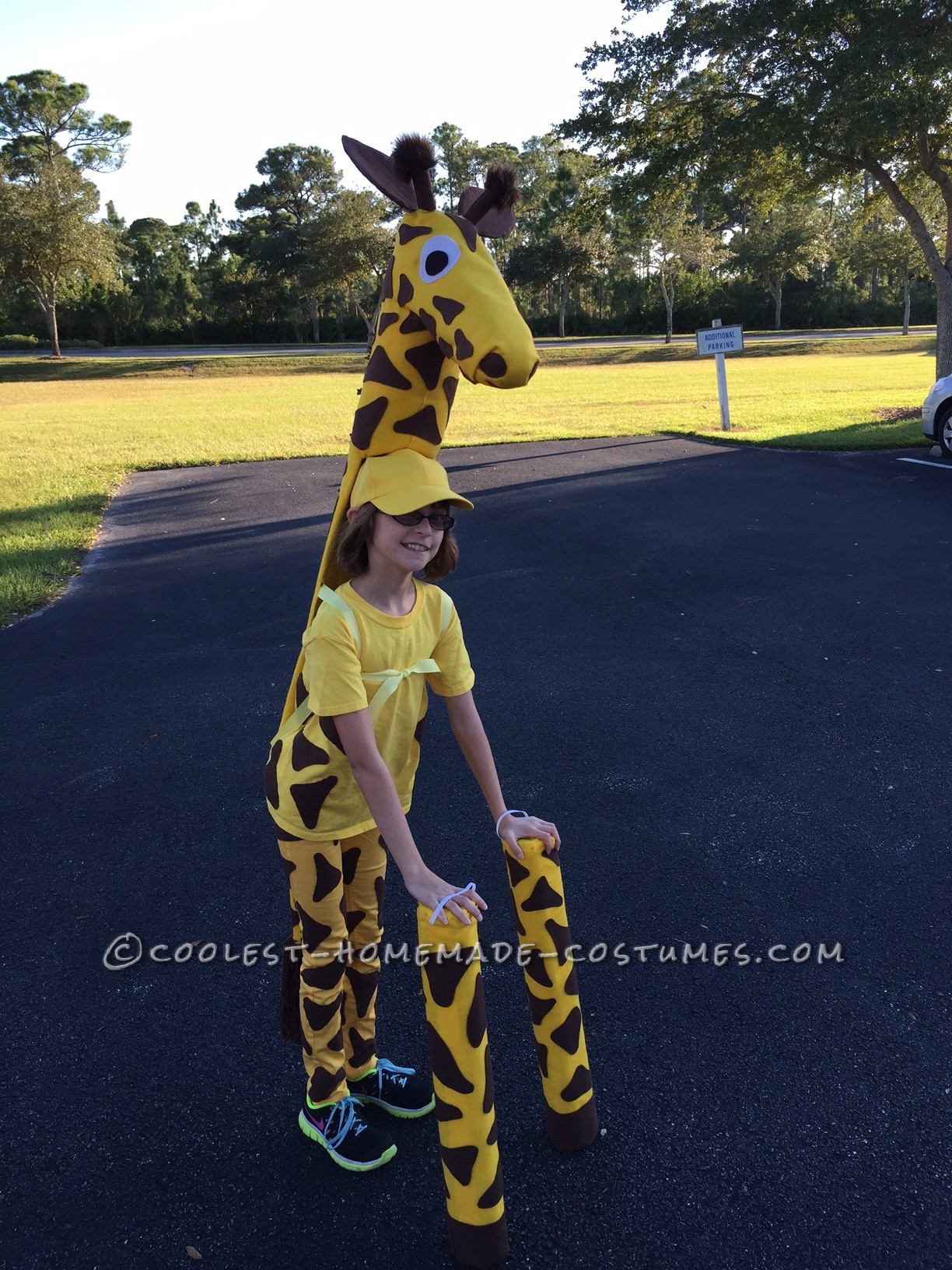 I made this giraffe costume for my 10-year-old daughter mostly out of recycled cardboard, hot glue, quilt batting, and felt. I made a “skull” from strips of cardboard bent and glued together and then covered with quilt batting and felt.

The neck and back were similar, with a larger piece of cardboard scored and rolled up for the neck. The ears and horns are cardboard pieces covered in brown felt, with furry pompoms at the end of the horns. A strip of fringed brown felt down the back formed the mane. For the tail, I rolled up a piece of yellow felt, glued on some brown felt spots, and attached long pieces of brown yarn to the end. I used yellow ribbon to make straps so the head and back are worn like a backpack, with a yellow hat glued inside the neck for extra stability.

The giraffe’s front legs are also felt-covered cardboard. They have elastic straps attached to the tops, so that my daughter could easily switch between posing and walking on four legs and trick-or-treating with her hands free to hold her candy. I covered a plain yellow t-shirt and jeans with more brown felt spots for her to wear with the rest of the costume. She was pretty comfortable wearing this costume, and she even fit through doorways without any trouble, which we were worried about.

She wore her giraffe costume to the very popular trick-or-treating event at our town’s City Hall. She was a big hit walking around the event, and we got a lot of stares and compliments. The best part was when she went running on four legs through a grassy field. She looked a lot like a real giraffe! With her two extra legs, her running style was awkward and graceful at the same time, just like a real giraffe, and it was funny to see. 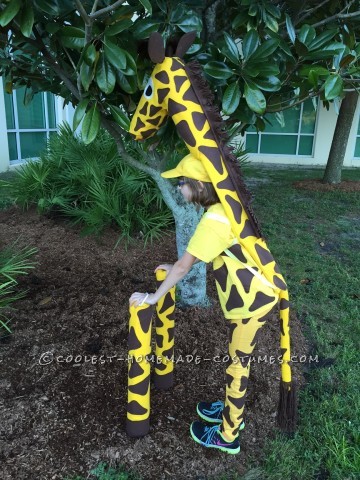 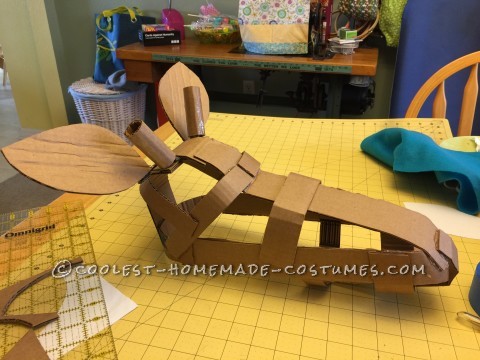