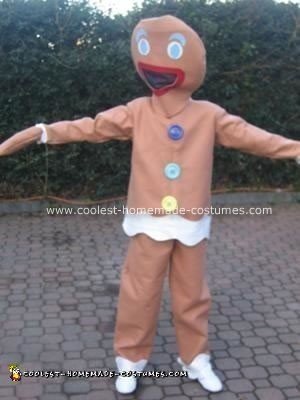 This Gingerbread Man Costume was for world book day for my 12 year old son. He wanted something different and found a picture of a small child wearing something similar and we worked from that. As he was going to be wearing the costume all day we did not want an ‘all in one’ costume.

We started with a pattern for a pair of pyjamas in order to get a two piece costume. The costume was made of felt which I stiffened before cutting out the pattern. We made the mittens by drawing round his hands and then put elastic through from one mitt to the other so that they stayed on.

To cover the joins between trousers and top and between mitts and sleeves we cut wide white wavy felt stripes which we stuck on. The head was made from drawing a circle with a neck piece and joining them together. We stuck the face on and cut a hole where the mouth should be, we then stuck a piece of netting across the gap so that my son could see out but his face could not be seen.We packed the inside with pieces of foam to hold the head at the right height for my son to see through the mouth.

Finally we got some oversized coloured buttons to sew on the front of the costume. 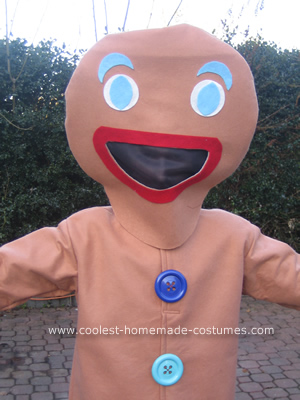 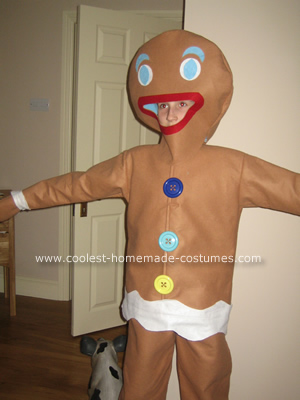