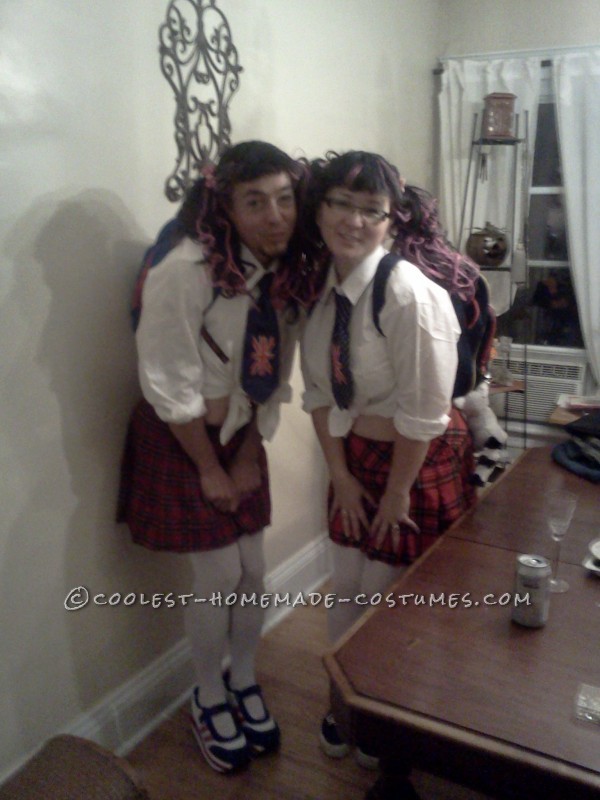 I wanted something completely different for hubby and I, and we love the Austin Powers series, so this was a no brainer! Our  Fook Yu and Fook Mi couple costume took a lot of work, but was so worth it.

Everything I needed was purchased from Value Village and a dollar store, so the total cost for both of us was less than $75! I found plain white men’s dress shirts for both of us that just needed to be tied at the belly, and two kilts that had to be shortened. I bought two blue neck ties, and found a shirt with the Union Jack flag pattern all over it, which I cut out and sewed to the neck ties. I modified two children’s backpacks with stick on foam letters to spell out the twins names, and hung dollar store matching stuffies from each one. I could not find knee high white boots that would fit hubby within our budget, so opted for platform runners with thigh high white tights instead! The wigs were from the Halloween department at VV, I just had to tie them up into pig tails and add some pompom elastics.

When we got to the ball, jaws dropped! My hubby is a great sport, he danced with me all night like a silly school girl. He even battled another contestant in a dance off, maintaining character! We posed for a lot of pics that night, and laughed hysterically at ourselves.

The costume components are carefully boxed up for another year, and I’m having fun on your website looking for ideas for this year’s ball! 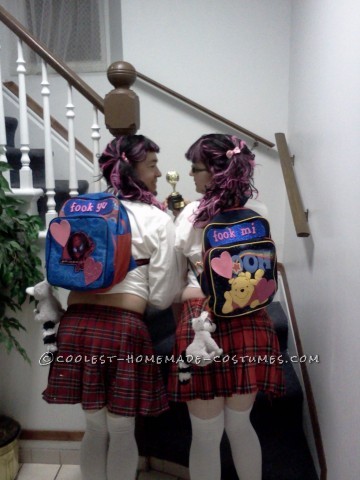 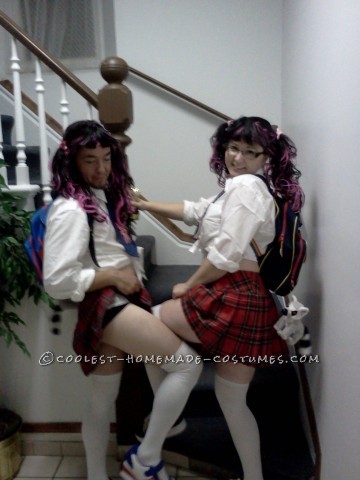