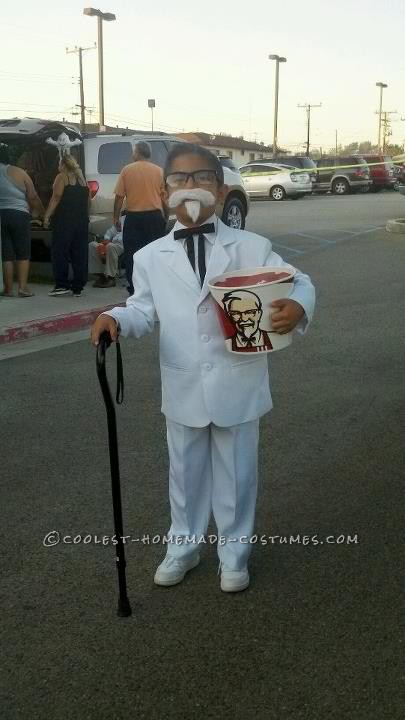 I decided that I was so tired of all these costumes now days that have no originality that I deceived to make my boys. My husband had the idea for my younger son to be the KFC man which was super easy since we had an all-white suite that was used just months prior for his baptism, worked out perfect. All we had to do is spray paint his hair with hair paint bought at Wal-Mart.

As for the mustache and bread we just used the spider web that they sell for Halloween decorations that was about 99 cents. Then we bought some cheap glasses from the 99 cents store. I went to KFC and asked if I could purchase just the bucket and they were really nice, gave it to me for about 50 cents. I went to the near by thrift store for an old cane. The Bowie was the hardest thing to find but after some shopping around I found it on-line.  So this costume ending up being very original and only costing about $5 total..