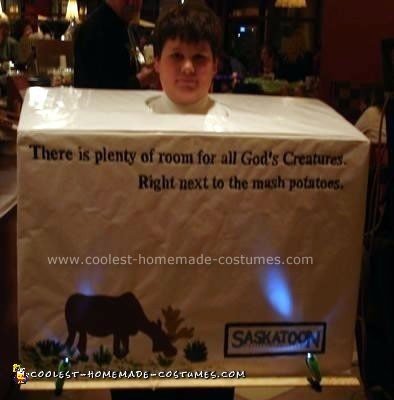 This billboard costume was made a bit easier to do having a projector. My son surfed the web for billboards that he like including taking pictures of local billboards. I then got transparencies made of the pictures. We put them on a projector and used a 15 foot roll of white paper. We traced the projected pictures and colored them with marker.

We placed the paper on two science fair boards that we cut one of the small sides off. We also cut a hole for his head. We glued and stapled the boards together using the small side for the top and made a hole big enough for him to move the billboard from front to back and back to front.

We then bought a ten foot piece of shim wood for the bottom of the bill board and used wire to wire it to the billboard and allow it to look like a billboard.

We used reading lights from the dollar store as the projected lights seen on some billboards. We had him wear black pants since most bases are black and we did enforce the sides a bit.

My son loved this costume and we stopped a lot of traffic. 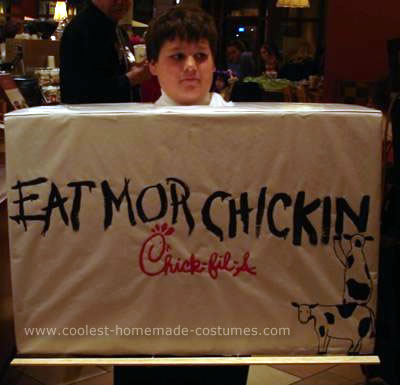