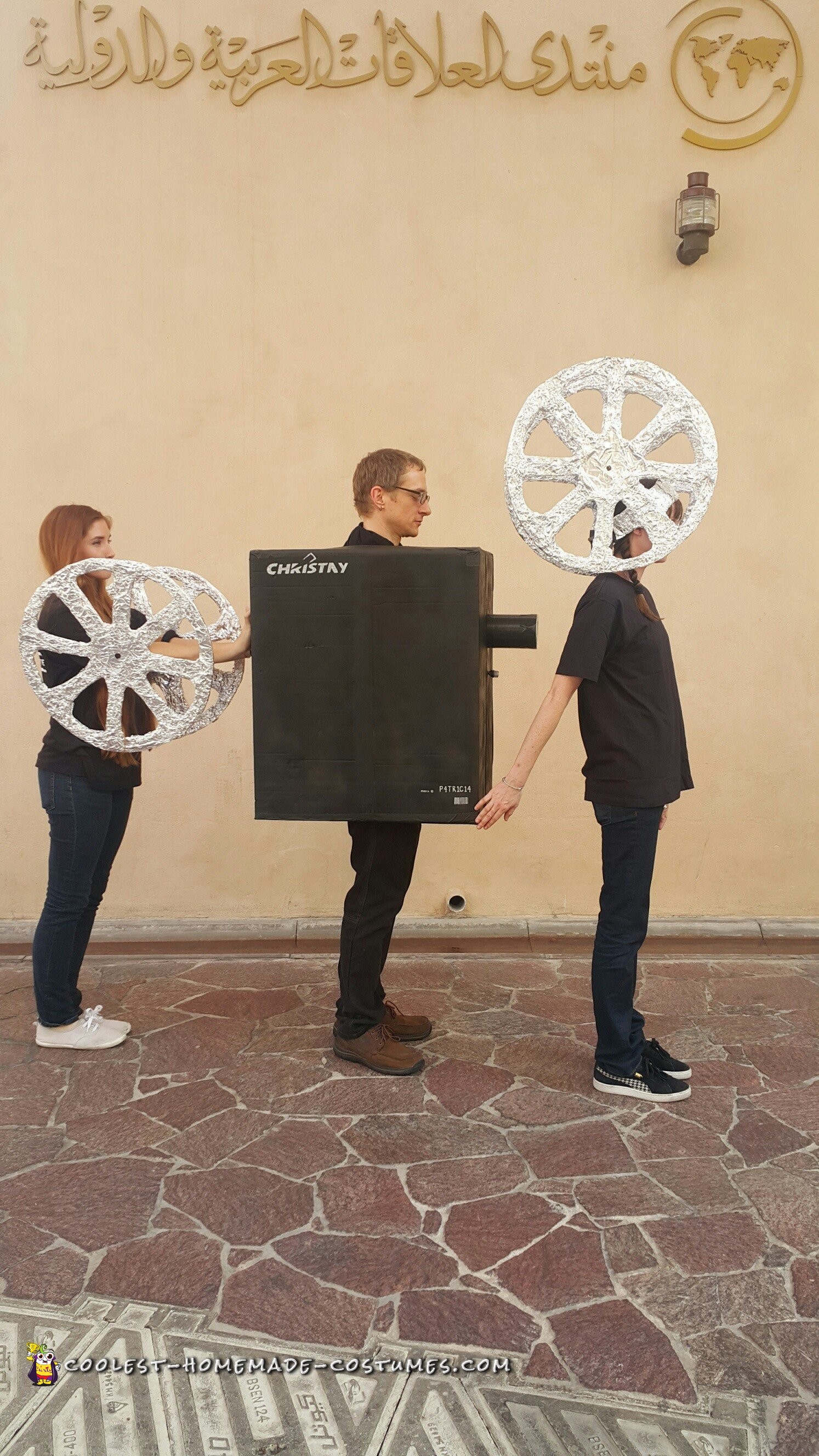 Three projectionists walk into an office.

It’s two weeks out from Halloween and my team and I sat around trying to decide if we should dress up for work. Generally it’s not our style because it’s not easy to find things where we live. Because we didn’t think we were that crafty. But one of us says, hey guys, let’s go as a projector. We all kind of laughed and then stopped as the wheels in our heads started turning. Hold on now. This. Could. Be. Amazing.

It started with a concept, it grew after we started looking up images of projectors to base our design on. Why stop at just a projector when we have an entire production team that could get involved? If we’re going to go 35mm then we should go big or go home. It grew even more when we started putting it together. Why stop at just a costume? Why not try to make it work? There came a point where we actually had to stop ourselves because we were getting far too technical.

What we ended up with was a full run of show. The setting: All Staff Meeting. The players: 3 projectionists and an 8 person movie screen. Once everyone was gathered in one place, we entered.

Christine in the number 9 shirt entered first. Then Minas in number 8. Then Anthea in number 7. The office started cheering. Seif in number 6. Aziz in number 5. Dariusz in 4. Justine, 3. Then the 2-pop – Carrie. She stops at the door, makes her 2-pop sound and hits the lights. Everyone waits.

The projector enters. Chris is the projector; Taylor and I his reels. The strobe flashlight flickers in the lens projecting the logo for our company whenever it hits a wall. Speakers hide inside the projector box playing 35mm sound.

It was epic. People loved it. We loved it. We thought we were super cool when in reality we know it was actually super nerdy. But we also know we will probably never be able to top this. It was fun to plan, fun to do and amazing to share with so many people.

The best part was that it just kept getting better and better. We were excited about the idea. We thought it would be basic but decent. But when we started shopping for supplies and discussing how it would look we started to think about how we could make it work. We started to test the lens, see how we could make an image come out. We thought we could just tape a flashlight in there but there was a hot spot. So we tried to angle it. But being in projection tech we thought, “Hey, why don’t we just de-focus it? Pull the flashlight back?”

We tested different material for the lens and image. We ended up choosing clear tape with finger prints and dirt and black gaff tape for the logo.

Originally we figured we would just print out the countdown numbers on paper and tape it to people’s shirts. That way it wasn’t a big deal for the people we involved in the screen. We thought they’d be more likely to say yes if it was less of a costume. But once we shared the idea, our team didn’t want to tape a piece of paper. They wanted it to look real. So we got shirts made. One guy scoured the internet for vector files and then three of us shopped for T-shirts and arranged printing during an outdoor screening we were running near a mall.

Once we got the lens working and the logo projected we started to think about sound. We could rig bluetooth speakers inside the base and play downloaded sound effects. We searched online and ran some tests and it worked far better and louder than we expected.

When we met to discuss the logistics of how everything was going to run on the day, the director of our department got involved. He had been told briefly what we were planning and wanted to help us make an entrance that everyone could see. When we showed him pictures of our tests and what to expect his face lit up. He. Was. In. Whatever we needed he would help us do.

It was great because of the growing excitement in the team. The reaction of everyone we worked with was pretty damn cool. We knew that we got carried away and perhaps got far too literal and maybe at times realised that we weren’t actually building a projector for a movie theatre and had to rein ourselves in. But we were nerding out and we were nerding out hard. All eleven of us. 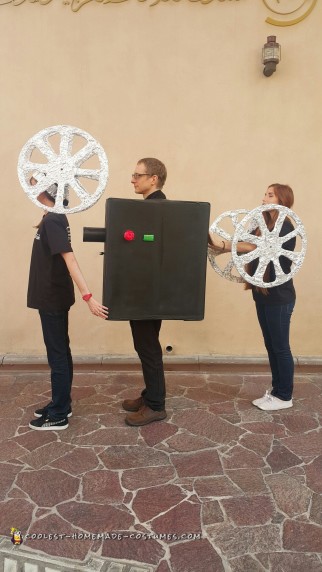 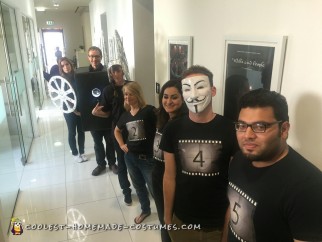 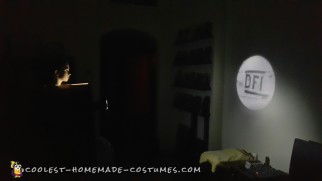 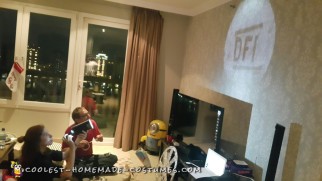 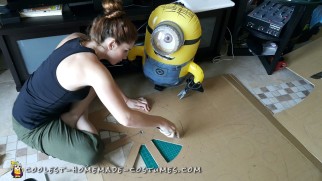 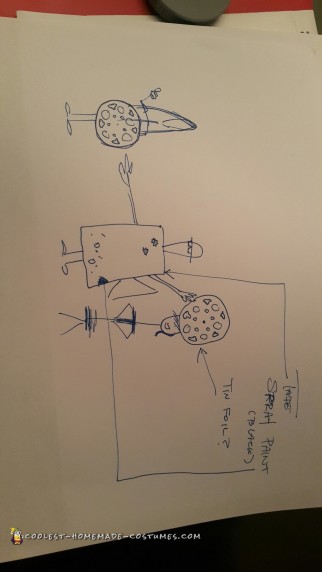 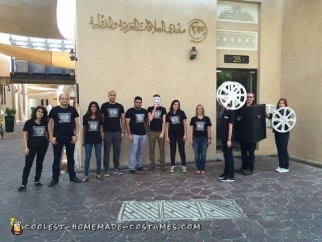