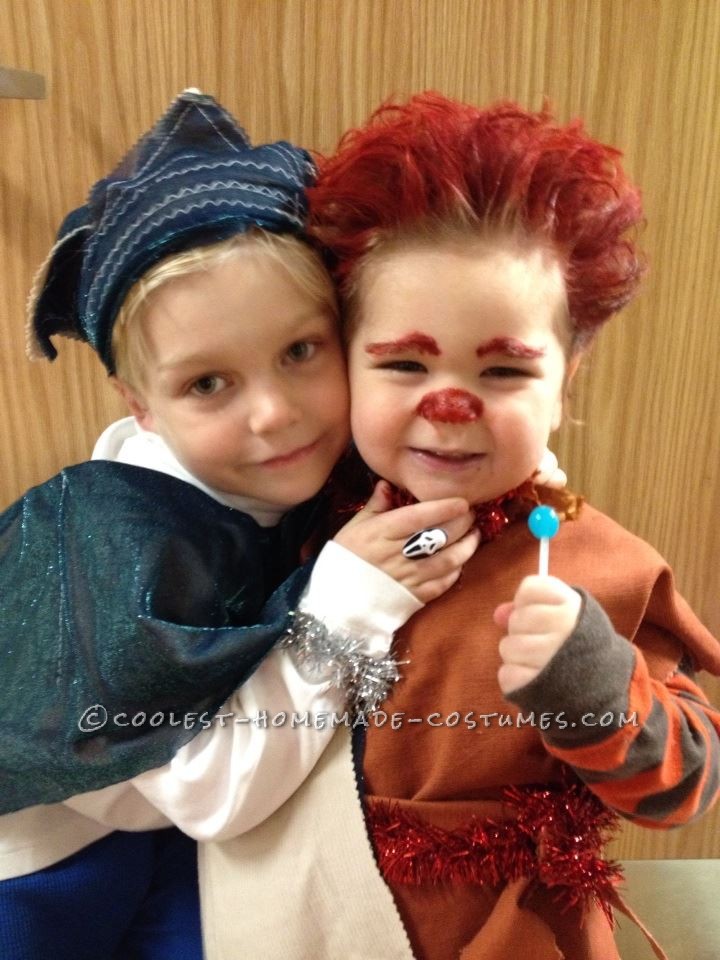 I have made a few homemade costumes before, it just takes imagination. My one son has bleach blonde hair, so he has gone as Billy Idol (when he was just two) and it fit him perfectly.  Then the following year was his little brother’s first Halloween, and they went as Mighty Mouse and Underdog, again homemade.  Last year was another one of my favorite years.  The baby would not do a costume at all, he didn’t like anything about it, so we put his suit and tie on with his dress shoes and he was an absolutely adorable Jay Leno, while his big brother was Denice the Menace.  These were all my ideas, and I would love to take credit for this year’s costumes, but even the idea was not mine originally.

This year’s Halloween costume ideas started last year after dressing my youngest as Jay Leno (it was perfect I must say).  The love of my life just simply mentioned that Gage would make an awesome Heat Miser.  I pondered on it from that point on, and also how my son, Gharrison would also make an awesome Jack Frost, again they both fit their part.  I was just going to do pajamas with a few add ons to make the costumes work.  Then, I thought and decided to call one of my Great friends, Rayann, who has a great gift to mend and create pretty much anything.  I spoke to her about it, and she offered to help.  She is so amazing, she made both costumes in one hour.  The only thing left to do, was finishing touches, a bit of garland and some face and hair paint.  These are some of my favorite costumes. 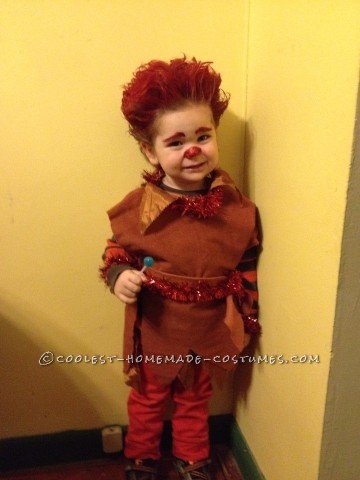