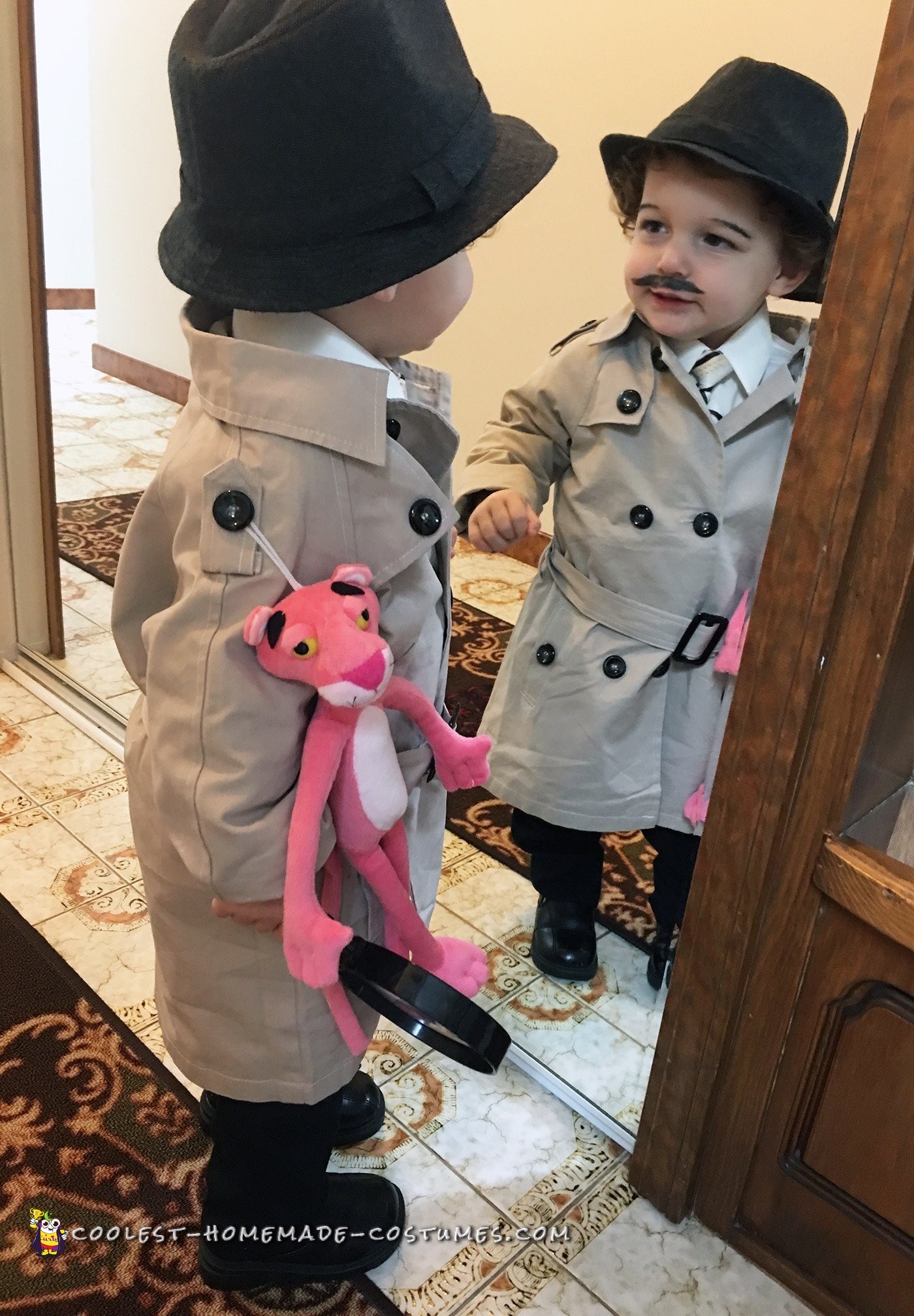 Most people knew who he was even without the Pink Panther stuffy, which was good! And most people were surprised that a toddler would let me dress him up in all those pieces and paint a mustache/eyebrows on him. 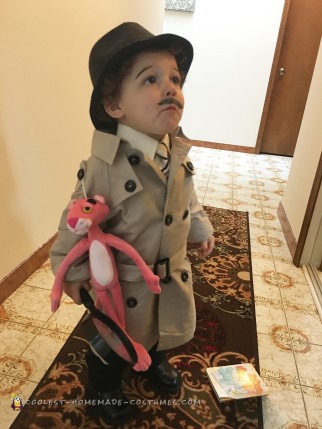